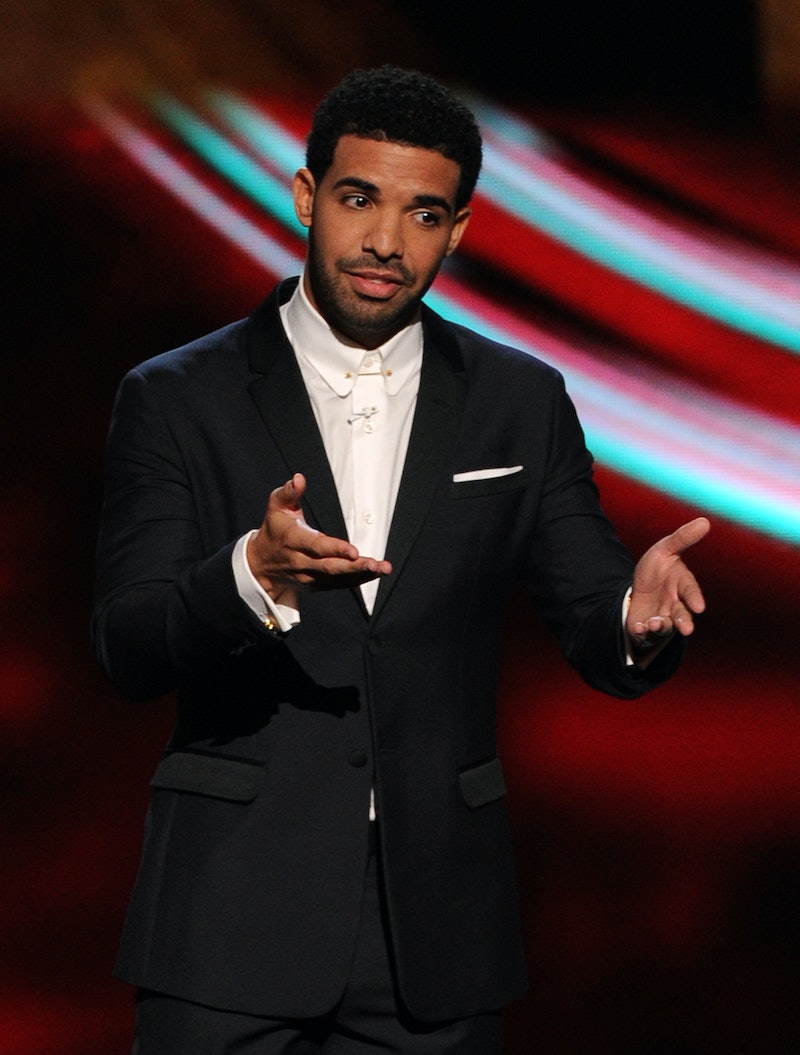 I am an avid Drake fan. I support the surprise albums, the random, weird Drake products, and his social media accounts. This is why I was surprised to see Drake posting on Twitter. The rapper rarely tweets, so I definitely took notice when he sent out more than one message earlier this week. No, it wasn't a love note to Rihanna or some sort of dig at Chris Brown. Drake tweeted about a Drake documentary. But that's not the surprising part. The red flag here is that he was not actually promoting the movie.

Instead, the rapper discouraged fans from seeing the documentary and claimed that he and his record label, OVO, had nothing to do with the film. The people behind the film struck back by suing him and asserted that Drake is only distancing himself from the project to draw attention to his Twitter account and his musical festival, OVO Fest. Ironically, the production company's legal action has brought even more attention to Drake's musical festival and social media accounts.

What is so damning about the film? I honestly don't know. It is not an exposé against Drake or his record label. The movie is called Drake's Homecoming: The Lost Footage that focuses on a 2009 concert in Toronto that Drake put on before he was signed to Young Money. I don't think that it's necessarily a negative film. The issue is pretty reminiscent of your mother joining Facebook and posting unflattering photos of you for every #ThrowbackThursday. It's not definitely bad, but maybe just not the current you that you want to present to the world.

Drake might be in a lot of legal trouble for denying his involvement. Mark Berry, chairman of Attack Media Group and co-executive producer of the film, explained to Complex why he is considering filing a $15 million libel suit: "I can't discuss what's going on legally but there is movement. You can't come online and say it's an unauthorized thing. It's authorized, dude. Because you signed a contract with my client and you gotta honor your contracts."

In addition to Drake's tweet, OVO's publicists submitted a statement to Complex which reads,

To reiterate, OVO and Drake have had no creative input into this unauthorized film project and it is nothing to do with them in any way. Obviously Drake and OVO only put out music and video/ film that is of the highest quality for their brand and what their fans have come to expect and do not want any fans to buy into something that has not come from them.

The most ironic part is that the people behind the film believe that Drake is against the movie because he wanted some sort of scandal to bring attention to his Twitter page, because after her denounced the film he tweeted about the ticket sales for OVO Fest. First of all, Drake already has 21.6 million Twitter followers, so I'm pretty sure he was already getting plenty of social media attention. Second, as a faithful Drake fan, I know that he barely tweets, so if I never see him in my timeline for days at a time, I never think anything of it. But because of this legal issue, you bet I've had a tab open with Drake's Twitter account. So there you go, this made Drake even more popular.