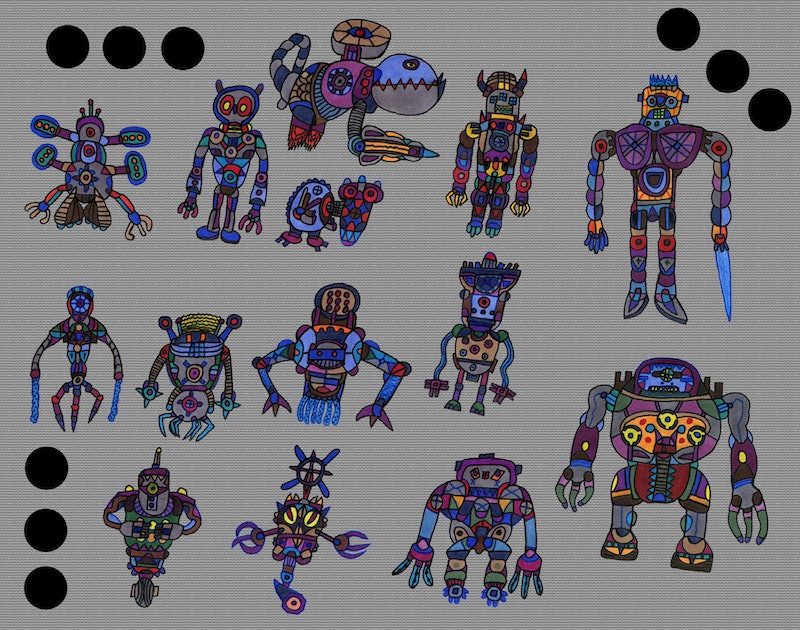 Science fiction — or, as aficionados tend to call it, speculative fiction, because it's based on speculations about humanity's future — has become a seriously mainstream business. The teen market is lapping up futuristic worlds that project today's trends into terrible technological dystopias, from Divergent to The Hunger Games, while adults are going for films like Elysium and upcoming thriller Ex Machina. But it turns out there might be more to promoting sci-fi than just a liking for androids and a fondness for Leonard Nimoy (RIP). Some prominent fans of the genre are also advocating science fiction as a way to make people and societies more ethical. But are they correct, or full of hot space-gas?

Michael Shermer, a prominent advocate for science who edits Skeptic magazine, gave an interview to WIRED this week in which he made the case for science fiction's ethical credentials. And he's not alone. After a series of revelations about the power of reading fiction in general (it turns out that a few hours in the head of a fictional character makes our brains more empathetic) science fiction, which has spent decades maligned as the stuff of "un-literary" readers, is gathering allies as one of the biggest sources of ethics on our shelves.

So do the arguments hold up, or are they just fantasy? Here are six reasons that reading and watching sci fi might make us better people. (Better nab that Isaac Asimov book quick.)

1. Sci-Fi Has Always Been Focussed On Moral Messages

We've been writing fiction that takes scientific issues and speculates about their future for centuries. And it's always had a double purpose: working out humanity's moral knots, as well as geeking out about shiny technology. Venerable French author Voltaire even made fun of humanity's absurdity through the perspective of a visiting gigantic alien in Micromegas (1752).

Science fiction has taken on everything from slavery to mind-altering drugs to the propaganda qualities of television, in many cases decades before contemporary culture had caught up. And even if the story is only focussed on some future invention going horribly wrong, it's still got a deeper human message: the danger of hubris.

2. It's Is Made For Taking On Current Issues In A Subversive Way

Ross Pavlac wrote about science fiction's willingness to tackle pretty heavy contemporary topics: in the 1950s, it took on sociological themes about outsiders, in the '60s, it was allegories for the civil rights movement. Michael Shermer echoes this point, and goes further: because sci-fi is still seen as a little silly by the wider literary community, sci-fi writers have freedom to write about groundbreaking topics in a manner that more serious venues couldn't do.

“It’s a way of sneaking past the censors and the executives the message you really want to deliver,” he told WIRED. “But nevertheless the message is delivered." This freedom means that science fiction can be weird, angry and politically incorrect — and avoid moral criticism, because, after all, it's just sci-fi.

3. Imagination And Morality Are Heavily Linked

It turns out that imagination is a pretty important key to living a moral life. Philosophers, starting with the Scotsman David Hume, have argued that "sympathy" (as in being able to empathize with other people) is a pretty fundamental part of morality, as you empathize with their condition and want to treat them well. Imagination's the secret ingredient in this particular recipe.

One particular cognitive scientist, Mark Johnson, is even arguing that our imaginations are what creates morality in our brains — not our reason or our ability to follow rules. It's pretty heavy stuff, and means that far-fetched, imagination-sparking fiction might actually be exercising our neural "morality muscle."

Whatever your ideas about morals, it's pretty clear that we need to be free to argue about what's right. And science fiction, some serious scholars of the genre argue, gives us that space — by putting absurd new theories and speculations in the light of day.

It's a pet theory of Professor Elana Gomel, who's the head of the argument that sci-fi is necessary to how we reflect and talk about new technology. She says it's all about exploring the ethical boundaries of new science through the possibilities of science fiction, which then provide a "feedback loop" that help us understand their ramifications.

5. The Concept Of Aliens Helps People Push Us Past Prejudice

Anybody who's seen District 9 will know how easily aliens can be used as a metaphor for illegal immigrants and racial divides. But that's not something the film's director made up himself.

Humanity's interaction with "aliens" — and imagining how it should go — has been one of sci-fi's main themes throughout its history, and psychologists are now touting it as a powerful tool in reducing social division.

It's a sad fact of human neural make-up that we're very good at putting ourselves in groups and looking at people "outside" with suspicion. It's called group categorization, and it causes havoc in all sorts of ways: studies show that we're far less empathetic towards people whom we see as outside our "group." But scientists who asked people to empathize or step into the shoes of "outsiders" (the perspective of aliens, for example) saw that brain chemistry actually changed to be more inclusive. Plus, as one of the scientists pointed out, imagining an alien threat might help us pull together as a species against real threats, like climate change.

Guess what? Abstract thinking — the sort of thoughts that start "What if?" — is a crucial stage in the development of our brains. At adolescence, we move from what's called concrete thinking (like "I like oranges" or "That's a blue chair") to speculating, imagining, and exploring different possibilities. It's also when we start to form our own code of ethics. And that's not a coincidence.

Star Trek and its ilk might seem to be doing the "what if" thinking for us — "what if there was a giant spaceship that explored new worlds with strange jumpsuit uniforms?" — but the suggestion that this speculative thinking might lead to something entertaining is a pretty strong one. We're still figuring out how the brain creates and handles its own moral code, but the prefrontal cortex seems to have a lot of control over moral decisions; and that's the area abstract thinking boosts most.

So get your abstract brain on and do some speculating about the future of wifi; it might just help your ethical compass.