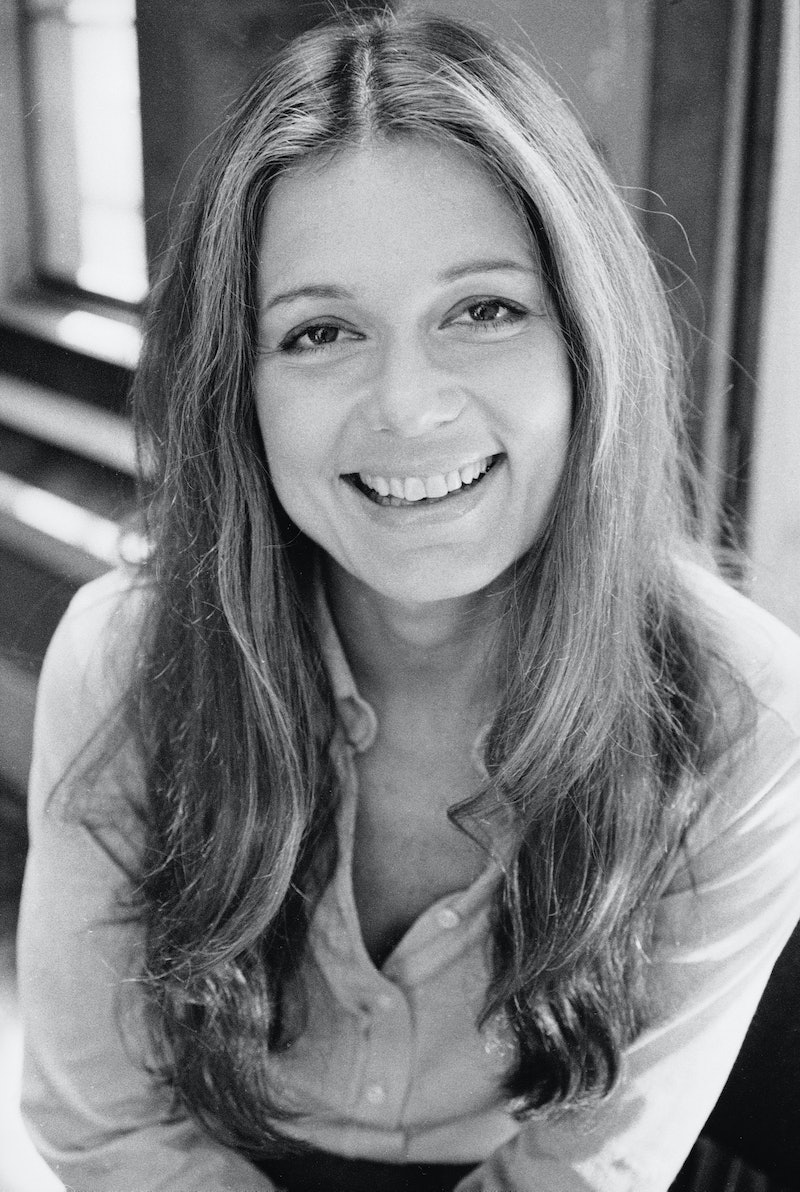 If you are a woman who was born in the 1970s or later, then you probably have Gloria Steinem to thank for something about your life. Steinem played a seminal roll in the Women’s Rights Movement of the 1960s and 1970s, forever changing the landscape for women’s rights and equality. She fearlessly exposed sexism, was vocal about her abortion in a time when most people didn’t dare to be, and when she launched Ms. magazine, she brought domestic violence to light by being the first magazine to ever address the issue on its cover. Over the years, she has continued, of course, to work as a feminist activist and has inspired generations of women to stand for equality and fight against patriarchal oppression, defining ourselves as feminists in the process.

On March 25, Steinem turns 81 years old. She still tirelessly advocates for gender equality, travels the world lecturing about women’s issues, and can even be found rocking that awesome clit ring that we’ve all been coveting. She continues to be an inspiration to us all.

In celebration of the woman who continues to educate the world on the importance of women’s rights — and fights tooth and nail to get it — here are 10 things about Ms. Steinem that will make you love her even more.

1. Steinem Didn't Attend School Regularly Until She Was 11 Years Old

Although she would eventually go on to study government at Smith, Steinem's upbringing made it difficult for her to have a proper and stable education when she was a child. Her family bounced between Michigan, Florida, and California throughout the year. When her parents divorced, she became the primary caregiver of her mother, who suffered from mental illness. It wasn't until she was 11 and living in one place that she could pursue her education on a daily and regular basis.

2. Steinem’s Article ‘A Bunny’s Tale’ Made Her A Household Name

In 1963, Steinem went undercover as a Playboy Bunny at the Playboy Club in New York City, with the idea of exposing the blatant objectifying of women and sexist treatment that the Bunnies endured. Although it was seen as glamorous job that some young women hoped to get at the time, her piece, ‘A Bunny’s Tale,’ which was published in Show magazine, revealed the dark side to working at the world famous club. The article went viral (by '60s standards, that is) and Steinem became a name that everyone knew upon its publication.

3. It Took An Abortion Speak-Out To Make Steinem An Activist

In 1969, Steinem found herself in a basement in Greenwich Village covering an abortion speak-out for an article she was writing. Steinem herself wrote that it wasn't until that moment, despite her expose of the Playboy Bunny Club six years before, that she became an active feminist. As she listened to the women share their stories, each one steeped in oppression, she had a realization:

"In my experience, things were only taken seriously if they also happened to men. It made some sense of my own experience — I had had an abortion and had never told anyone. It was one of those moments when you ask, 'Why? Who said?'"

When New York magazine launched in 1968, Steinem was an editorial staff member. After helping get the magazine up on and off the ground, she cofounded Ms. in December 1971, which originally appeared in the pages of New York as a special edition. By July of 1972, Ms. was officially a publication on its own. News anchor Harry Reasoner gave the magazine six month “before they run out of things to say.”

Needless to say, it's still in print.

Despite having once called marriage a “model for slavery law in this country,” Steinem married animal rights activist David Bale in 2000. (Yes, father to Christian.) Her reason for changing her mind, she said, was that marriage had changed so much since the 1960s. Sadly, the marriage didn’t last longer than three years. In 2003, Bale died from Lymphoma.

6. Steinem Is A Breast Cancer Survivor

In 1986, Steinem was diagnosed with breast cancer. Luckily, it was caught in time, and she was able to beat it. But for Steinem, it was a wake up call. As she wrote in New York magazine, she felt her cancer was the universe trying to tell her she needed to slow down.

"After twenty years, I couldn’t do it anymore. I’d been through five stages of burnout; I got breast cancer; the universe was telling me to slow down. I think about the members of Congress sometimes — they have a staff. A movement person has much more work than a member of Congress, and no staff, really. In a way, a movement is like a campaign that never ends. That Election Day never comes."

Although at first glance Marilyn Monroe might not seem like the poster child for feminism, Steinem never saw it that way. In her book 2013 book, Marilyn: Norma Jeane , Steinem tackled the conflict of being a woman not just in an industry that has a warped definition of what it is supposed to mean to be a woman. She wrote of Monroe:

"So her existence in the culture is this massive mythical figure who exaggerates what women are supposed to be, and thus conceals her real self, is a kind of larger projection of the individual woman for a lot of us. So I got hooked. I got hooked on trying to find out who she was inside that mythic projection.”

8. Steinem Was Heavily Influenced By Gandhi

After graduating from Smith, Steinem spent two years in India on a fellowship. It was during this time that she became fully aware of gender inequality and the damage of racial caste systems. She was also very much influenced by the efforts of another tireless activist, Mohandas Gandhi, and has attributed his work as a chief inspiration of her own.

In addition to being the founder of the Women's Action Alliance, National Women's Political Caucus, Women’s Media Center, Ms. Foundation for Women, and Voters for Choice (and so many others), Steinem also created Take Our Daughters to Work Day, in 1992. Its purpose was to further educate young girls that there is a life outside the home. The first Take Our Daughters to Work Day was celebrated in April 1993, and continues to this day.

10. Steinem Believes It's Time To Teach Men About The Home

In 2009, regarding that the fight for equality is far from over, Steinem spoke out about it being high time that men realize that they’re just as capable of doing what was traditionally regarded as “women’s work” as women are. As she told the New York Daily News that same year:

More like this
Why You're Seeing Green Bandanas At Abortion Rights Protests
By Lexi Inks
5 Ways To Stand In Solidarity With Women In America From The UK
By Sophie McEvoy
How To Fight For Reproductive Rights, Based On How Much Time You Have
By Courtney Young
5 Gripping Books To Read From Women’s Prize For Fiction Winner Ruth Ozeki
By El Hunt
Get Even More From Bustle — Sign Up For The Newsletter