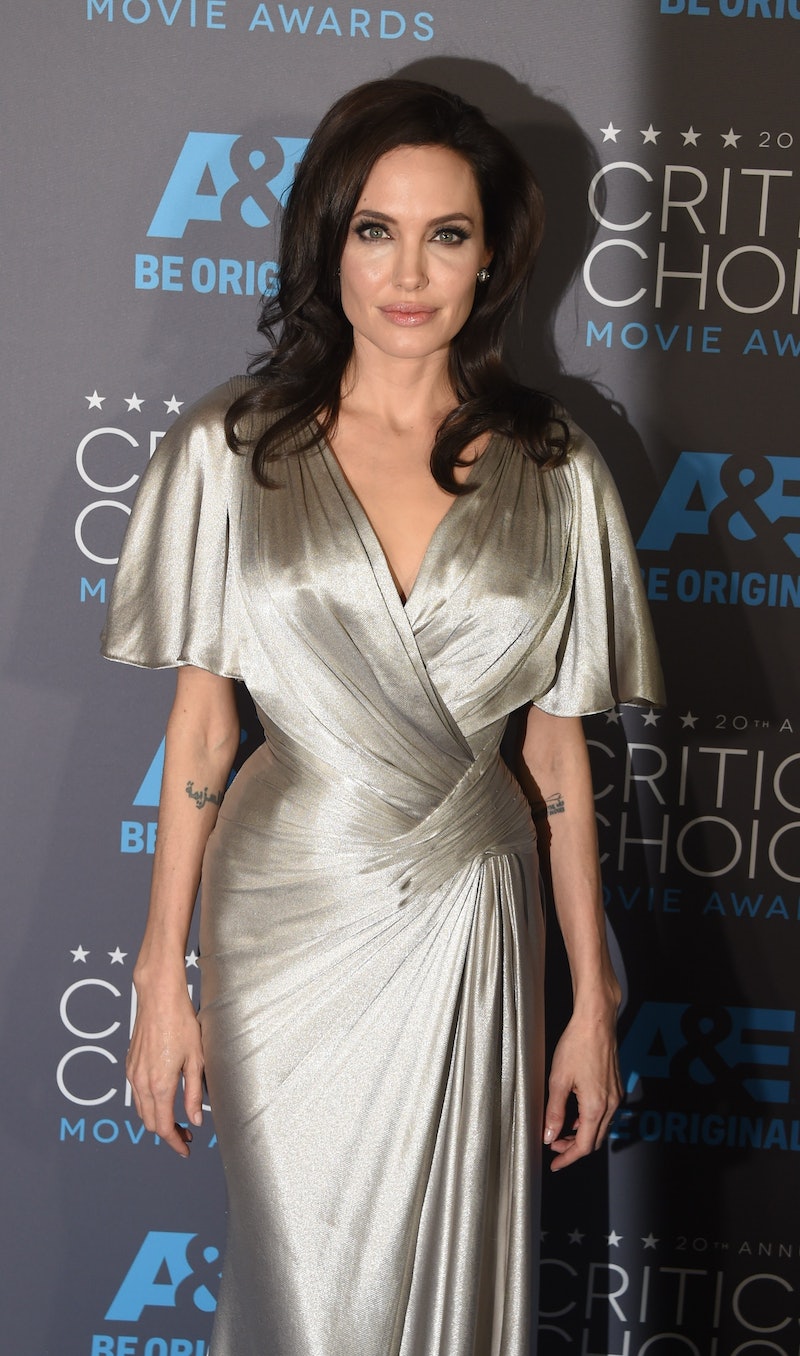 There are many incredible actresses in Hollywood who portray remarkable characters, and one of the most celebrated on and off screen is Angelina Jolie. On Tuesday, Jolie revealed she had her ovaries removed as a preventative measure against ovarian cancer after undergoing a double mastectomy in 2013, both of which show immense bravery and strength. Although she has never played a character whose life reflects her current situation, many of her roles have featured strong women — both physically and emotionally.

The most recent example is in Maleficent , where a vulnerable woman rises from a terrible (and traumatic) situation and ultimately pushes aside her vengeance for a happier, more fulfilling life. It wasn't an easy journey for her or for some of Jolie's other famous characters — like Lisa in Girl Interrupted or Christine in Changeling — but that's what makes their stories so important and worth watching. Some roles were based on real people while others were completely fictional, but either way, Jolie's performances are most captivating when she's portraying a strong woman. To celebrate her bravery onscreen and in her own life, let's look back at four of her strongest roles, focused on the ones with emotional grounds rather than just her kick-ass work as Lara Croft.

Jolie portrays Collins — the real-life inspiration from the 1928 Wineville Chicken Coop case in LA — with pure emotion throughout her journey to find her son, Walter. Although she's met with many setbacks and ultimately does not get a happy ending, she never stops searching, finding strength in herself when everyone around her doubts her.

Although Lisa is definitely not someone to aspire to be, she has been through a lot in her life and is relentless in finding happiness. Unfortunately, that is through abuse and manipulation of others, but deep down, she has some lessons to teach and shows bravery in some of her actions throughout the film.

Mariane Pearl, the wife of kidnapped and murdered Wall Street Journal reporter Daniel Pearl, personally asked Jolie to play this role when her memoir was adapted in 2002. Jolie's performance through the search for Daniel and the aftermath of his beheading was incredible, and Mariane's strength throughout the journey is incredibly powerful.

In addition to the fact that Jolie's physical work is incredible as a CIA operative and this role was originally given to Tom Cruise, she also puts great emotion into her work. She fights to protect those who she loves and defend her name after accusations that she's a sleeper Russian spy. So in this case, Salt is not just physically strong and brave, but she has to fight through a lot emotionally, too.