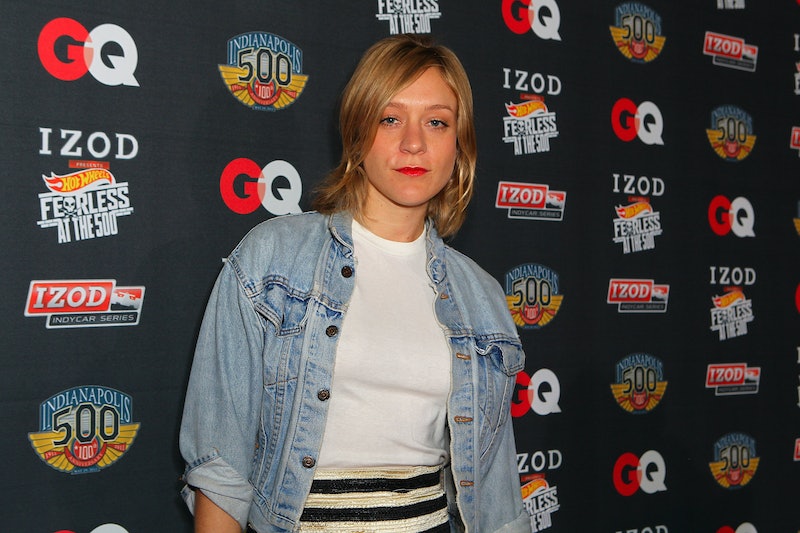 The cast list is starting to come together for American Horror Story: Hotel, and the news is so good it's scary. While Season 5 of FX's anthology show is reportedly losing its biggest name (and repeat Emmy winner), Jessica Lange, her absence will be mitigated by the presence of some absolutely killer talent: chief among them being series newcomer Lady Gaga joining AHS. The singer, who recently slayed Rodgers & Hammerstein at the Oscars, will lead the ensemble cast in an as-yet-undisclosed role. She'll be joined by frequent Murphy collaborator Matt Bomer (Freak Show, Glee, The Normal Heart) as the season's male lead. Wes Bentley from AHS : Freak Show , and Broadway star Cheyenne Jackson (aka Vocal Adrenaline coach Dustin Goolsby from Glee), will also both be Hotel regulars. And now Murphy has added another vet to his already impressive roster: Chloë Sevigny has joined AHS: Hotel.

You may remember the actress, most well-known for her Academy Award-nominated performance in 1999's Boys Don't Cry and her starring role on HBO's Big Love, from her brief but memorable turn in AHS's second season, Asylum. Sevigny played Shelley, a diagnosed "nymphomaniac" who fell victim to evil Nazi Dr. Arden's scalpel... and wound up a disfigured, amputated monster who terrified schoolchildren and haunted our nightmares.

She only appeared in six of Asylum's episodes, many of them strapped to a gurney and subject to horrific experiments. At the time, there were some complaints that the acclaimed actress was underutilized by the show — some which came from the actress herself. "I was kind of disappointed," Sevigny told Yahoo! , "because I wanted to be on the show more." The actress's apparent dissatisfaction with her time on Asylum made Ryan Murphy's casual announcement this morning all the more surprising:

It's nice to see that there's no lingering animosity between Sevigny and Murphy. "Once bitten, twice shy," they say. After her experience with Season 2, surely Sevigny wouldn't have signed on for another go-round with AHS if she wasn't sure that Murphy had a kickass part in store for her. There is so much we still don't know about Hotel, so there are so many possibilities for Sevigny to play... especially given that she's only the second confirmed female cast member so far. (Which is strange, after two very heavily female-centric seasons.)

So who will Sevigny play? A sexy-but-mysterious hotel maid? A wealthy socialite who resides in the hotel's penthouse suite? A ghost hunter who comes to research the hotel's paranormal activity? As long as she's not bedridden the whole season, I'll be a happy camper.