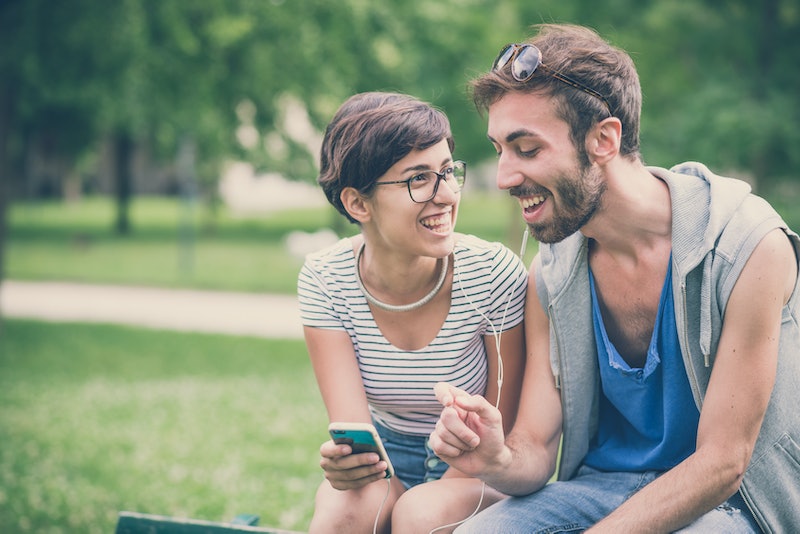 It has happened to all of us: The person we are crazy about is giving us mixed signals. If we learned anything from Ben/Felicity/Noel, Ross/Rachel or Piper/Alex, we learned that relationships are really, really complicated, especially when you can't tell whether he or she just wants to be friends or wants something more.

Ugh, it sucks. We really want to believe that the person we're into knows we're a catch (because they should!). But it's quite possible that very same person who we're crazy about has already placed us in the friend zone for whatever reason. You've tried decoding text messages and asking friends' opinions, but it can still be tough to know what he or she is really thinking.

If you think someone is amazing, but you're getting cool vibes back from him or her, it's usually a warning sign. Unfortunately it’s a kind and gentle way of telling you that he or she is just not that into you, says Dr. Paul Hokemeyer, a marriage therapist.

But don't sweat it too much. It's that person's loss — you deserve a person who's just as head-over-heels for you as you are for them. If you're still wondering where your crush stands, here are some easy ways to tell the person you're into just wants to be friends.

1. Body Language Can Say It All

If he or she is into you then they'll want to have sex with you eventually, so their body language will show signs of this, whether he or she is touching you, leaning in toward you, or mirroring your body language, says sex coach Sienna Sinclaire.

2. Are They Asking You Out?

If you're always initiating the conversations and the get-togethers it's a sure sign that you're friend-zoned, says John Boese, Co-Founder of GoFindFriends.com. That includes when he or she responds slowly to emails and texts. They aren't obsessively checking their email all day to see if you've written so they'll only get back to you when they have some free time. We all know how frustrating that is.

4. Are They Rescheduling Plans?

If he or she is really into you, they'll do whatever it takes to spend time with you. If they push things off, you may not be that high on their priority list, says Boese. It may hurt to realize that, but it can also save you a lot of time in the long run.

5. Do They Talk To You About Their Dating Problems?

If they talk to you about other people he or she is interested in and even ask for your advice on how to approach them, it's a sign they think of you as friends, says Anita A. Chlipala, a marriage and family therapist.

If he or she is telling you about other people they like, it's not about making you jealous. It doesn't mean you're not good enough. It simply shows he or she is not interested in you romantically. And you know what? That's okay. Let him or her date those other people, then. You don't have time for that.