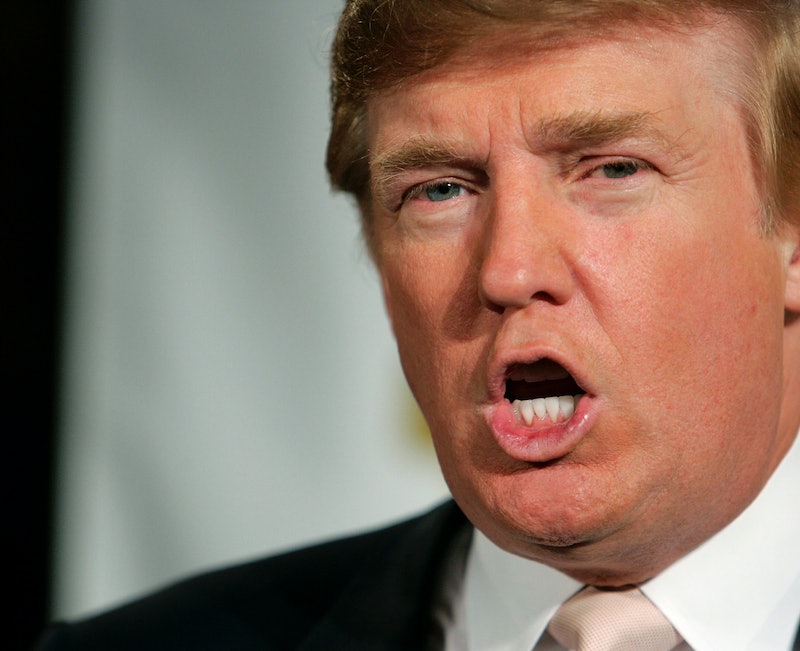 Cast your mind back to the rather insane "birther" debacle that hit the 2008 election campaign, with Donald Trump leading the charge. Well, I hate to say it, but the Donald is back, and he might just be running for president. But this time we might see Trump running "birther" attack ads against Ted Cruz. The problem: like Obama, Cruz is wholeheartedly eligible to be the president of the United States.

During an interview with My Fox New York Trump went off against Cruz's birthplace:

He was born in Canada. If you know and when we all studied our history lessons, you are supposed to be born in this country, so I just don't know how the courts will rule on this.

Only a little bit of snark there. Well, things only got worse when he said: "It’s a hurdle. Somebody could certainly look at it very seriously." Oh my; Trump might just be that "somebody" who starts an investigation. We've seen it once, and very unfortunately, it could happen again.

Well, sorry Donald, but that's already been done. The Congressional Research Service determined that anyone who is a natural born citizen can run for president, meaning:

Cruz's mother is American by birth, and Obama's was too. That alone stipulates being a naturalized American citizen. But Trump still doesn't understand that the actual place of birth doesn't matter. Logic might close this case, but given Trump's recent comments, if he decides to run, he might make Cruz's legitimacy to campaign for the presidency a part of the debate.

Yeah, I'm not looking forward to this one. It's been almost 6 years since the "birthing" mess started, and Trump still isn't over Obama. The heat of another campaign cycle will just fuel the fire of this mess. There are over a dozen potential GOP candidates, and all of them will have to go except one. Trump might use this argument as his card during the election to try to take out an opponent.

If anything, such a crusade might cause Trump's ruin more than Cruz's. Or it might just get him a lot more attention and airtime. That just might help boost viewership when he goes back to appearing on The Apprentice — after all, he could probably use some experience shadowing somebody else before actually running for the Republican nomination.