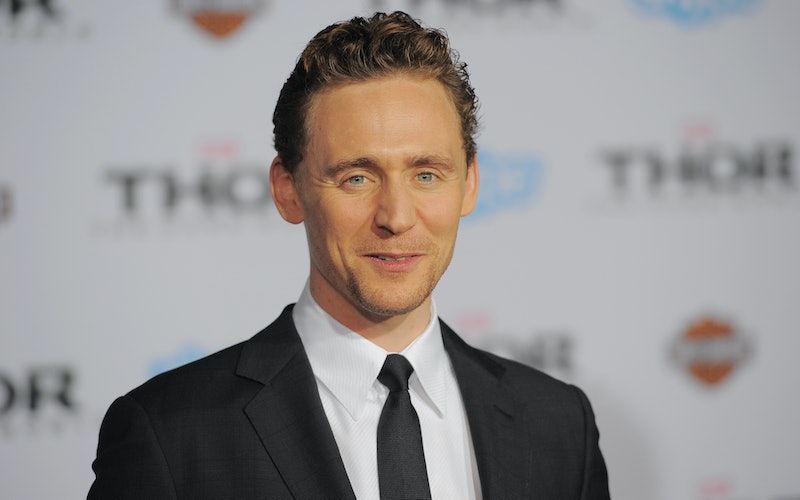 I think it's fair to say that this is a pro Tom Hiddleston space. He's the perfect (and the last) of your imaginary Internet boyfriends, always making you mix CDs exuding politeness, intelligence and charm. Plus he's a banging actor, blending a handful of indie project and sandwiching it with a recurring role as the super villain in one of the biggest movie franchises of all time. Yes, there are many reasons to love Hiddleston, many characters he's lent his lovely face to, but the question is, what does your favorite Tom Hiddleston role say about you? And, more importantly, what you would find on your Tumblr feed, the veritable window of your soul?

I know this is a hard pick, but I really need you to soul search. Is it Loki in Thor? Loki in The Avengers? Loki in Thor: The Dark World? Loki in the next several films Marvel's putting out next month? The mind boggles, but once you've figured it out, I'm there for you.

As with anything, realize that I know 0 percent of your life, so don't take my assessments as truth. But if you're curious and have a minute to kill, here's what I think your favorite Hiddleston role will say about you and your quirky social media presence.

What Is Says About You: You're patient, mature, and can sit through the most melodramatic Broadway plays. You still appreciate Titanic on a cinematic level rather than a nostalgic, ironic way. You can play piano, not great, but good enough.

What It Says About You: You read Fifty Shades of Grey, but for the sex scenes, or at least that's what you've told everyone. You smoke e-cigarettes because you hate actual cigarettes but think the act of vaping generally makes you look more attractive.

What's On Your Tumblr: Quotes about love and passion superimposed over a black and white photo of someone's mouth doing sexy mouth things.

Adam from Only Lovers Left Alive

What It Says About You: You love David Bowie without limit, and are even forgiving of his role in Labyrinth. Every guy you date has an alt-boy hair cut. Your room is constantly clouded with incense smoke, and your mom HATES that.

What It Says About You: You like your American Classics like you like your Tom Hiddleston: understood solely from anecdotes off wikipedia. You had a Klimt poster in your freshmen year dorm.

What's On Your Tumblr: Pictures of anonymous girls with perfect messy buns, holding coffee, looking wistfully out of a rainy window.

Loki from Thor, The Avengers, Thor: The Dark World, Avengers: Age of Ultron and Every Movie From Now Until Forever

What It Says About You: Squidward is your favorite Spongebob character. You have very strong feelings about Doctor Who. You make a killing when Spencer's Gifts has a sale on superhero merchandise.

What's On Your Tumblr: Avengers as Disney Princesses, Avengers as Pokemon, Avengers as cats, and about four thousand pictures of Loki reblogged with your own insightful comments of "HNNNG" and that one Snape gif that says "My body is ready."