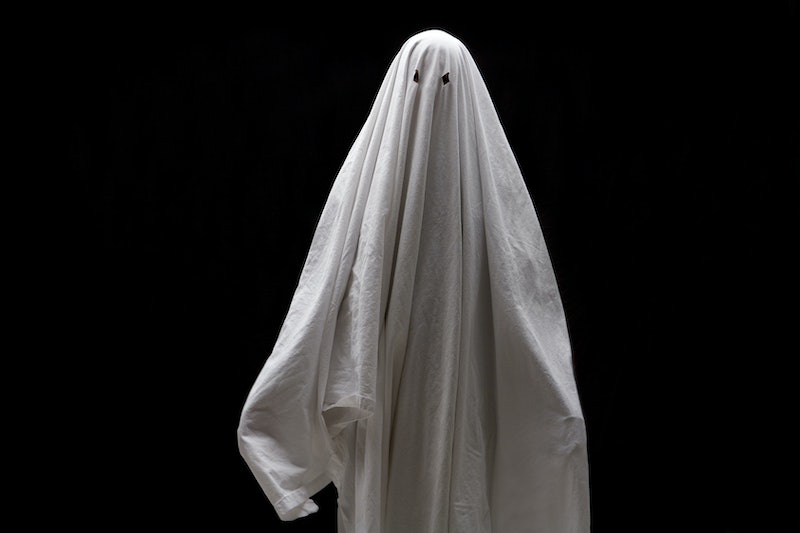 There are dating sites for potheads, cat ladies, and sea captains, and now, there's a place where fans of the supernatural can find love free from the critical eyes of skeptics. The Supernatural Dating Society, created by "mentalist" The Amazing Kreskin, was launched this week for "enthusiasts of the paranormal, the unexplained, the mystical, [and] the implausible." In an interview with Cosmopolitan, Kreskin says it's the ideal locale to meet someone to explore a haunted house with or to discuss your views about alien abduction. He hopes those who sign up for The Supernatural Dating Society will finally be able to not "feel embarrassed or humiliated or like they're a kook" when meeting someone new.

As a person very interested in all of the phenomena this dating site covers, I am thrilled that there's a place to conjure up some love interests that won't run for the hills if you mention that you carry a gris-gris in your purse, own a plethora of oils with spiritual intentions, and don't take chalk circles lightly. For every girl who sets up a manifestation altar at home, there's now a guy out there to light her candles. I can already imagine the types of men that will flock to sign up — although, as with all online dating, not all of them will be keepers. Here are five types of guys you might meet on a supernatural dating site.

He's aloof. He's gorgeous. He has a photographic memory. And he truly believes the truth is out there. As a bonus, the Fox Mulder type is able to move successfully through the "straight" world while keeping his convictions about conspiracy theories and the supernatural intact. His picks for date night might involve a picnic at an abandoned government outpost or some place that looks like Area 51 — but with wine.

This guy will only go out with you if your signs are compatible. Forget your sun sign, he'll need to know your moon sign, you ascendant sign, and all the planets' positions the moment you were born. Beware of making firms plans with him however, as he's likely to cancel on a whim if Mercury is in retrograde.

When you meet him, he seems too good to be true. You have so much in common, have a great first date, and find out that he's just as into turn-of-the-century hauntings and poltergeists as you are. As his interests in unexplained phenomena would suggest, however, one day, he'll probably ghost you, too.

Whether he has a personal experience with abduction or just grew up watching a lot of Alien or Species, this guy can be a little bit paranoid. You're out at the park and notice a patch of grass that looks a little different? Crop circle. Radio hits some static while you're driving to a show? They're listening. Just roll with it, because who are you to say we're alone?

Skeptics don't believe this guy is real — but that's why you're on a supernatural dating site! Be careful what you think or say around the psychic type. Whether he's straight up psychic or just a powerful intuitive, he's going to pick up on exactly what you're putting out (consciously or unconsciously). Sounds like the ideal man, right? Actually, yes. Yes, he is.