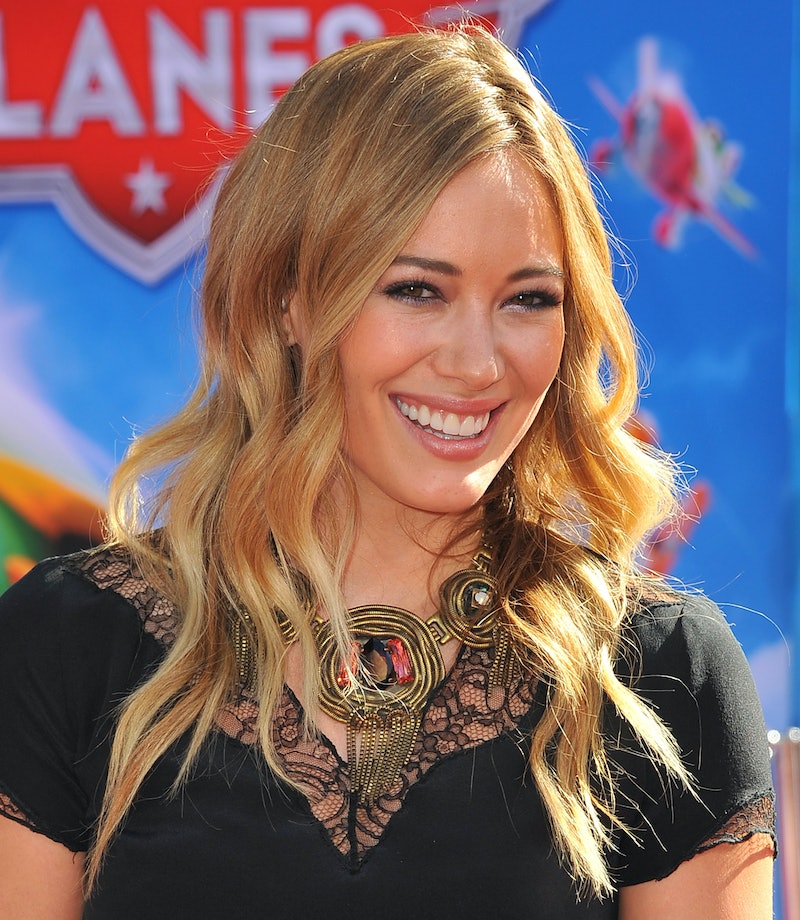 Who's ready for some brand new spanking music from Lizzie McGuire? Well, the time is almost here for Hilary Duff's new single "Sparks." To hold fans over until the official release, Duff gave fans a look at her single cover, and, yes, it will make you that much more excited to hear her upcoming song in its entirety. On Thursday, Duff took to Twitter to unveil the cover art for her latest single and never has the actress/singer looked so good.

As you can see below, the entire cover is in black and white, save for the light pink (or is that peach?) lip Duff is sporting. "Sparks" officially drops on April 7 and the singer seems to be just as pumped as her fans are, especially based on the caption she accompanied with the photo. It reads,

Love that you guys are enjoying "Sparks" can't wait to share the full song with you on April 7th!

Also, on Thursday, Duff previewed a snippet of "Sparks" alongside a sneak peak of her new show, Younger, which debuts Tuesday on TV Land. She might have been out of the spotlight for some time now, but there's no doubt that Duff is making a strong comeback.

I don't know about you, but I can't wait to see what else she has in store for us!

More like this
Rihanna Is America's Youngest Self-Made Woman Billionaire, According To 'Forbes'
By Hugh McIntyre
Britney Spears’ Honeymoon Plans Include Watching This Movie With Her Husband
By Grace Wehniainen
Adele Says It Would Be “Wonderful” To Have Kids With Boyfriend Rich Paul
By Jake Viswanath
Lizzo Proved She’s Team Jeremiah During Her ‘The Summer I Turned Pretty’ Review
By Grace Wehniainen
Get Even More From Bustle — Sign Up For The Newsletter