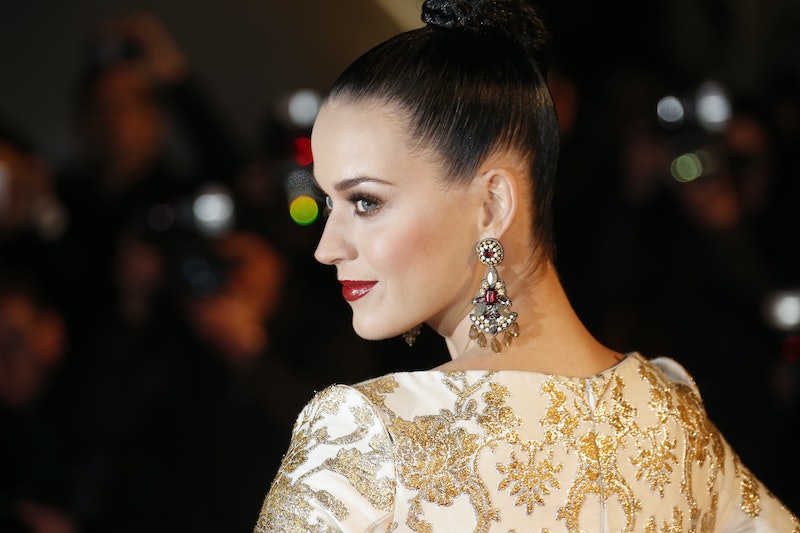 Major pop stars are notorious for crazy demands. Ariana Grande allegedly won't let photographers snap pics of her right side. Rumor has it that Mariah Carey will only sleep when her room is at rainforest-level moisture from her 20 humidifiers. And if a phone rings in Britney Spears' dressing room, the venue will pony up big bucks. So it wouldn't surprise me if Katy Perry, arguably one of the biggest pop stars on the planet, had a few bizarre requests of her own. Unfortunately, if you're looking for diva behavior, it won't come from Ms. Perry's tour rider — at least, according to Perry.

On the red (or, rather, pink) carpet for the Los Angeles screening of her new concert movie Katy Perry: The Prismatic World Tour, Perry opened up about what was really on her rider — and even she admits it's a little, well, boring:

We have really healthy snacks. It's actually so boring because if you have really good snacks, you'll just snack. So we have a lot of kale, and a lot of that really dry fruit situation, a lot of probiotics... I know, I sound like a super Mom... It's really not crazy.

Yep, not crazy at all... though it does sound like Perry should maybe start a fitness blog. Of course, healthy food isn't the only thing on her rider.

So there you have it: the things that make Perry happy on tour are baby wipes and sliced turkey. Sometimes a girl just wants the simple things in life.