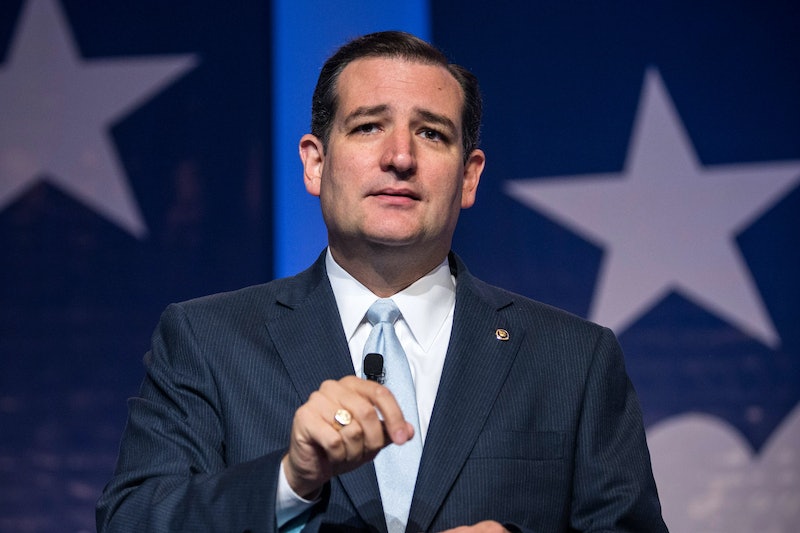 Texas Republican Senator Ted Cruz is a bold guy, if nothing else. Happy to occupy the high-profile slot as the first officially declared GOP presidential candidate in 2016, and to suck up all the coverage he can get while he holds that exclusive title. But there's another fact about Ted Cruz, a dirty little secret, if you will — he says a lot of flatly foolish things, and relies on his confident-sounding down-home patter to keep anyone from noticing. Case in point: Ted Cruz compared himself to Galileo over climate change denial, and everything about it was so, so wrong.

While you may not have been aware of Cruz's views on climate change, it probably shouldn't come as a huge surprise to learn he's not so sure about it. The Republicans have been dancing this intensely hazardous dance for years, represented recently by one of the slimier evasive answers in politics: "hey, I'm not a scientist." Cruz, to his credit, is more honest than this — he'll come right out and tell you that he knows the real science, and climate change isn't happening. It's not true, of course, but there's something to be said for having the courage of your convictions.

Anyways, this brings us to Cruz's recent interview with the Texas Tribune, in which he took a curious detour through history. Asked about his climate change denial — or "skepticism," as its proponents generally prefer it be called — Cruz unleashed an ahistorical atom bomb, claiming both that he was like Galileo, a science-driven man persecuted by the wrongheaded orthodoxies of his time, and that Galileo proved that the Earth was not flat.

I am the child of two mathematicians and scientists. I believe in following evidence and data. And the global warming alarmists, anyone who actually points to the evidence that disproves their apocalyptical claims, they don’t engage in reasoned debate. What do they do? They scream, ‘You’re a denier.’ They brand you a heretic. Today, the global warming alarmists are the equivalent of the flat-Earthers. It used to be, it is accepted scientific wisdom the Earth is flat, and this heretic named Galileo was branded a denier.

As detailed by the Washington Post's Chris Mooney, there are precisely two monumental problems with this.

In other words, gosh, he pretty much got the whole thing wrong! This is the peril of doing a spontaneous, rangy interview, I guess — sometimes your neat little attack lines get undercut by your own lack of historical knowledge. It would probably be funnier if it weren't being leveraged for such a dismal cause, but it must be nice for the Democrats to see that presidential candidate Cruz is still his usual, freewheeling self.