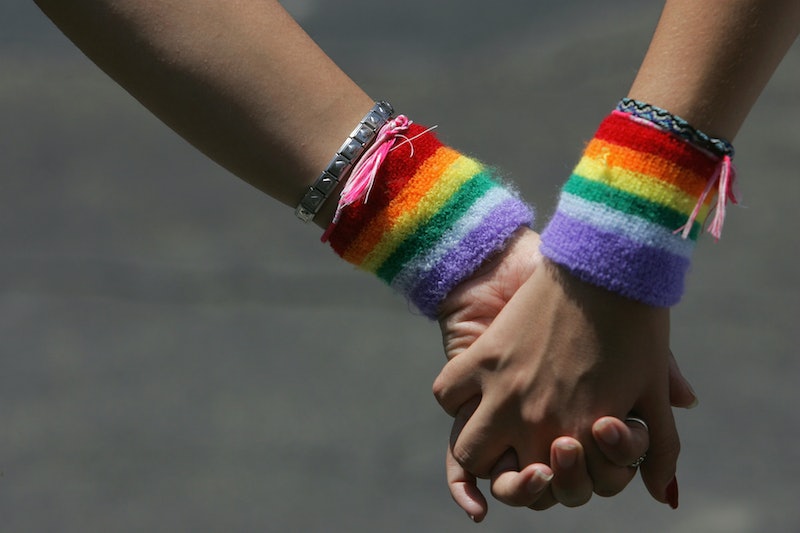 State Governor Mike Pence has confirmed that Indiana’s controversial Religious Freedom Restoration Act, which was signed into law Thursday, will remain unchanged. The law, designed “to prevent laws that substantially burden a person’s free exercise of religion,” has come under fire for allowing businesses to reject gay customers in the name of religious freedom, according to CNN. In an interview with ABC aired Sunday, Pence denounced the outcry as “shameless rhetoric,” but has said he would support legislation to “clarify the intent” of the new law.

Pence signed the Religious Freedom Restoration Act into law earlier this week instigating protests outside the Indiana Statehouse. Critics have said the law, which bars the government from making business owners act against strongly held religious beliefs, is effectively a “road map” to bigotry. But the Republican governor told ABC’s This Week, that the law was designed to strengthen First Amendment rights rather than discriminate against certain individuals. He refused to answer six specific questions about whether the law would let business owners turn away LGBT customers. "We're not going to change this law," he said.

Last month, Bustle’s Abby Higgs characterized the law as signifying “that, while freedom of religion is an unalienable right all Indiana citizens shall enjoy, freedom to be a minority is not. Because it 'burdens' another person’s religious rights.” Freedom Indiana campaign manager Katie Blair called the law a “license to discriminate” that would ruin the image of Indiana. The economic backlash — in terms of the withdrawal of significant companies and conventions from the state — has already begun. Star Trek actor, LGBT activist, and social media star George Takei has called for a boycott of Indiana — and when Takei speaks, people listen.

But Pence's ABC interview makes clear that he is unrepentant and unimpressed with the strident response. He claimed the issue is misrepresented by its critics, and insisted that the law has bipartisan support. President Obama and Nancy Pelosi, Pence claims, have supported similar legislation. He referred to a religious freedom law that was passed unanimously in Illinois during Obama’s term as state senator. “After last year's Hobby Lobby case,” he said, “Indiana properly brought the same version that then-state senator Barack Obama voted for in Illinois before our legislature.”

When asked to comment on Pence's assertion, White House press secretary Josh Earnest did not dispute the facts. "Look," he said, "if you have to go back two decades to try to justify something that you're doing today, it may raise some question about the wisdom of what you're doing."

Pence has at least conceded that he would welcome legislation to define the intent of the Act. In a Saturday interview with The Indianapolis Star, he said he had been in discussion with legislative leaders over the weekend, and expected a clarification bill to be introduced in the upcoming week. Pence did not elaborate on the nature of the clarification, but did assure readers that making LGBT residents a protected legal class in Indiana was “not on my agenda.”

He said he was surprised by the vehemence of the Act’s negative response, having not expected “the hostility that’s been directed at our state.” “I’ve been taken aback by the mischaracterizations from outside the state of Indiana about what is in this bill,” he told the Star. The governor does not accept that the RFRA would usher in state-sanctioned homophobic discrimination.

According to The Guardian, the hashtag #boycottindiana has been trending across social media platforms. Protestors carrying signs reading “no hate in our state” assembled at the Statehouse Saturday and chanted “Pence must go!” Indianapolis Democrat Ed DeLaney told the crowd:

This law does not openly allow discrimination, no, but what it does is create a road map, a path to discrimination… Indiana’s version of this law is not the same as that in other states. It adds all kinds of new stuff and it moves us further down the road to discrimination.

Protestor Jennifer Fox, who married her wife last June, told reporters Saturday that the Act was a means for conservatives “to find ways to push their own agenda, which is not a religious agenda; it’s aimed at a specific section of people.”

More like this
The UK Government Is *Finally* Banning Conversion Therapy
By Sophie McEvoy
What The UK Blocking Scotland’s Gender Recognition Bill Means
By Sam Ramsden
Gen Z Are Twice As Likely To Identify As Queer, According To New Data
By Sam Ramsden
Adam Lambert Called Out The George Michael Biopic Over Potential Casting
By Sam Ramsden
Get Even More From Bustle — Sign Up For The Newsletter
From hair trends to relationship advice, our daily newsletter has everything you need to sound like a person who’s on TikTok, even if you aren’t.