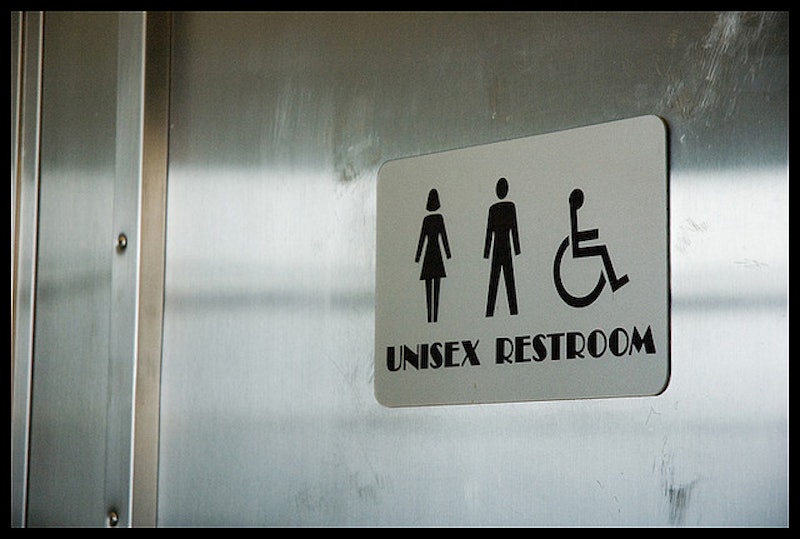 Who is Cathy Brennan? If you ask certain segments of the transgender or feminist communities (like those we interviewed in this story), she's a bigot, a bully and a Very Bad Person. If you ask others, she's trying to defend the sanctity and safety of female-only spaces. Here are the basics: Brennan is a 42-year-old, Maryland-based lawyer and a former liaison to the American Bar Association's Committee on Sexual Orientation and Gender Identity. She's been an ardent lesbian activist for a few decades and is a prominent supporter of what's often called "trans-critical" or "trans-exclusionary" radical feminism (TERF).

Most recently, Brennan has been attracting attention for two reasons. The first is a letter she sent to the doctor of trans activist Emily Horsman in September 2013. After alleging that Horsman was harassing her and other women online, Brennan wrote that she believed the doctor had "a professional obligation to know about his patient's mental health."

The second has to do with a story about a transgender student in Colorado allegedly harassing other girls in the high-school locker room. A conservative group called The Pacific Justice Institute sent a letter to the school demanding something be done. Brennan posted the letter to her blog — along with the student's name. The story was later debunked by the school's superintendent, who said no harassment took place and the story was perpetuated by upset parents.

The question of whether transgender women — that is, individuals born biologically male who gender identify as female — should be allowed in female-only spaces has been a contentious one for years. And over these years, Brennan has been at the forefront of the discussion. In 2011, Brennan and fellow activist Elizabeth Hungerford wrote a letter to the United Nations in opposition to certain laws prohibiting discrimination based on gender identity and gender expression.

"The proliferation of legislation designed to protect 'gender identity' and 'gender expression' undermines legal protections for females vis-a-vis sex segregated spaces, such as female-only clubs, public restrooms, public showers, and other spaces designated as 'female only.' Females require sex-segregated facilities for number of reasons, chief among them the documented frequency of male sexual violence against females and the uniquely female consequence of unwanted impregnation resulting from this relatively common form of violence."

To many transgender women and allies, the letter seemed to be calling them rapists. Needless to say, trans folks mostly aren't huge fans of Brennan, and neither are many in the general feminist blogosphere. They see her as marginalizing trans women within the larger LGBT or feminist movements and advocating against their equal rights. Here's a recent tweet from Mikki Kendall, the woman behind #solidarityisforwhitewomen:

And from trans advocate Sophia Banks:

But Brennan, of course, paints a very different picture. "My concerns around gender identity are rooted around concern for women specifically, and the idea that women have the ability to have our own spaces away from males and male-bodied people, which includes trans women," she told Bustle.

Brennan says she's never advocated against protecting transgender individuals from employment and housing discrimination. Nor is she offended by trans women participating in sex-segregated spaces per se. But "I think it's offensive to hear LGBT rights groups simply dismiss the concerns of women and girls" about trans women in female-only spaces, said Brennan.

"Our whole lives we are raised very much aware of our vulnerability as women, so I don't understand why when a man says he's a woman, all of a sudden the penis is no longer (an issue) ... Men rape women and girls in bathrooms all the time, so it's not like women's concerns about that aren't reasonable. And these laws are broadly enough written to justify the entry of anyone into a (women-only) space."

The laws also codify the idea of innate gender identity, Brennan said. In pushing the idea that whatever gender a person identifies as overrides their biological sex, it "enshrines into law the idea that gender is innate." This is an essentially conservative idea, and "it's not advancing the cause of women's liberation, which is what I'm interested in as a feminist. This ideology — I understand that it's rooted in equality, but it has the effect of marginalizing women."

Whether it's physical spaces we're talking about (women's bathrooms and locker rooms, etc.) or female-only groups and organizations, Brennan thinks women have a right to be wary of letting in people who are biologically male in, even if these individuals identify as women.

"I think if women want to make it trans-inclusive, awesome, I'm not telling anyone not to do that," Brennan said. "But I think women have a right to say we are women, we have a shared experience of being a woman and don't want to organize with you. Let women have their space. If they're excluding you because you're male, well, I'm sorry, but you are male. Deal with your reality. We didn't create that reality, that reality exists."

As for charges that she contacted Emily Horsman's doctor ... well, yes, she did. But Brennan alleges that Horsman had been repeatedly harassing her and other feminists online, and had also made the name of her doctor public on Twitter.

"I make it very clear that if people treat me with respect, I will treat them with respect," said Brennan. "There are people who take issue with me (contacting Horsman's doctor). But I will tell you, it works to push back on folks because then the abuse will stop. Laws around cyber-stalking and harassment are weak. (The goal was) to stop the harassment."

"There's something about internet culture where everyone thinks everyone they post just exists in this Internet bubble," she added, "and I'm not of that generation. If you are going to send me abuse, I am going to find out who you are."

Many in the trans and feminist communities find Brennan's justifications to be highly inadequate or disingenuous.