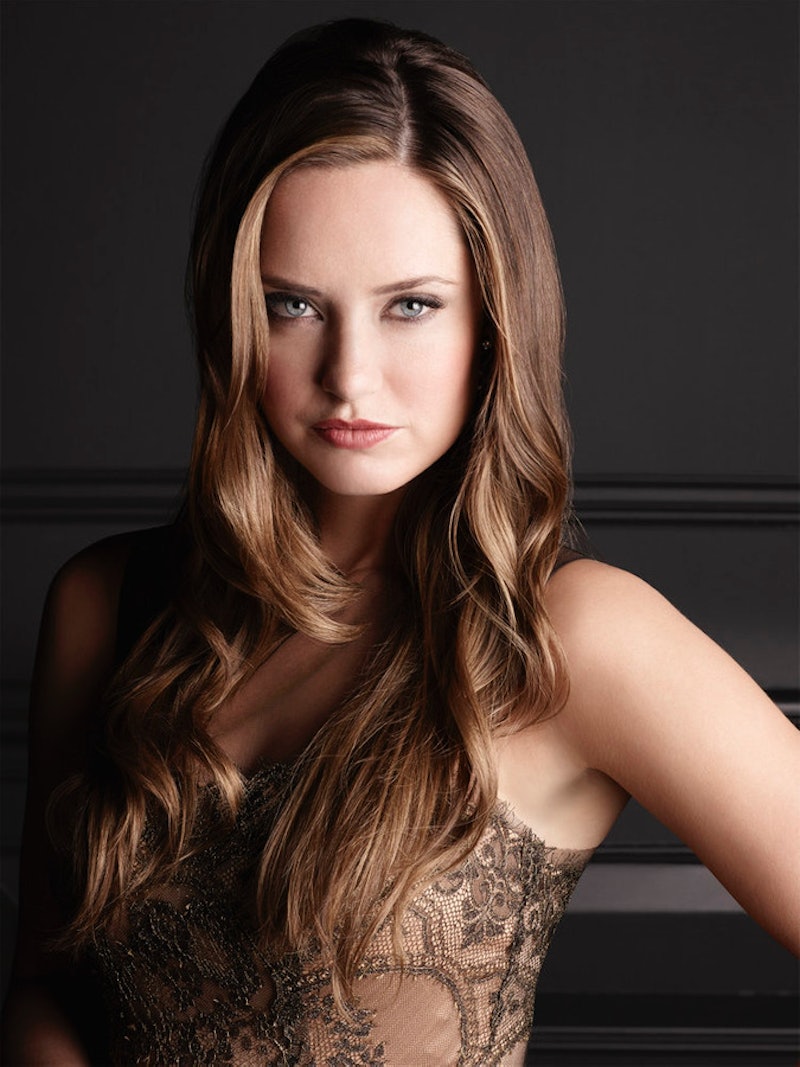 He's cute, funny, and refreshingly not up-to-speed with modern-day technological vices. And yet there's something about this seemingly awesome guy I just do not trust. This is how I feel about Ophelia's new potential love interest, Nick, on The Royals . The E! Network's hit scripted drama series has given us plenty of drama in its first three episodes, and thanks to all of the sketchy characters that have already been revealed, I can't help but see anyone new introduced as yet another person with something to hide. In Ophelia's attempts to get over Prince Liam and move on with her life away from the crown, she continues to be stalked and chased by the paparazzi. During one such incident, she is saved by Nick, the guy who supposedly composes the music to which Ophelia rehearses in school. But from everything we know about Nick so far, I just don't trust him.

First off, we know very little about him and that worries me. We knew very little about Jasper in The Royals premiere and now we know that he's a rapist and blackmailer, which is horrifying, no matter how much he tries to win Eleanor's favor as these episodes progress. So how can I be expected to trust Ophelia with Nick, no matter how endearing and savior-y he tries to be when protecting her from the paps?

I just have this feeling that Nick cannot be what he makes himself out to be at surface level. He knew who Ophelia was because he supposedly composes her rehearsal music. However, he didn't immediately recognize her because apparently he also doesn't use the Internet, a phone, or social media. Yet we're supposed to believe that he just felt the need to protect Ophelia from the paparazzi out of the goodness of his heart, and because he happened to notice she was being chased? Nope. I don't buy that one bit.

I've learned enough from watching soapy dramas and thrillers on television to know that even the nicest, cutest, and seemingly most innocent people have something to hide. I have a few theories about Nick's mysterious history. What if Nick is trying to get close to Ophelia because he's one of the members of the anti-monarchy organization that's trying to find any way possible to disband the monarchy? Discovering a scandal about one of the royals from Ophelia would certainly aid that cause.

Or maybe Nick is just some creeper who's trying to sabotage or blackmail Liam. What would be really interesting is if Nick has a more mysterious history involving Liam's recently deceased brother or Queen Helena's secret boyfriend. That way he could really do some damage to the royal family. As Queen Helena said in Sunday night's episode, "We all keep our secrets, but inevitably our secrets keep us." I can't wait to find out what secrets Nick is keeping.