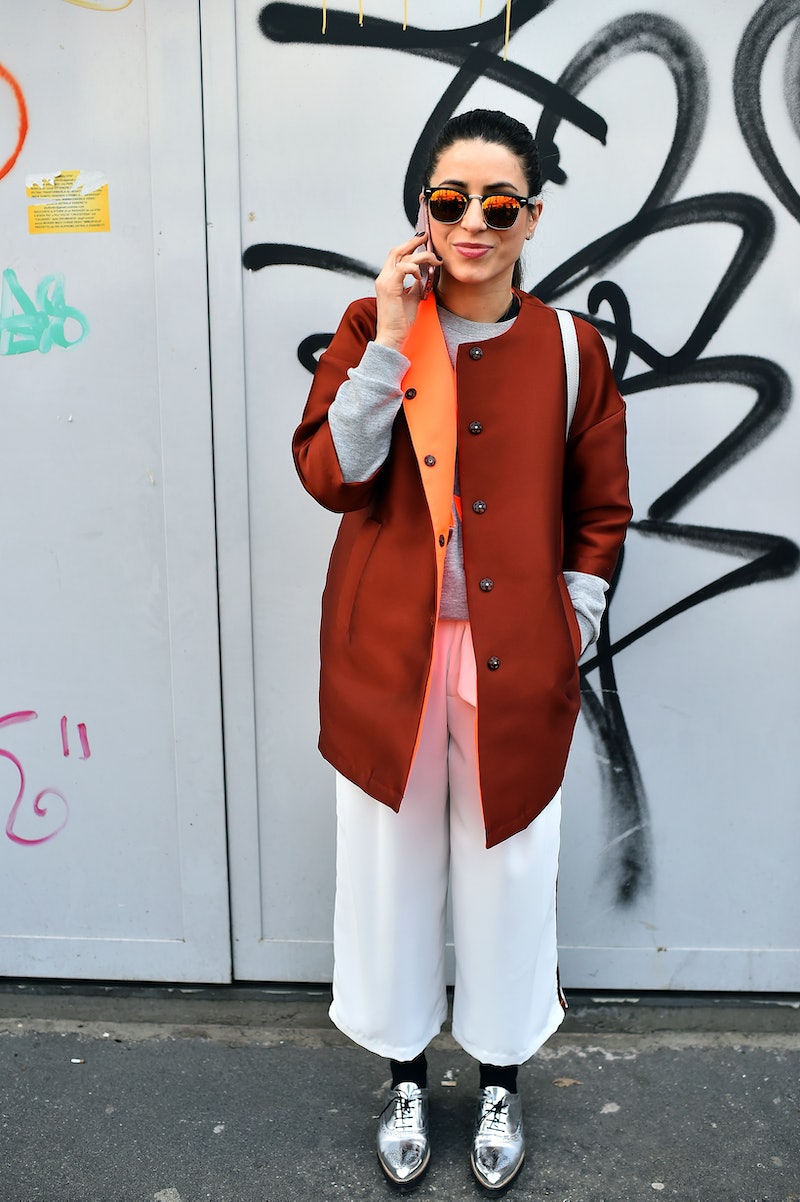 Keeping up with what people are saying is hard, especially when terms like "on fleek" are constantly taking over our vocabulary. Which leads most sane people to wonder: Who even says on fleek? Used to describe something as being on point or perfect, saying something is on fleek is honestly the biggest compliment of the year. And everyone is doing it.

Trust me, I'm not making this up. If you troll the Internet a bit for "#onfleek," I promise you'll find a whole load of people commenting on the fleekness, if you will, of their outfit, eyebrows, hairstyle, nail color, and shoes. I mean, you know that feeling you get when you pull off a perfect outfit? And you can't find words to even describe how good it looks, because perfect just doesn't do it justice? That would be when you would pull out the fleek card.

Although this trend has taken over Instagram and Vine, I personally haven't taken part in it. I feel like I would totally fail if I tried to say that my new denim jumpsuit was on fleek. I'm not sure why, but I can see it happening, and I don't like the result. Either I'll say it to the completely wrong crowd, and they'll all think I'm mispronouncing a word, or I'll laugh it out – basically what happens when you try to say something seriously and instead just laugh. Either way, I just don't think I'm cool enough to say that. But I'm not alone.

As much as I love Jimmy Fallon, I just don't think he should be throwing words like that around. But hey, that's just me. That's not to say that no one can say it. Cara Delevingne has been known to refer to her eyebrows as being very on fleek, and I can't help but agree with her. And Nicki Minaj brought on fleek to the rap game when she said, "Kitty on fleek, pretty on fleek," in Beyonce's "Feeling Myself." Kim Kardashian even got in on the #EyebrowsOnFleek train.

But I think my favorite celebrity usage has probably got to be Ariana Grande. After Peaches Monroee's Vine video (the original on fleek user), Grande did a musical rendition that honestly made my life.

What I find interesting is that most celebrities reserve "on fleek" for the reference of their eyebrows, more than almost anything else. It makes me wonder if it really can be extended to describe other things. I know it can be done, but I don't necessarily feel comfortable with such flashy language. I'm too afraid to try to get on board with it for fear that by the time I do, it will be as outdated as "tubular."