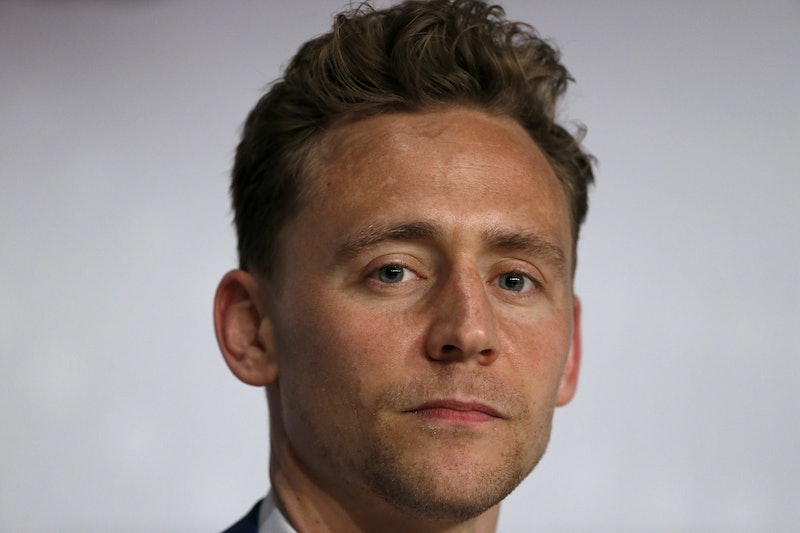 There's no denying that the actor behind Thor's Loki is very attractive, but Tom Hiddleston's best philosophical quotes will remind you that he's way more than a pretty face. The highly educated actor has a lot going on inside that charming mind of his, and as a result he often makes observations about the world that will really make you think. Whether he's commenting on love, life, or even just superheroes, he has a lot of intelligence about him.

That's part of why Hiddleston does have so many fans: He's the complete package. He's stunningly gorgeous, charming, and he's also incredibly smart. It's rare to find all those qualities in one person, so when you do find someone who embodies everything you have to hold on to that. Fortunately for fans, Hiddleston isn't going anywhere, and he's actually becoming even more famous. That's great news because it means more interviews and more thought-provoking remarks like these 13 quotes.

I swear, Hiddleston could teach a philosophy class with all he has going on inside that beautiful brain of his.

"When people don't like themselves very much, they have to make up for it. The classic bully was actually a victim first ... Whatever bullies say or do, it comes from their weakness, not yours.”

So keep that in mind the next time someone sends you hate online.

Fangirls everywhere rejoice, because Hiddleston understands where you're coming from.

Easily one of the best ways I've ever seen someone explain sexuality.

"Blushing is amazing, if you think about it. Your own body can call your bluff."

Ana Steele knows this better than anyone.

"Thought for the Day. Don't judge people on who they used to be. Allow them to be who they are. See them 'now.' Not 'then.'"

"We all have two lives. The second one starts when we realize that we only have one."

This is originally a Confucius quote, but Hiddles echoed the sentiment at Comic Con in 2013. It's all about making that second life count.

“You look at the greatest villains in human history, the fascists, the autocrats, they all wanted people to kneel before them because they don't love themselves enough ... Every villain is a hero in his own mind.”

No wonder Hiddleston can connect with Loki on such a deep level. He sees the pain inside him, and how deep down he's suffering just as much as anyone else. Only Loki's response to that struggle is what makes him a villain.

Sounds like Hiddleston has been listening to some T. Swift lately. Just shake off that negative energy!

"Artists instinctively want to reflect humanity, their own and each other's, in all its intermittent virtue and vitality, frailty and fallibility."

There's that walking dictionary I know and love. But however verbose his point is, it's a good one. What we see depicted in paintings, films, or songs is all the shades of humanity out there. The good, the bad, and the ugly.

"Showing young children ... that there are outlets for their feelings, that there is room in a space for their stories to be told, and that they will be applauded—it's not about ego, it's about connection: That their pain is everybody else's pain."

A great deal of people see actors as attention seekers, but Hiddleston doesn't view it that way. It's not about stoking his ego, it's about connecting with the audience.

"I don't think anyone, until their soul leaves their body, is past the point of no return."

Never stop fighting and striving to be your best self because there's always hope. No doubt, Hiddleston would be proud of you for trying, and that's the best kind of endorsement there is.