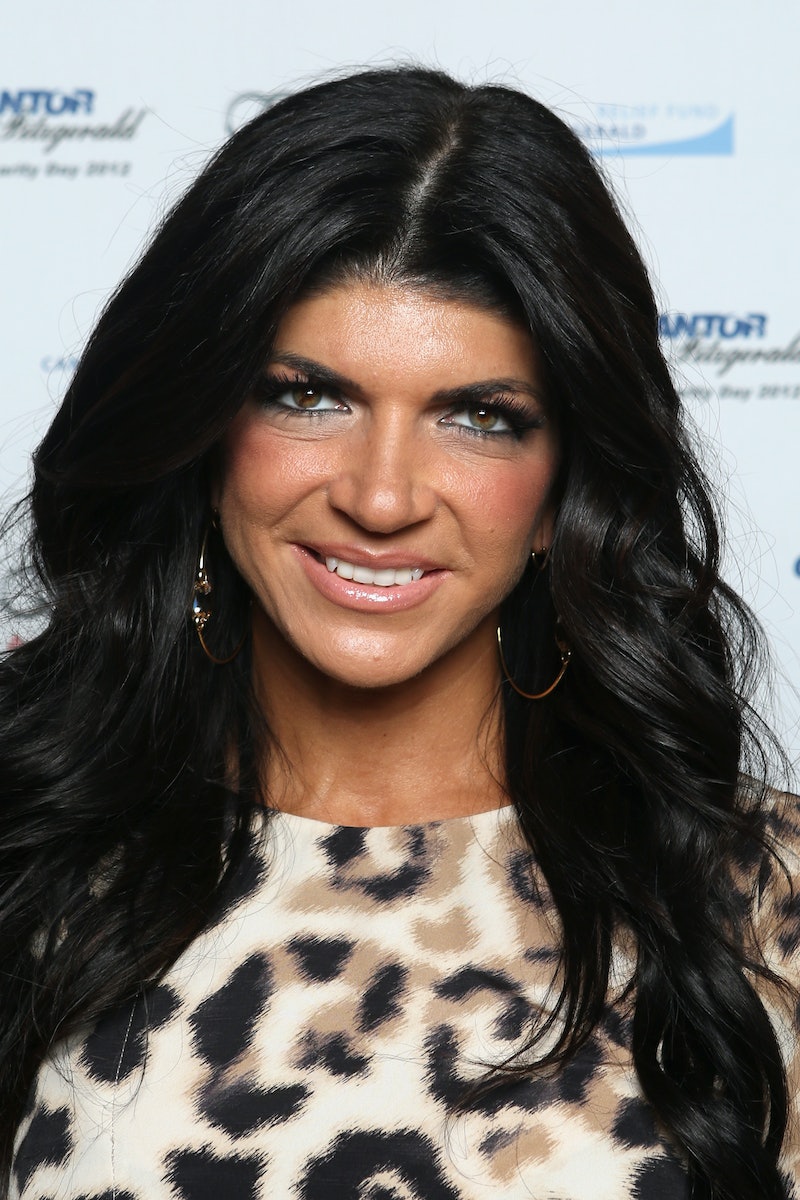 Just in case you were wondering how T-Giudz is faring in prison, we have an update. Joe Giudice talked about Teresa Giudice's life behind bars at Danbury Correctional Facility in a recent interview with Extra. It sounds like she's actually adjusting pretty well. Good for her!

According to the Giudice patriarch (who will be serving his own 41-month sentence when Teresa is released) Tre has her own little clique of ladies that she goes around with. I repeat: Friends! Teresa has friends!! Real friends who have not been paid to hang out with her by Bravo!! Joe told Extra:

Nothing bonds a band of souls together like some collective grooming activities, eh? Apparently, she has so much fun during these beauty dates that it can even be difficult to drag her away. One weekend when the family came up to visit Teresa, they reportedly had to wait an hour while she did her hair. Then again, I can't imagine that the family isn't totally used to waiting for Teresa to do her hair anyway.

Whether or not she's habitually tardy for visits, she manages to stay in touch with her family. As Joe said, their daughters Gia, Milania, Gabriella, and Audriana "email her all the time... every day, so, they email more than me." The family also tries to come visit her every weekend. Great! I guess there's no need to watch those eerie home movies that Teresa supposedly made before she went away.

As of April 1 when the interview was released, Teresa is four months into her 15-month sentence. It's reported that she'll supposedly be released two months early for good behavior, meaning that she has approximately nine months to go. After she's released, it doesn't seem like she'll be returning to the Housewives franchise. That is, unless they offer her a boatload of money, as her husband told Extra: “The numbers would have to be very big in order to go back so um, we'll see. As of right now there's nothing.”

Then again, I can't imagine Bravo wouldn't be interested in a spin-off featuring Teresa and her friends on the inside re-adjusting to the outside. For now though, it's good to know that she's found her niche.