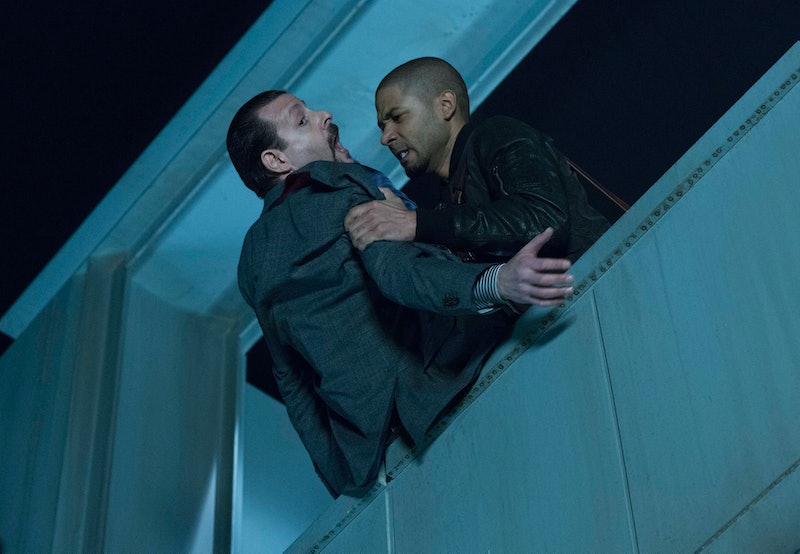 I am missing Empire so much that my imagination has lead me to some hilarious conclusions. What if the Lyons of Fox shared a connection with another bunch of fictional felines? Just how similar are Empire and Disney's The Lion King ? They are both epic tales of royal succession and fierce family dynamics. They both feature catchy tunes. Unfortunately, since this is a Fox series and not a Disney ABC production, we're unlikely to hear Hakeem sample and/or rap over "I Just Can't Wait To Be King," even though that would be amazing and hilarious.

I'm mostly kidding about this, just to be clear. I know that Empire is not based on The Lion King or even trying to draw a comparison. Sir Elton John is not likely to make a cameo any time soon, unfortunately. Originally I thought this would be a fun joke to play on somebody who's never seen the show, because there's just the right amount of truth and coincidence to make it work. The Disney classic and the Fox hit share similar origins, as I will explain. There's the obvious "Lyon" factor. Why not?

For the sake of fun and the love of all things Disney, let's see how alike they really are!

Both Hail From The Bard

If you didn't know by now that The Lion King is an adaptation of Shakespeare's Hamlet (and The Lion King 2: Simba's Pride is essentially Romeo & Juliet), that's your English teacher's fault. Simba is all about avenging his father's death and killing his evil uncle. You know, once he gets back from vacay with his pals Rosencrantz and Guildenstern... I mean Timon and Pumba!

That's actually what made me think of this comparison in the first place. I love puns and classic drama, what can I say? Empire has not been shy about its Shakespearean origins. The plot is loosely structured around King Lear and the episode titles are Shakespeare references as well.

Hakeem is definitely the younger, cockier Simba who doesn't need advice from little hornbills (for a start), and likes women who boss him around. "Pinned ya again!" Meanwhile, Jamal is the older, brooding Simba who loves reflections, is tortured by secrets, and has Daddy issues.

Am I right? He killed Bunkie and was haunted by his ghost. He's completely ruthless and doesn't believe in balance (the circle of life) at all.

Then Again, Maybe Andre is Scar

Or Jamal is Scar, or Beretti is Scar (he did get dangled off a ledge). Look, I never said this was a perfect comparison. However, Andre definitely feels passed over and qualified for the throne. That's the makings of a Disney villain if I ever saw one. We might need to be prepared for the coup of the century when Empire returns...

Jamal Goes To The Place That The Light Doesn't Touch

Only it's not an elephant graveyard... it's a studio apartment in Brooklyn that his father does not approve of.

Women Do The Hunting

This is not the most Disney-specific detail, but it's one of the things I like most about Empire's choice of "Lyon" as a last name. We know that it's also a reference to the English monarchy and the more recent play The Lion In Winter, however it's ironic that the prideful Lyon family is so patriarchal while Cookie (and Rhonda) are making moves on the sidelines. This mimics an actual pride of lions, which are lead by the males but the females provide by hunting.

We see this played out in The Lion King, and of course, on Empire, where Cookie is as brave as Nala, as devious as Scar, and as loving as Sarabi, Mufasa's widow and Queen.