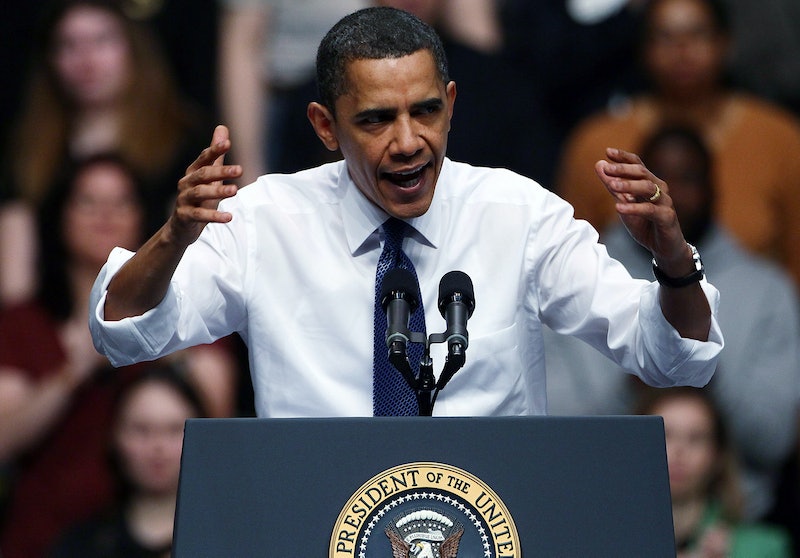 The failure of the Obamacare health insurance exchange was literally a car crash waiting to happen: Despite a failed 'driving test' by the government to see how the exchanges would fare prior to their Oct. 1 launch, officials decided to go ahead and launch the site anyway. The simulation mirrored what would happen should just a few hundred people log on at the same time, and the system crashed. Shortly after midnight on Oct. 1, about 2,000 did just that — and, to no-one's surprise, it crashed!

After an initial attempt by the administration to gloss over the error messages that appeared on thousands of screens, it became super-evident that the hang-up was actually a pretty big issue that inconvenienced more than a million users (oops) within the first days of its existence.

Health and Human Services Secretary Kathleen Sebelius was summoned two days ago to answer to Congress about the website glitches. Seventeen million have visited since the launch, and problems still abound. So far, Sebelius has declined to appear.

On Monday, President Obama held a press conference to help calm down the raging hordes. “No one is madder about the Web site than I am, which means it’s going to get fixed,” he added. And no one's happier than Sen. Ted Cruz.

Sen. Marco Rubio is pretty pleased, too: he's using the exchange's "technical difficulties" as an excuse to push a bill that would delay Obamacare until the website had been up and running effectively for six months. On Fox News' "Fox And Friends," Rubio made his case: "How are you going to go after people next year using the IRS to punish them if the thing you’re forcing them to buy isn’t available for them?" he demanded. "So the law I’m going to introduce basically delays that requirement until the General Accounting Office has certified that it’s been up and running and effectively working for six months consecutive."

It's not just Rubio that's gotten the pitchforks out: 56 percent of Americans have made the oh-so-logical conclusion that a broken website definitely means that the law is broken as well (judging books and covers, guys). Luckily, America, there's no need to panic yet: The deadline for signing up for insurance isn't until March 31.

Hopefully Washington can find a Band-Aid for the broken site by then.