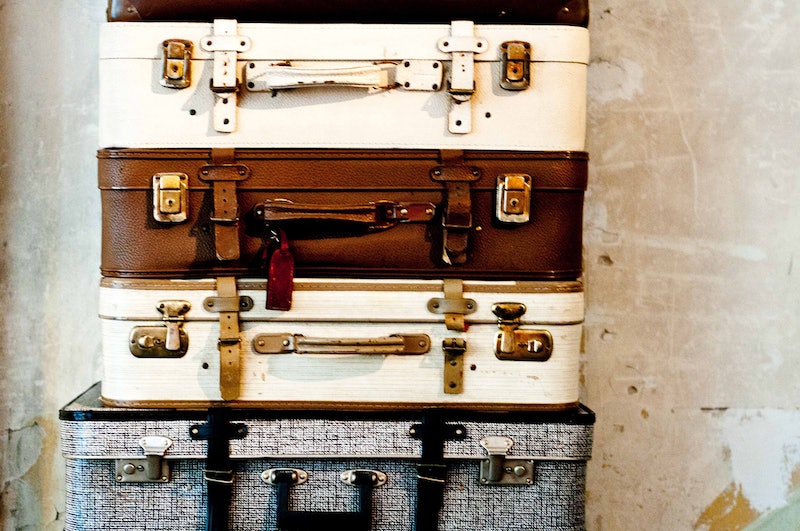 When it comes to house guest etiquette, you'd think that some of the most basic rules would go without saying, wouldn't you? In an ideal world, this would be the case… except that we do not live in an ideal world. We live in a world where many things that should be no-brainers are, for some reason… not.

But hey, at least we don't have to suffer alone. If you've ever had an absolutely terrible house guest, no doubt you'll sympathize greatly with everyone who contributed to our AskReddit etiquette thread du jour. Simply titled, “What is something a guest did at your home that shocked you?”, it chronicles some of the worst house guests in history: People who wouldn't leave, thieves in the night, mind-blowing instances of inconsiderateness, and — perhaps most disturbingly — some of the grossest WTF moments I've ever read. Seriously, you guys. This thread is not for the faint of heart, so if you're easily squicked out… consider yourselves warned.

At least we can put the thread to good use, though. On top of being an excellent place to commiserate with fellow put-upon hosts, it's also a wealth of information about how not to be the house guest from hell. We could all use a few reminders about how to behave in someone else's home, so let's take a few minutes to look over some incredibly important do's and don'ts. The bottom line: If you wouldn't like someone doing whatever you're doing to you, then don't do it to them. Simple, no?

1. DON'T: Take things that aren't yours.

Why? Why would you steal something from someone else's house? Especially if it had family photos in it? I mean, at least return the pictures!

Also don't give a room a complete makeover without gaining permission to do so first.

3. DO: Replenish what you use.

Wow. Best house guests EVER. Everyone, look at these folks — they're doing it right.

4. DON'T: Go to the bathroom anywhere other than in the toilet.

Seriously. WTF. And while we're on the subject...

5. DON'T: Use the bathroom for anything other than its intended purpose.

Especially when there are a lot of other people who might need to use it. Bonus lesson: Be very, very careful about when, where, and in what circumstances you have sex in someone else's house. When in doubt, just don't do it.

6. DON'T: Expect to be waited on hand and foot.

They're your friends, not your servants. And hey, how's this for an idea: If you're not sure about whether or not it would be permissible to help yourself to more coffee, ask. “Is it OK if I grab more coffee for myself? And does anyone else need anything while I'm up?” will do the trick just fine.

7. DO: Respect the fact that you're not in your own home.

Don't get so comfortable that you treat someone else's house like your own, unless you've got a long-standing and explicitly stated rule between the two of you that mi casa really es su casa. Regardless, though, use a damn glass.

8. DO: Keep your trap shut if you're not impressed.

Would you enjoy being insulted in your own home? No? Then don't insult anyone else in their home, either. Manners, as they say, cost you nothing except maybe some self-control.

9. DON'T: Be embarrassed about your regular bodily functions.

You know what's more embarrassing than saying, “Hey, I just got my period, do you have a tampon I can use?” Leaving someone's house and knowing they're going to find this waiting for them in their bed.

A simple, “Where's your trash can?” would have sufficed.

And certainly don't bitch about everything after doing so.

I'm not even going to point to one particular story for this, because there are so, so many that demonstrate this very important lesson scattered throughout the thread. When in doubt, refer back to Jane Austen: “It was a delightful visit — perfect in being much too short.”