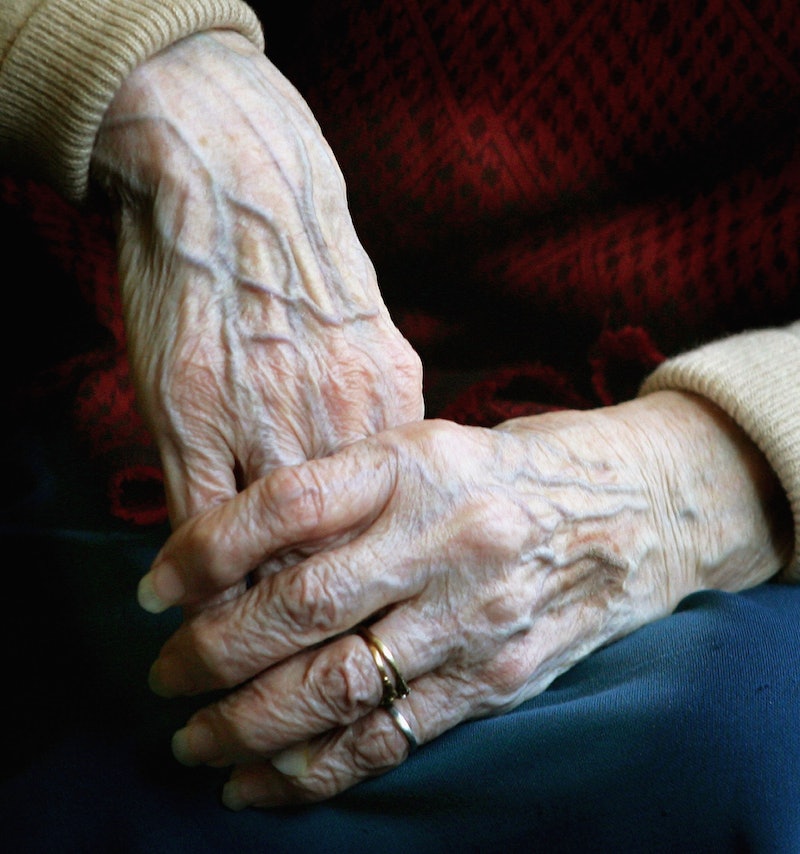 There has been a lot of buzz recently about Gertrude Weaver, the oldest woman in the world, who really, really just wants to meet President Obama and, really, who can blame her? She's been alive for 116 years and according to Kathy Langley, the administrator of the rehab center where Weaver currently presides, Weaver has voted for Obama twice. In fact, the rehab center sent Obama an invitation to attend her 116th birthday party and will send him one for her 117th as well. Though Weaver has no official birth record (her age has been discerned by census information and her marriage license), her birthday is celebrated on July 4th, since that's the only memory Weaver has of her family celebrating.

Weaver says her good health can be attributed to kindness and treating others well, in which case it is almost guaranteed that I will probably not ever live to be the oldest person on earth. In an interview with Time last year, she shared her simple mantra of treating people the way you want to be treated, and being generally kind to live a long, robust life. According to Langley, Weaver is still extremely healthy, enjoys exercising from her wheelchair, attending church services, and getting her nails done.

Many of the former "oldest people on earth" have shared similar sentiments about what it takes to live a long healthy life. Check out these pieces of advice from three ladies who have been around for a really, really long time:

Okawa, the former world's oldest living person who passed away on April 1st, 2015 at age 117, told the Daily Telegraph that the trick to living a long life was to sleep and eat sushi. She managed to get eight hours of sleep every night and was still walking when she turned 100 years old.

Talley was born in 1899, and her secret to living a long life was being active and healthy, having a sense of humor about the world around you, surrounding yourself with people you love, and having strong faith. Like Weaver, she shared that treating other people well was a key factor in her life. Talley is still alive.

Jones was born in Alabama in 1899 and unlike Talley and Okawa, she certainly doesn't encourage the healthiest eating habits. Her niece told WABC-TV that if you take away her barbecue or bacon, you wont hear the end of it.

More like this
The Best Time To Date After A Breakup, According To Experts
By Bustle Editors
Kim Kardashian Is Releasing A Line Of Earbuds With Beats
By Alexis Morillo
9 Unmissable Moments To Relive From The Commonwealth Games
By El Hunt
Why Experts Say Sleeping With A Fan On Isn’t Totally Risk-Free
By Sophie McEvoy
Get Even More From Bustle — Sign Up For The Newsletter