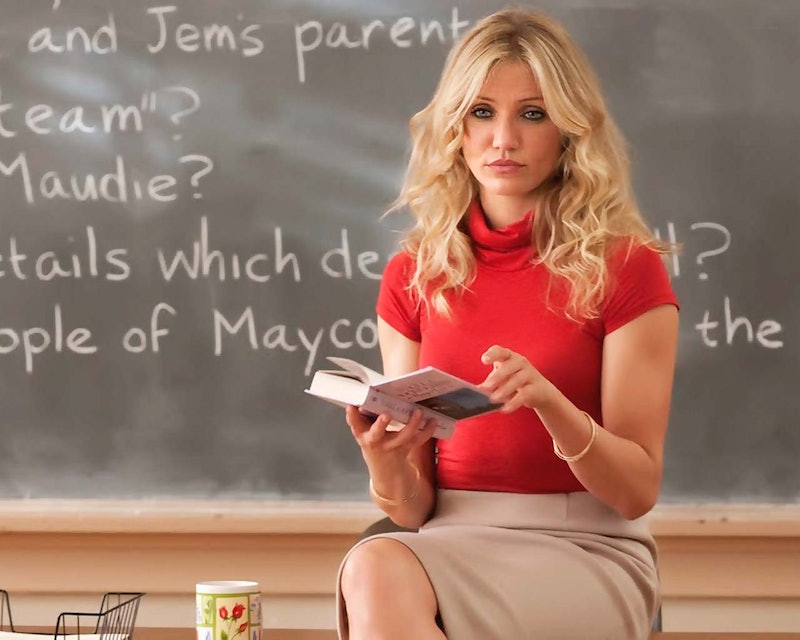 Another day, another sequel. But this time, it's not a superhero getting another billion-dollar movie. Instead, it's a super-woman.

Following the surprise success of Bad Teacher, Sony is developing a sequel as a vehicle for Cameron Diaz. The actress, however, has not officially signed on yet — though she's likely to, considering how little upfront money she accepted to make the first film.

But that's precisely what's interesting about Diaz — despite the fact that her last hit movie, Bad Teacher, netted her little upfront, and her recent movies have only been modest hits (The Green Hornet, What to Expect When You're Expecting), Diaz remains the highest-paid actress in Hollywood.

Considering how little Diaz appears in press — and how many headlines contemporaries like Kristen Stewart, Jennifer Lawrence, and more take up — it's more than impressive that Diaz remains comedy's golden woman. There's just something about her.