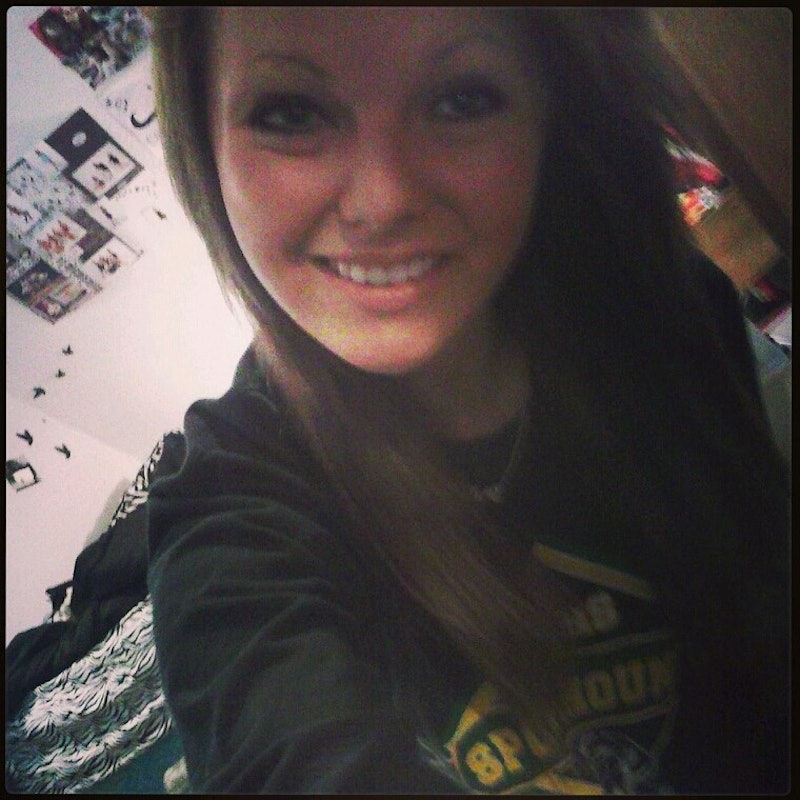 Supporters of Daisy Coleman and Paige Parkhurst, the two girls at the center of the Maryville rape case, will turn out Tuesday night in full force to hold a candlelight vigil bearing the name "Justice For Daisy" — the Anonymous hacktivist campaign that resulted in an outpouring of support for the girls. As most of the country now knows, then fourteen-year-old Coleman and her best friend, 13-year-old Parkhurst, were both allegedly raped after drinking at a party. A controversy ensued when officials appeared to have been pressured by powerful local families to drop the case, and the accused were never brought to trial.

The girls were subsequently bullied and shamed by some Maryville residents for their role in events —until an explosive article in the Kansas City Star and action by Anonymous drew nationwide attention to their case this month. On Monday, a special prosecutor was assigned to reopen and review their case.

But the group rally tonight isn't meant just to draw attention to the girls' case. The focus is now on the town showing solidarity with them and their decision to speak out.

“We want to be able to message to any victims who may be present, to reach out and encourage them to get the help they need, and tell them that they are not alone,” rally activist and organizational volunteer Courtney Cole said. “They have a nation of people who are behind them and who will support them in their efforts to seek justice. So many of them are so afraid to speak out, and we want to work against that.”

The Maryville rally is also hoping to support victims who have been shamed into silence by the social culture of rape, which can fall back on old-fashioned attitudes of victim-blaming (as a recent Fox interview infuriatingly demonstrated last week).

Because of the backlash against Maryville in the wake of all this national attention, some are concerned that violence might erupt at tonight's rally. However, Cole says she is cooperating with Anonymous in helping to organize the gathering, and that the anarchist-leaning group has "done nothing but advocate for peace."

"Their overall goal is for justice, and I really appreciated all the help they’ve given,” she said.

Unfortunately, Coleman and her mother won't be attending.

"We were pondering it, but it sounds almost as if it wouldn't be safe for us to go just because of all the people in Maryville being very angry with the case right now," Coleman said in an interview on CNN last night. "But we are thinking about it, and we are very thankful for all the people attending."

For those in the area, the rally will be held at 6 p.m. tonight in at the Maryville courthouse square. A live stream of the rally can be found here.