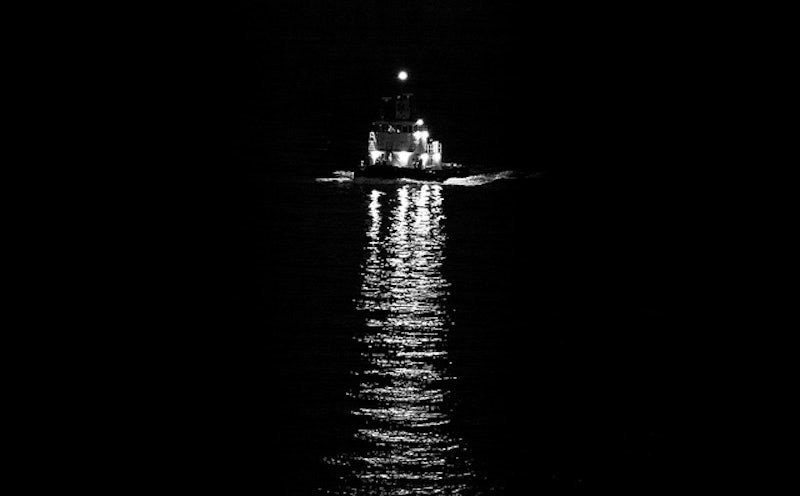 Before proceeding, make sure your bedroom door is open or that you are in the immediate vicinity of another human being, because what you’re about to hear is spine-chillingly creepy. Mental Floss tapped the YouTube account of a user who uploads recordings of unidentified sounds, as in sounds that have garnered some X-Files-worthy speculation as to their origin. Because this great big planet spans far and wide, and now seems as good a time as ever to remind ourselves that we haven’t seen the majority of the ocean floor (shudder). Most of these terrifying hums have been sampled from from the deepest depths of our oceans (as far as we can go, that is). Admittedly, there’s still quite a bit down there that we either can’t reach or simply cannot explain in terms of whistles and hisses. And you don’t have to be a conspiracy theorist to find these recorded sound bites haunting, either. But if you’re really looking for a way to sabotage your dream state, there’s a whole dark corner of Wikipedia awaiting you. (Proceed with caution.)

Are you prepared to sleep with the light on and your door ajar for the next few evenings? Excellent, let’s proceed with your nightmare fuel.

Discovered in August 1991, "upsweep" was recorded by the Pacific Marine Environmental Laboratory and is reportedly high enough to be heard throughout the Pacific, reports the National Oceanic and Atmospheric Administration: "The source can be roughly located at [54 degrees south, 140 degrees west], near the location of inferred volcanic seismicity, but the origin of the sound is unresolved." They write that it's been declining since its initial discovery, though it's still faintly audible by the NOAA's "equatorial autonomous hydrophone arrays," and is loudest at the change of the seasons.

Thanks to Slate, we have a little more clarity on an on-again, off-again mysterious recording from the deepest depths of the sea. But take note of the creepiest part: If it were an animal we haven't been able to trace, it would have been larger than the blue whale (the largest known animal in the world at 98 feet in length). No, thank you. So stick with the iceberg theory if you must, but possibly use this as a great reason to never go near the ocean again.

This one's freaky: An unexplained, though medically documented, hum affects hundreds of people around the world and has resulted in multiple suicides and exasperating insomnia, particularly in a number of residents in Bristol U.K. One theory is that this "hum" is experienced by people who for one reason or another are hyper sensitive to ELF (extremely low frequency) and VLF (very low frequency) radio waves.

Skyquakes have been speculated to be caused from systemic shifts to cities claiming heavy machinery caused the aural disturbances. Whatever your thought, they're creepy enough to elicit unease in residents where these phenomena have been experienced.

The story goes like this: The sound was originally experienced in the 1960s by people on a submarine who were unable to trace it, but claimed that the sound seemed to be circling them and taking an interest in the submarine itself, thus birthing the theory that it must be something organic. However, more recently, researchers have evidently suggested that the source may be minke whales rather than a presumed unknown species. (Yeah, okay. Not buying it. Still scared.)