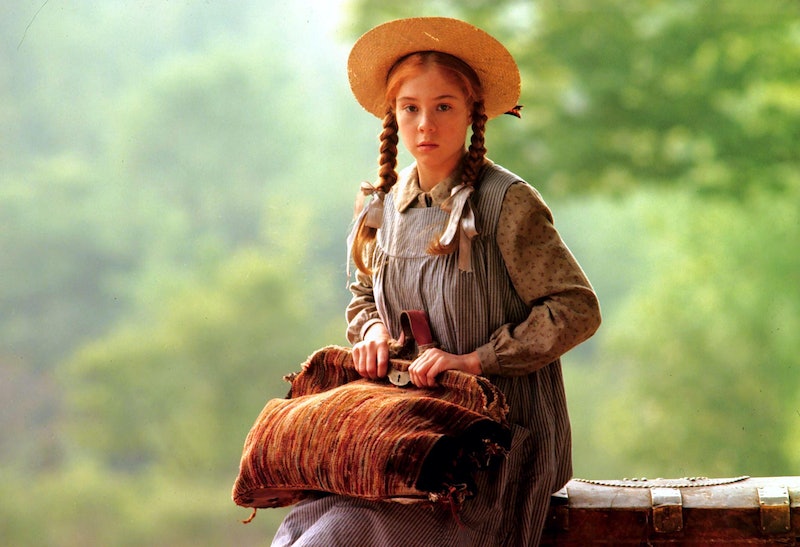 Lucy Maud Montgomery once wrote, “I am simply a "book drunkard." Books have the same irresistible temptation for me that liquor has for its devotee. I cannot withstand them.” I, too, am a "book drunkard," and I am convinced that, had we not lived almost a century apart, Montgomery and I would have been kindred spirits. Knowing what I know now, as an avid reader of Montgomery's novels, it seems crazy to me that I never read her books – the most famous of which are Anne of Green Gables (1908) and its sequels – as a teenager. I loved the miniseries as a kid, but somehow I managed to escape actually reading the novels until last year, when I moved to Montreal. Deciding to read the books was bit of a lark; I figured that they wouldn’t let me stay in Canada if I hadn’t read what is possibly the most famous Canadian novel ever, so I downloaded a free copy. And then I read the next novel, and the next, and before I knew it, I was on the road to Prince Edward Island with a fellow devotee to frolic among the flowers and fantasize about being Anne Shirley.

The Anne novels are wonderful and addictive, and if you haven’t read them, do. Looking at the world through Anne’s eyes, your life will instantly seem just a little bit happier, and the world just a little bit brighter. If you’re already a die-hard fan, here are six ways to express your love:

If you’re an Anne fan, I’m assuming that you’ve already seen the fantastic 1985 miniseries and its 1987 sequel approximately 600 times. Most fans would agree that Megan Follows is the definitive Anne, and of course, Colleen Dewhurst as Marilla is the BEST. If you haven’t seen the miniseries, what are you doing with your life? Stop reading this article and go watch it RIGHT NOW. (And then come back and finish reading, please.)

Etsy is packed with homemade gear for the Anne fan, from costumes, to clothes, to jewelry, to posters, to this Anne purse , which I WANT in my life.

Not gonna lie: PEI is not the easiest place to get to. Unless you live in Maine, New Brunswick, or Nova Scotia, PEI is far away from you. When I visited PEI last summer, our drive from Boston to Charlottetown took about 10 hours. The thing is, the long travel time is totally worth it. PEI is lovely, whether you like Lucy Maud Montgomery or not.

Some of the best aspects of Anne of Green Gables are Montgomery’s vivid descriptions of Prince Edward Island, which make the region sound ridiculously — perhaps impossibly — beautiful. She describes the Lake of Shining Waters, for example, as almost magical:

[T]he water was a glory of many shifting hues—the most spiritual shadings of crocus and rose and ethereal green, with other elusive tintings for which no name has ever been found. Above the bridge the pond ran up into fringing groves of fir and maple and lay all darkly translucent in their wavering shadows. Here and there a wild plum leaned out from the bank like a white-clad girl tip-toeing to her own reflection.

When Anne gasps and sighs over the beauty of the lake or the White Way of Delight, it’s easy to assume she’s just being theatrical, but the island really is that beautiful, a rolling landscape of farmland and sea, with startlingly red earth.

4. Be an Anne Tourist

Once you’re in PEI, there’s lots of Anne of Green Gables stuff to do. Essentials include visiting the house that inspired Green Gables, now a museum, and the site of Lucy Maud Montgomery’s Cavendish home. You can also sign up for “Matthew’s Carriage Ride,” which involves a fake “Matthew” with a horse and buggy driving you around the Lake of Shining Waters. It sounds cheesy, and it sort of is, but it’s also really fun and beautiful.

Of course there is an Anne of Green Gables musical. In fact, there are two. Anne of Green Gables: The Musical is performed throughout the summer in PEI, and when I realized that my own pilgrimage to the island came before the musical’s annual premier, I was heartbroken – “My life [was] a perfect graveyard of buried hopes.” It is now my life’s ultimate ambition to see that musical, as well as Anne and Gilbert , a musical which takes on later parts of Anne’s story.

(These plays are sometimes performed outside of Prince Edward Island, but apparently mostly in Canada. Dear President Obama, please get on this ASAP.)

Yes, that’s me, and, yes, I am wearing a child’s hat that has fake hair attached to it. Have I mentioned that I love Anne of Green Gables?