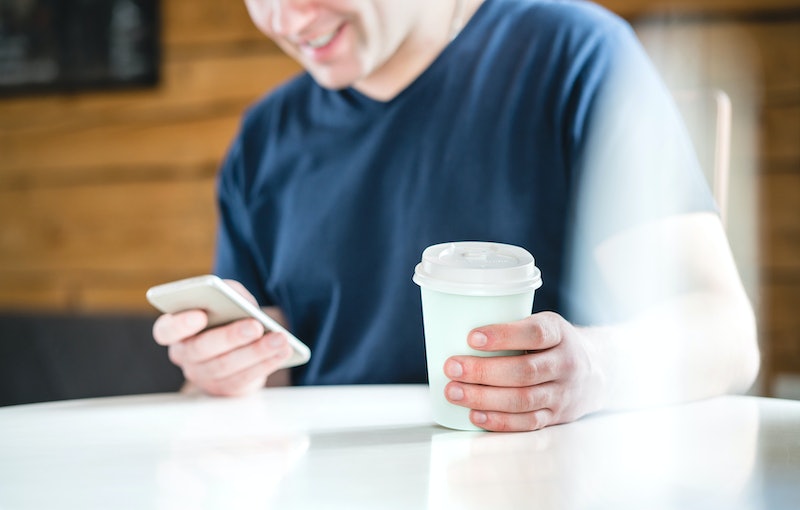 Sick and tired of being called fat and ugly and receiving rape threats whenever she participated in conversations about injustice on social media, Alex Blank Millard decided to try an experiment. For a week, she changed her Twitter profile picture to a man's headshot (which her name lent itself to) and continued tweeting about topics like sexism, racism, and fat-shaming. And the difference in her public reception after that simple change was staggering. Writing for XO Jane, Millard said:

For an entire week, I got to see what it is like to be treated with respect. As a man, I could use the same words and be met with discussion, with disagreement, or even nothing at all, instead of insults. I became an equal human being, one whose voice deserved to be heard.

While tweeting as a woman, Millard got replies like "You are fat, unattractive and a disgrace to the white race." But as a man, she was able to tweet about rape culture with only favorites and retweets in response. Buzzfeed even used a screenshot of one of her tweets as the first example of public response to the shooting of a Latina girl by cops — a strange choice given that she appeared to be a white man, she noted.

Supporting Millard's observation that trolls specifically go after women, fitness columnist James Fell recently wrote a piece about how he never receives online threats despite being "an MRA-bashing feminist." Sure, he has received hate mail, but nobody has threatened violence against him, he said:

You want yet another example of male privilege? It's being able to voice your opinion and not face death and rape threats as a result.

Combined, these experiences illuminate what trolling really is. Trolling is about much more than a bunch of 16-year-olds in their parents' basements who have nothing better to do than hurl nasty comments at strangers (though it is about that, too). It's the result of a widespread belief that men's opinions matter more than women's, and that women lack the right to basic privacy and respect. Trolls don't spew their hate indiscriminately. They target women who disrupt accepted ideas about a woman's place by having strong voices and make men who don't want to acknowledge their privilege or sexism uncomfortable by exposing it. Millard eloquently described trolling as a reflection of larger societal efforts to silence women:

We are not just told to shut up by Twitter handles with four followers, we are shushed by bosses and stifled by media. Senators silence us. We internalize and silence ourselves. We aren’t just told we are fat; we are told we should be ashamed of our bodies by people who love us, by people who should know better. Trolls are merely an echo of the harassment we hear everyday.

Like Millard, I have been a victim of trolling and have observed a stark contrast between how people respond to me and to men who say the same things. After reading a piece about the backlash I received for identifying as a feminist on my online dating profiles, a male OKCupid user told me that writing "feminist" on his profile has only served to connect him with like-minded individuals. This benefit comes at a cost for me as a writer, social media user, and online dater. But in my experience, supportive words go a long way to counter trolls' disproportionately loud voices. Men who have the privilege of tweeting about gender inequality without being called fat, ugly, or stupid can use this privilege to back up women who aren't as fortunate. And perhaps they can add misogynistic trolling to their repertoire of injustices to tweet about — because online harassment is a manifestation of widespread societal misogyny.