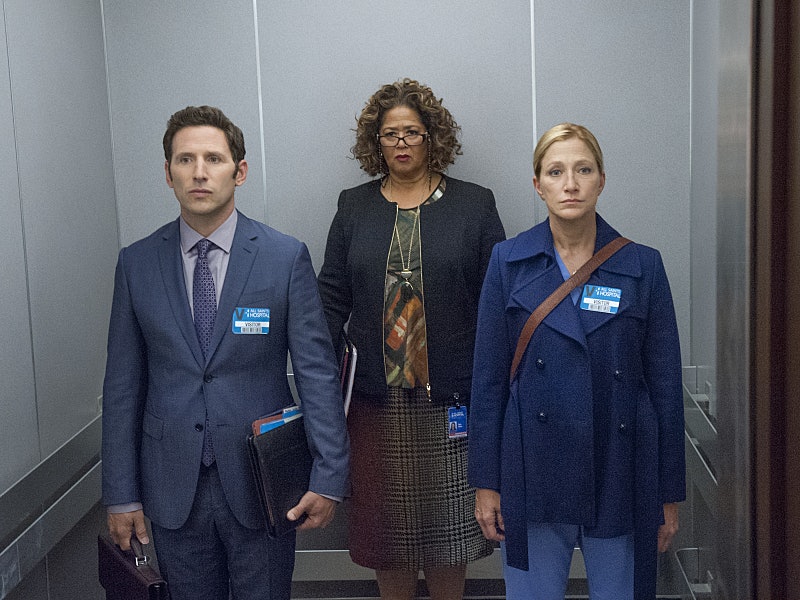 There isn't a single TV series that's immune to the online bingeing phenomenon, not even those that premiered long before bingeing was the preferred way to catch up on old shows. So when the final season of Nurse Jackie premieres on April 12 — which just so happens to be the most anticipated TV day of the year, the Game of Thrones Season 5 opener — do yourself a favor and watch the Nurse Jackie Season 7 premiere online. Even if you're too busy to catch the show on Sunday night, there will be plenty of opportunities to watch it on your computer/internet-equipped device of your choice.

Why do you need to watch Game of Thrones on Sunday night? Because simply connecting to a wifi network will release a torrent of spoilers so detailed and specific that all of the show's twists and turns will be ruined for you. And why are you letting the cable company trick you into paying for HBO if you're not going to use it, huh?? What are you, a fool? By contrast, the reason to still catch Nurse Jackie's season premiere is because, though it may have peaked a few years ago, the show has the opportunity to wrap up its story in a meaningful way, which is rare. It's less instant gratification, but hopefully will mean that the show has some kind of a legacy. Since it's such a busy TV night, here's how you can watch Nurse Jackie online to ensure you don't miss a thing.

For Showtime subscribers, meaning either your parents or your rich roommates, all of this season's episodes will be available on Showtime Anytime, the series' online streaming service (think HBOGo). Episodes will show up on the Monday morning after the show airs. And even though the video pops up in a strange window, it also has pretty consistent HD.

Here's another good option for cable subscribers, if you have Comcast. Not only can you stream the new season, they also the other six available, so if you haven't watched any of the show before but love experiencing the universal trauma of series finales with the rest of the internet, catch up now.

I separate this from the other pay-for-play streaming sites because I know you're already spending the whole day at work browsing on Amazon, and spending an hour watching Nurse Jackie will stop you from spending any more of your paycheck.

Other Places To Purchase Episodes

Want to watch on your iPhone on the subway? Don't worry about getting 3G underground, buy the premiere on iTunes. Have an Android device? Use Google Play. None of the above? Vudu. Get watching!

More like this
This Episode 6 Moment Foreshadows Viserys' Fate On 'House Of The Dragon'
By Grace Wehniainen
'The Distant Echo’s Ending Mirrors 'Karen Pirie' In One Crucial Way
By Catharina Cheung
Everything To Know About 'The Last Of Us' TV Adaptation
By Sophie McEvoy and Radhika Menon
Nicola Coughlan Shared A Lady Whistledown Excerpt From ‘Bridgerton’ Season 3
By Grace Wehniainen, Alyssa Lapid and Sam Ramsden
Get Even More From Bustle — Sign Up For The Newsletter