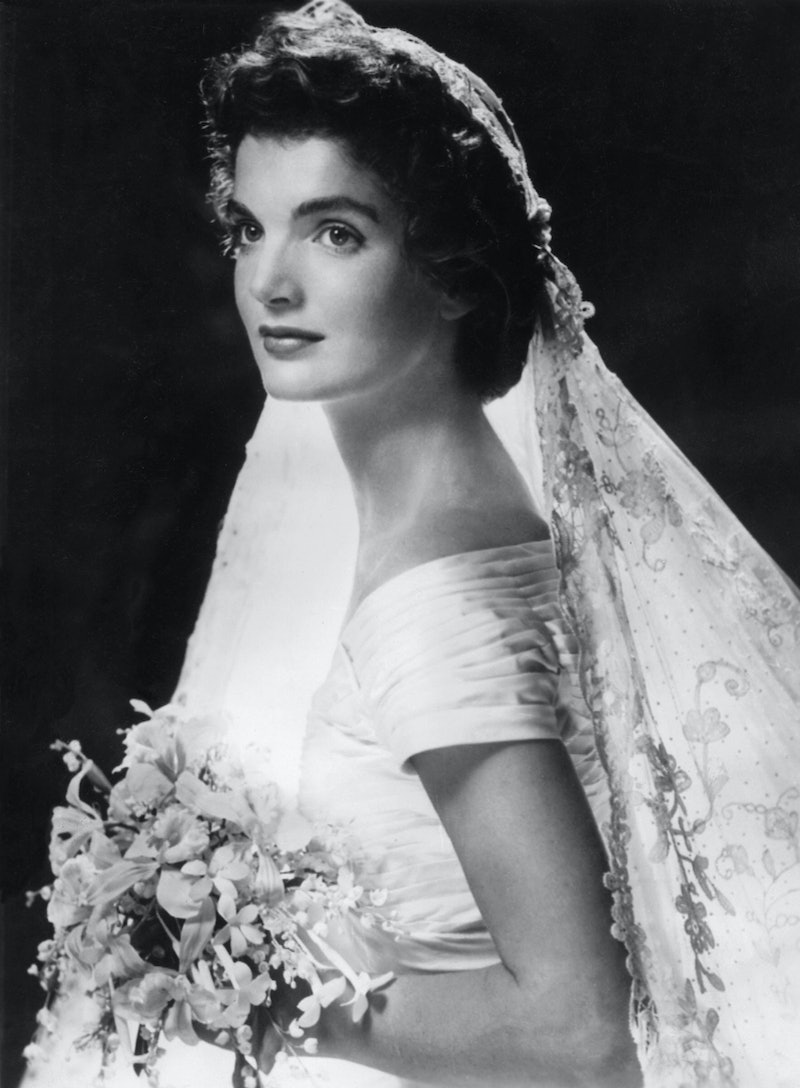 Did you know that the term “fashion icon” isn’t one you can casually throw around? I didn’t either, until Style.com ignited an Internet-wide debate last year when editor Maya Singer made the case against Beyoncé and Kate Middleton as fashion icons. Those who challenged Singer acted as though the two power-women (is there any other term appropriate to group a megapop star and British royal into the same category?) had been stripped of an official title. Style.com stood by its statement last week, and further buffed up its argument by citing recent instances of critics who had joined their camp.

The ongoing discussion has made me wonder not why this is an issue worth debating, but what it even means to be a fashion icon. When I Googled the term today, the first news article that came up was about Kendall Jenner’s recent interview with Harper’s Bazaar in which she gushed about her sister Kim Kardashian's style, saying that she “could be a major fashion icon.” So why isn’t she? All of this chatter suggests that calling someone a fashion icon is more than a matter of personal opinion. So what do you have to do to become one, and who calls the shots?

Well officially speaking, there’s an award. The Council of Fashion Designers of America (CFDA), the veritable governing body of the fashion industry, has issued a fashion icon award at its annual awards ceremony since 2002. The winners include not those who work directly in the fashion industry, but socialites, actors, and entertainers. Its first recipient was C.Z. Guest, a Boston-bred socialite who became a hallmark of WASP-y, and its last winner was Rihanna. In between, recipients include Johnny Depp (2012), Kate Moss (2005), Sarah Jessica Parker (2004), and Nicole Kidman (2003). Joining their ranks this year will be Pharrell Williams, who may have consciously been campaigning for the title since he wore that hat to the 2014 Grammys. Aside from Nicole Kidman, whose inclusion on the list I find dubious but maybe her style was imitable before my time, I’d say each of the recipients has an identifiable personal style — more striking than signature.

Of course, not everyone who’s historically considered a fashion icon has received a physical award for their sense of style, as though the way they dress is like a role they play in a movie. I associate the term with the likes of Jackie O., Bianca Jagger, and Grace Kelly, to name a few. Based on these subjects, I’ve theorized that there are two main ingredients to being a fashion icon: fame and an original sense of style.

Let me explain. For starters, to be a fashion icon you have to have a certain degree of celebrity, unrelated to the way you dress. You aren’t famous for your taste, but say for your wealth or your talent (which often brings wealth). Something has thrust you into the public eye, where onlookers take note of your dress. Think of it like this: Without her fame, Sarah Jessica Parker would just be a dainty, well-dressed New Yorker.

Not to mention, being a person of fame and fortune makes you a fashion industry insider — you forge relationships with designers who dress you or make you their muse, and you can afford to wear the most luxurious of clothes. If Grace Kelly wasn’t a princess, she wouldn’t have had a reason or the means to express herself as elegantly as she did.

As for personal style, being well-dressed isn’t a sufficient condition for making someone a fashion icon. The Style.com article suggested that fashion icons have to be “forward-thinking” and wear memorable outfits conjured from their innate sense of style that are meant to push boundaries, not to wear as a costume, as was the purpose of Beyoncé’s Sasha Fierce leotard. Personal style is a form of self-expression, and the more outlandish and eccentric it is, the more it reveals about your personality.

So, I’d argue that a striking sense of style contributes to defining a fashion icon — you have to dress in a way that reveals something original about yourself, which is where costumes fail. That’s where fame comes back in: Fashion icons’ personal style has to have an influence on others. Lady Gaga emboldens her fans to dress weirder, Kate Moss makes a never-ending case for leopard print and skinny jeans, and Jackie O. has influenced generations of women in their choice of sunglasses.

The debate over fashion icons suggests that you become one when you’re living, but I’d argue that the real test of fashion icon-dom is time. Those who are truly remembered for their fashion choices are long gone, but their style is ingrained in popular culture. So although Pharrell’s sartorial eccentricities and Rihanna’s edginess are memorable, I think it’s too soon to tell if generations from now, they’ll be remembered for their clothes.