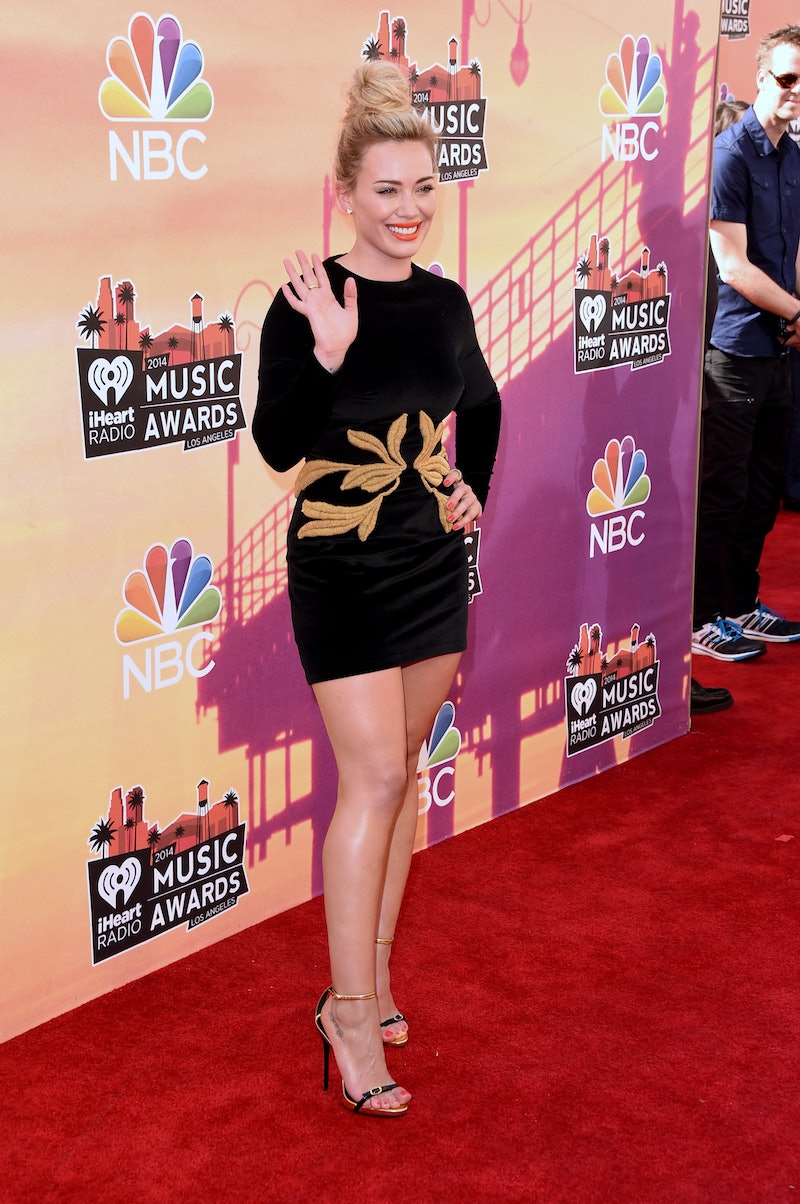 Before every awards show is the pre-show, where hosts from just about every media outlet stand on the red carpet to interview celebrities, who are slowly making their way into the ceremony. We often sit in front of our televisions and scroll through social media, waiting to see what each celeb is wearing to the show, and if the hosts get the chance, they ask the ubiquitous question that hangs over every red carpet: What are you wearing? The #AskHerMore campaign, as well as Refinery29, are going beyond this, however, and capturing how female celebrities really feel about being asked that red carpet question.

The #AskHerMore campaign has a mission to tear down gender stereotypes, especially those that target female celebrities on the red carpet. (The hashtag began in 2014.) Although it has made its rounds in social media, Refinery29 says that it hasn't trickled into Hollywood quite yet, especially to make the changes it aims to make. So, Refinery29 decided to poll the crowd, taking to the red carpet themselves to see what celebrities thought of the campaign and being only asked about what they're wearing, when certainly they are deserving of more sound and suitable questions. From Elizabeth Banks to Hilary Duff and many in between, celebrities actually have a lot to say, if we actually take the time out to ask them more.

Banks said that she is a big supporter of #AskHerMore and that she would "love to do away with the culture of judgment based on nothing." Rose McIver said that she is just learning about the campaign and finds it interesting. She added that she thinks one of the most important things "is knowing that your voice is worthwhile and that somebody's listening." Hilary Duff, however, is a little bit on the fence, stating that she's an advocate for women having voices but she thinks that the red carpet is kind of about the clothes.

Sometimes celebrities are turned into roles in reality as much as they are in fiction. But they are beauty with brains combined, and people deserve to know that. Award shows bring in thousands, and sometimes millions of viewers, and are often the only time audiences can hear what celebrities have to say. Which is even more reason why it's time we begin hearing more of these opinions from some of our favorite and fashionable celebrities.