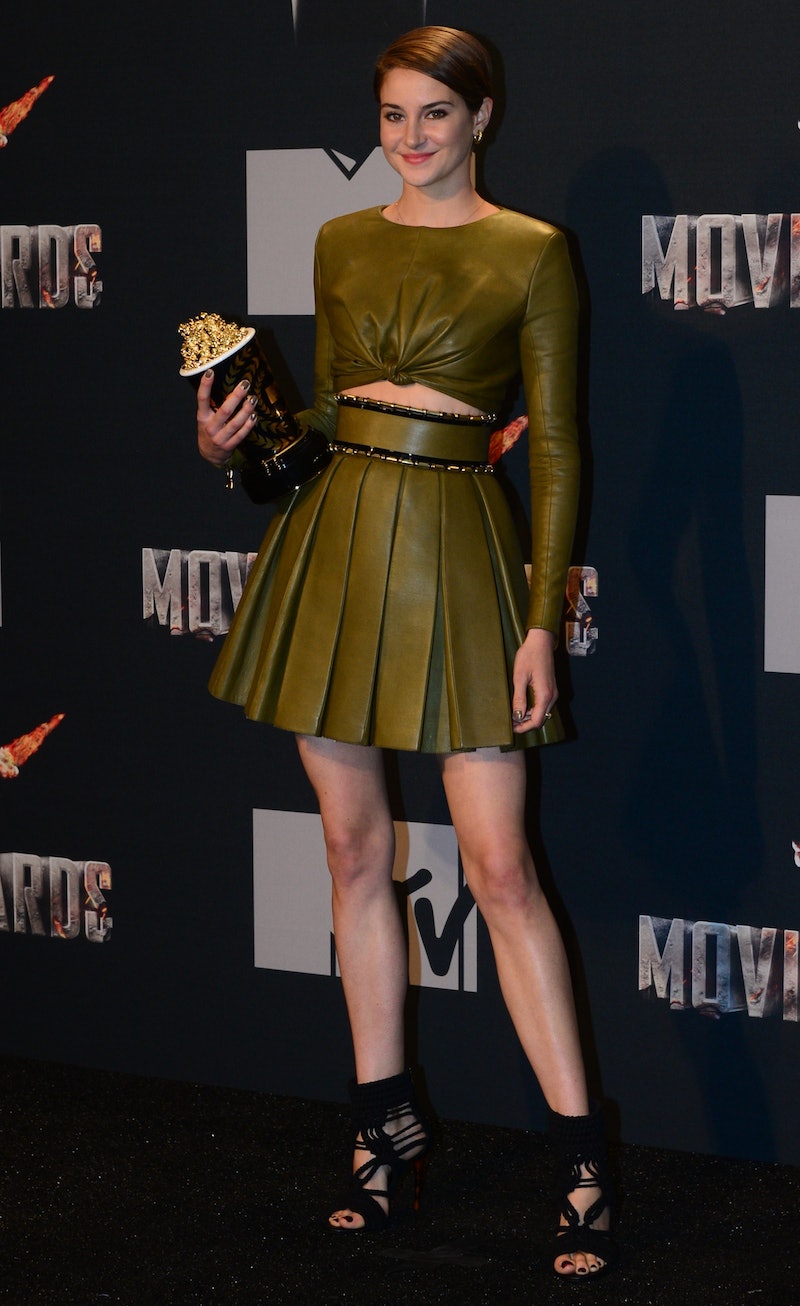 Though nearly every category at the 2015 MTV Movie Awards is filled with huge celebrities and beloved franchises, one award was easily the most anticipated of the night: Best Female Performance. With Jennifer Lawrence and Shailene Woodley both nominated for their roles in The Hunger Games: Mockingjay, Part 1 and The Fault In Our Stars, respectively, it was one of the year's most unpredictable categories. Because while the other three nominees delivered great performances in their roles, this is the MTV Movie Awards. Blockbusters, especially YA blockbusters, reign supreme, and both films had the support of huge, passionate fandoms, who I'm sure voted as much as they possibly could. In the end, fans of The Fault In Our Stars edged out a victory, as Shailene Woodley won the MTV Movie Award and honored John Green with her acceptance speech.

Though Woodley was being honored for her performance as Hazel Grace Lancaster in TFIOS, she brought all the attention to author Green. She had such nice things to say about him, she actually made Green cry. It was a sweet moment, and honestly, it was a long time coming. Think about what happened when you read and/or watched TFIOS. For me, that recalls memories of a giant pile of tissues and tear-stained pages. After making millions of viewers and readers sob for hours with his amazing work, Green shedding a few tears at the MTV Movie Awards really isn't that bad.

Besides, Woodley's speech was very touching. "I feel like this award belongs to John Green, who I'm staring at right now," she said when she took the stage to accept her Golden Popcorn. "Because he gave this world a beautiful masterpiece, a gift...It changed my life when I read it, and being a part of this film dramatically influenced who I am today."

Teary-eyed yet? She went on. "His words will transcend time because they transcend age. There's not one single demographic that won't be affected by the wisdom, and the compassion, and the beauty that he laces into every single thing he does in his life," she said. "I want to thank you for being the human that you are, and for every single day living a life with compassion." Watch Green's reaction below.

See? When you compare it to what TFIOS caused on a pretty enormous scale, not that bad.