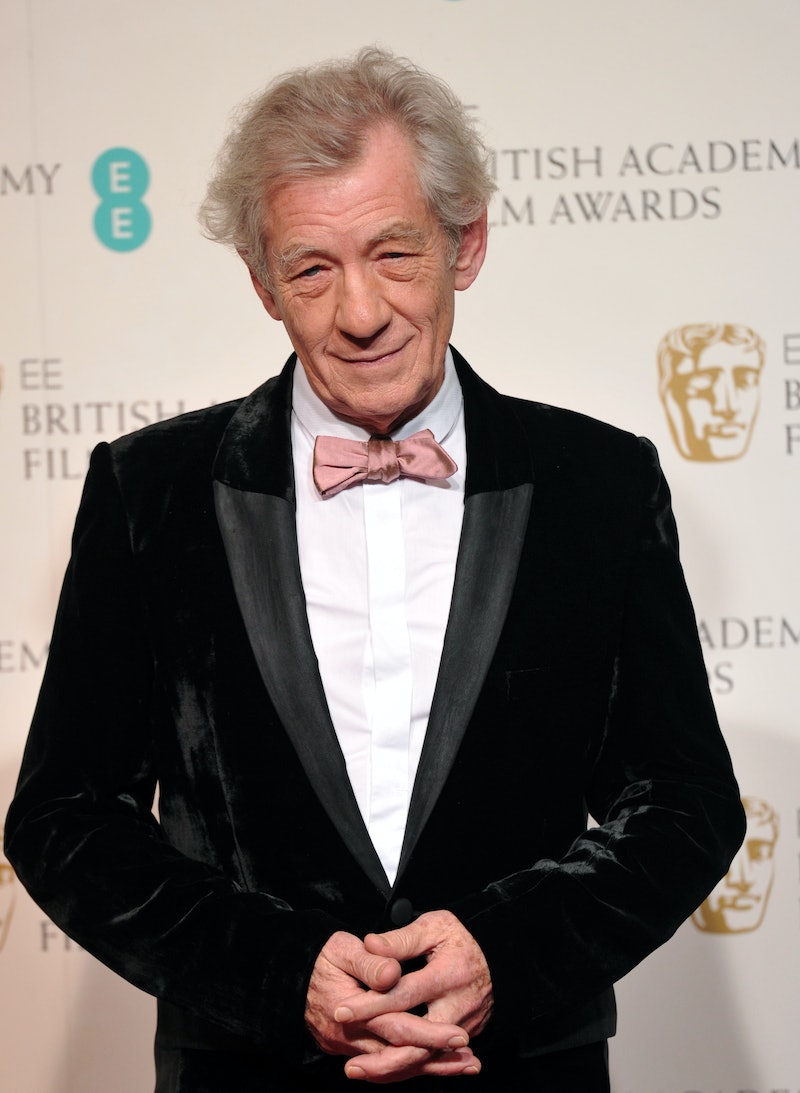 Continuing its reign as one of the best-cast movies ever, the live action Beauty and the Beast has added Sir Ian McKellen to play Cogsworth. Now if that's not just the best news ever, I don't know what is. McKellen joins the already stunning group of people ranging from Emma Watson (Belle) to Emma Thompson (Mrs. Potts). Let me tell you, I dream cast Beauty and the Beast when it was announced, and the real cast is ten times better than I could have hoped for. (I'm still holding out for Idris Elba to be Lumiere, though.)

With each new casting announcement, the news is met with joy from fans of the Disney classic. It's actually amazing how perfect the actors are. It's also nice to see that casting attention wasn't limited to just the main roles of Belle and the Beast. Supporting characters are just as important, and Disney has spared no expense to get the best supporting cast around.

Seeing how Disney is doing things gives me hope that future films (especially adaptations of childhood classics) can be done right. So here's what every studio needs to learn from Beauty and the Beast to ensure that their casting is as flawless as this movie's is.

For many, Beauty and the Beast was an iconic part of their own childhood. So it made a lot of sense for Disney to cast a lead who was also a childhood hero. We first met Emma Watson in Harry Potter, and, now that she's all grown up, she's starring in another nostalgic film. Bringing actors from the audience's childhood makes the movie almost guaranteed to be a success.

Pack In a Personable Supporting Cast

It's not known yet exactly how Disney will handle the live action version of cartoon characters like Mrs. Potts and Cogsworth. But, if they choose to keep those parts animated, it's essential that they have voice actors with character. It's so hard to act with just your voice, but people like Ian McKellen and Emma Thompson are perfect for the roles because their voices have so much personality. I could listen to either of them talk all day long. Both also have previous experience in voice acting, so they're coming into this film as seasoned professionals.

Cross Pollinate with Other Beloved Films

Josh Gad won over a nation by playing Olaf in Frozen. So, obviously, we can count on his portrayal of Gaston's sidekick Le Fou to be just as amazing. Gad is like a Disney prince without any of the royal duties. He's just princely because everyone loves him no matter what he's doing.

While Luke Evans (Gaston) and Dan Stevens (the Beast) are certainly not unknown actors, it's safe to say that Watson has the most star power — and she should. Beauty and the Beast is primarily about Belle, and it's actually a super feminist movie. So, picking leading actors without the mega fame factor will allow Watson shine as she deserves to.

Cover All the Fan Bases

Disney has definitely proven that they know how to build a good cast. If this is how it can be, I never want to go back.