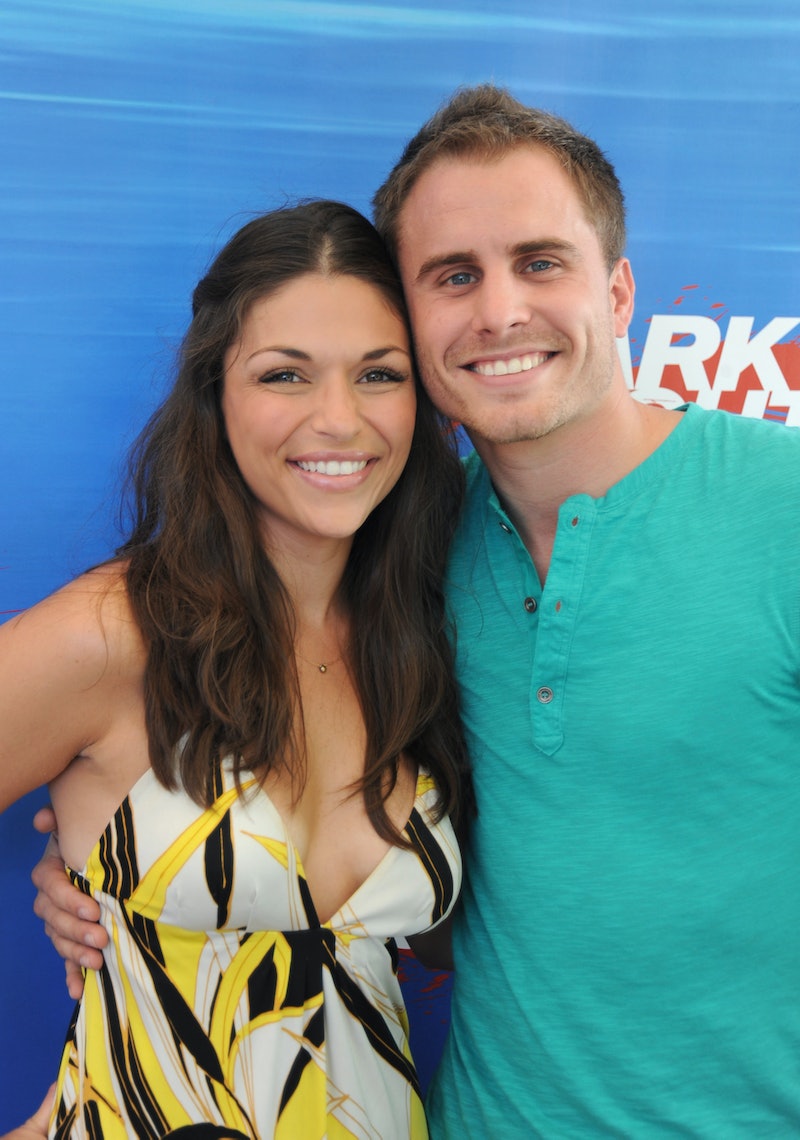 The Bachelor family can get a little incestuous at times, and often past Bachelor contestants will date one another — even after the show stops airing. In fact, there have been just as many successful marriages to come out of Bachelor Nation as on the show itself. It makes sense. After all, with 19 seasons of The Bachelor and 10 seasons of The Bachelorette, that's roughly 700 people that have been on the show over the years. That's a much larger group of suitors to choose from than the show's 25 at a time, and some personalities are bound to click.

So, it's not surprising that over the years former Bachelor and Bachelorette contestants have found each other, dated, and some have even gotten married. It's a nice bonus of being on a reality show because they get to meet all these other people who went through the same thing. Every now and then they meet someone who shares their experience and also a connection.

So here are seven couples who struck up a love affair even when the show stopped airing. And though not every couple has made it last forever, it's nice to be reminded that even when the cameras are off, love can bloom.

After Robertson's engagement to Season 16 Bachelor Ben Flajnik ended, Robertson struck up a friendship with Bachelorette Season 8 contestant Luyendyk. Both were Arizona residents and soon their friendship turned to romance. It didn't end up lasting, but the pair remains friends to this day.

Wright was rejected during Season 10 of The Bachelor, and Lambton got sent home by Ali Fedotowsky during The Bachelorette Season 6. But fortunately for the two, they later found each other. They met in 2010 after some mutual Bachelor friends introduced them and fell madly in love. The pair has now been married for almost three years.

Csincsak couldn't make things work with Season 4 Bachelorette DeAnna Pappas, but it's all for the best. After breaking things off with Pappas, Csincsak met Season 13 reject Ann Lueders on a Bachelor reunion cruise. They have since gotten married and have two children.

Pappas' breakup with Csincsak didn't just work out for him. Pappas also met her husband through the Bachelor family. Specifically through Bachelorette Season 5's Michael Stagliano. Stephen is his brother and it was through his connection to Bachelor Nation that he and Pappas met and eventually married. (They even have an adorable daughter!)

Presser (Bachelorette Season 5) and Durr (Bachelor Season 9) were both eliminated on the first episode of their shows. But it didn't matter in the long run because they found each other and are happily married. It's amazing how successful a Bachelor relationship can be if it begins without any cameras around.

After Brown was eliminated on The Bachelorette's sixth season and Kitt was sent home on Season 14 of The Bachelor, the pair met at a charity event. They got married in March 2014 and are still going strong.

The former two-time Bachelor got another chance at Bachelor Nation love when he started dating Season 17 reject AshLee Frazier in April 2013. The pair couldn't make things last though and broke up a few months later. Both of them are currently still single. Who knows? Maybe they'll find another Bachelor family member to date next.