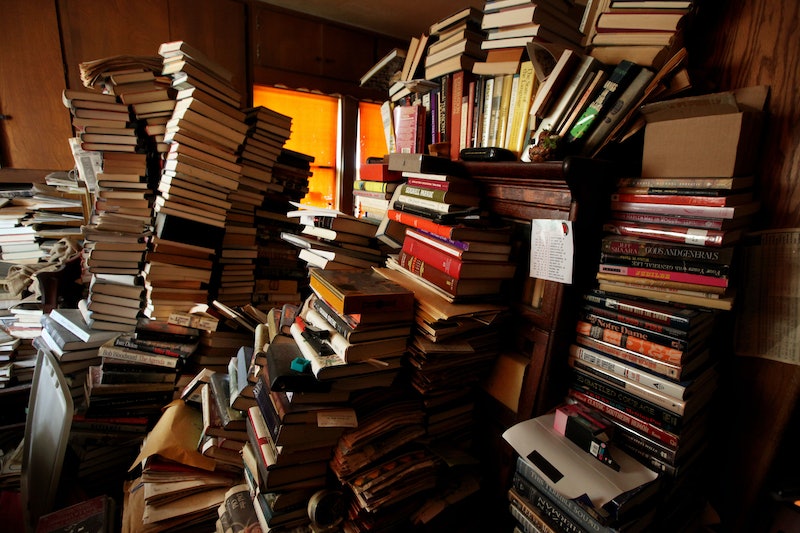 I am perpetually confused by the fact that there are apparently still people out in the world who want to ban books, and yet, they do exist. And thus we have the American Library Association (ALA)'s 2014 banned book list of the most banned and challenged books in the country. As per usual, it's a bit of a head-scratcher. People really think these are bad?

Predictably, the most common reason for books to be banned has to do with sexual content, because God forbid kids ever be exposed to the idea of sex before they're married or something. But interestingly, as the ALA notes, eight of the top 10 most banned books feature diverse authors and/or "cultural content" — in other words, it's not just the sex that makes people uncomfortable. It also seems likely that having young people read books by and about people of color, or LGBT people, or women who discuss violence against women, makes parents and community members react negatively.

For example, The Bluest Eye by Toni Morrison, which was the fourth most banned and challenged book in 2014, is typically challenged as "sexually explicit" and "unsuited for age group," and it's true that the book does have quite a few frank passages about sex and deals with some pretty heavy issues. But it's still a modern classic from one of America's most formidable and revered authors. It also deals with race and racism in a very powerful way. Would as many people have tried to challenge a book with similar sexual issues written by a revered white author and making no mention of race? It's impossible to know, but it is an interesting question.

So, what are these books that everyone has such a problem with? Well, here's the full list, including the reasons people give for banning them.

1. The Absolutely True Diary of a Part-Time Indian by Sherman Alexie

3. And Tango Makes Three by Justin Richardson and Peter Parnell

4. The Bluest Eye by Toni Morrison

7. The Kite Runner by Khaled Hosseini

8. The Perks of Being a Wallflower by Stephen Chbosky

9. A Stolen Life by Jaycee Dugard

So, time to add all those to the booklist immediately, assuming you haven't yet read them already!

More like this
16 Novels That Paint A Realistic Portrait Of Abortion
By K.W. Colyard
5 Gripping Books To Read From Women’s Prize For Fiction Winner Ruth Ozeki
By El Hunt
25 Spell Books For Every Type Of Witch
By K.W. Colyard
GIRLI & Q Fell In Love At A Skatepark & Never Looked Back
By Jessica Morgan
Get Even More From Bustle — Sign Up For The Newsletter