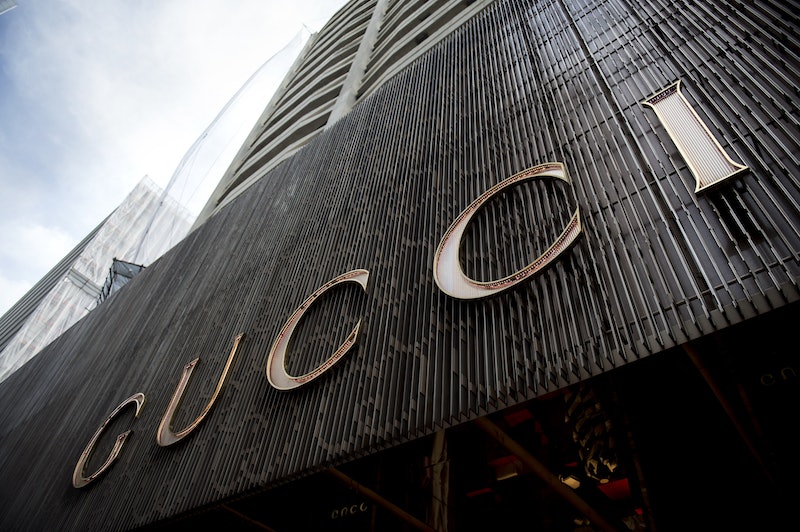 Today, a new Gucci ad campaign under the creative direction of Alessandro Michele debuted, and it's incredibly cool. Back in January, Michelle was announced as the newest creative director after much speculation over the appointment. Names like Tom Ford and Richardo Tisci were being tossed around for the position, but clearly, Michele was the correct choice.

The latest leader of the Gucci team has been with the brand since 2002 and stunned at fashion week this year. However, the label appears to be moving in a different direction than what we saw at Fashion Week. The 2015 Gucci aesthetic focused on androgyny in their menswear line, even including some female models in the show. From the clothes to the styling, the ready to wear line screamed gender neutrality, and thus, the ad campaign was anticipated to carry on the androgynous tastes.

The campaign, however, departs from the style seen on the runways and instead focuses on a cool, vintage 70's vibe that's become super popular as of late. Photographers for previous campaigns, Mert & Marcus, are no longer a part of the brand's advertising strategy, which was previously notoriously sexy. Instead, Glen Luchford has joined the team for these sleek images with a more muted, but still sexy, coolness. Peep the new, awesome ads below and brace yourself for a cool new tone to Gucci.