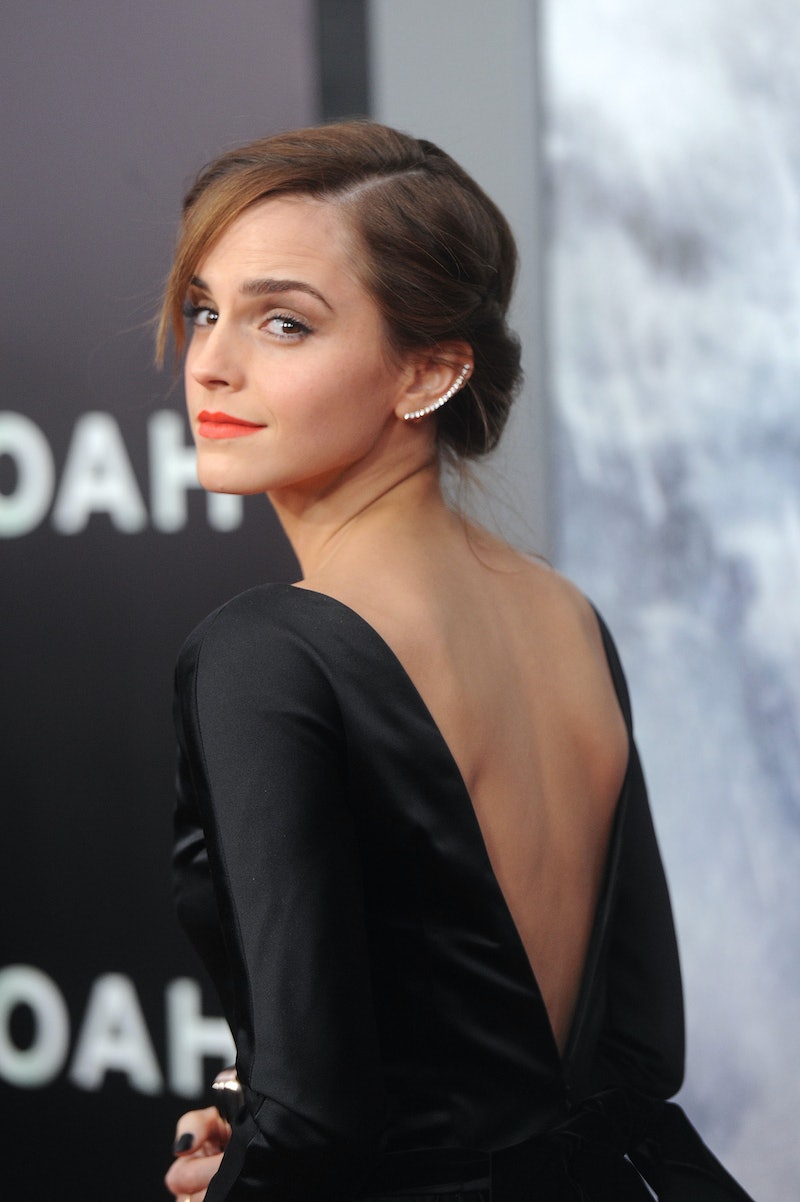 Emma Watson has been the personal hero of many women since she was, oh, 11 years old. When the previously unknown actress stepped into the shoes of Hermione Granger from the Harry Potter book series, we had no idea she would grow up to become exactly like her character. Not only is it true that Emma Watson is a feminist icon, but she is also an activist, actress, dancer, and soon-to-be-singer if Disney's live-action Beauty and the Beast turns out to be a musical. Unlike most child stars, she has never struggled with any kind of scandal, and she even earned her way into college after making enough money to buy her way into several colleges. Is it any wonder that Watson is a role model?

The best part of all of it is that she doesn't even have to try. While many celebrities struggle with the reality that they are considered a role model to adults, teenagers, and children alike, Watson became a role model by just being herself. Even before dedicating herself to the cause of gender equality, it felt like Watson didn't even have to try in order to be someone that we all look up to. She may have just turned 25 years old, but she's already taught us so much in the last 14 years.

Here are seven life lessons Watson has taught us.

1. Education Is Important (Even If You're Already Rich)

After Emma Watson completed the final Harry Potter film, she didn't have to work again for the rest of her life. She was richer by the age of 13 than most of us can ever even dream of being in our entire lives. However, Watson decided to attend Brown University instead of, you know, taking showers in her own money for the rest of her life, proving that sometimes education isn't just to get a good job so that you can make the money to survive. Sometimes, learning for the sake of learning is a joy in and of itself.

2. Do What You Believe In, Even If You Think No One Will Listen

When Watson first unleashed the epic #HeForShe speech at the UN that made those of us who were late to the program realize she is a true feminist icon, she mentioned that she didn't think anyone would listen to her. "You might think, ‘Who is this Harry Potter girl? What is she doing at the U.N.?’ And it’s a really good question — I’ve been asking myself the same thing," she said with self-deprecating humor. However, that didn't stop her from making the speech, and for continuing to fight for gender equality, because she knows that this is her passion and she can't expect others to fight for it for her.

3. Your Life Is Yours To Live The Way You Want

Watson has been in the public eye since she was a child, and that has not been easy on her. However, not only did she avoid the pitfalls of many child stars by avoiding partying, drinking, or emotional breakdowns, but she is also scandal-free as far as we know. Through a combination of her decision to date men who aren't also famous, and some frankly amazing choices in friends, Watson has managed to keep her private life incredibly private and live her life the way she wants to live it — even with the public watching.

There was a time, while the franchise was still ongoing, when it was uncertain if Emma Watson would finish the Harry Potter movies. Though Rupert Grint and Daniel Radcliffe had quickly renewed their contracts, Watson held off for a bit as she considered quitting in order to go to college. "I always try and make decisions in my life based on what’s right for me and I just try and be true to myself," she said at the time, adding that the Harry Potter filming schedule would have prevented her from sitting for her exams. So what happened? The filmmakers curbed the filming schedule around her exam schedule so that she could do both.

5. It's Important To Finish What You Start

From the Harry Potter franchise to her stint at Brown University to the #HeForShe program that was attacked by sexist trolls, Watson has yet to undertake a project that she doesn’t see through to the bitter end. Even if she has to take a break, even if she has to put it on pause to do what’s right for her, she is a woman who adheres strongly to her commitments.

6. Don't Give Your Critics Power

Remember when Internet trolls threatened to leak nude photos of Watson as a negative response to all her talk of gender equality and women having opinions? Not only did Watson shut that down quickly, but she also removed the power from the trolls by using their anger as an example of exactly why her commitment to feminism and gender equality was so necessary and important. After all, if she can’t have the opinion that men and women are equal without being attacked for having it, don’t you think we really need feminism?

7. Always Remember To Have Fun

Whether it’s dancing with Jimmy Fallon or taking hilarious selfies with the cast of Beauty and the Beast, joking around behind-the-scenes with the Harry Potter cast or laughing her way through interviews, Emma Watson is having a good time just being herself and living her crazy, amazing life. She might have seen things, done things, and worked with people we can only even imagine, but she’s still a fun-loving young woman like anyone else.