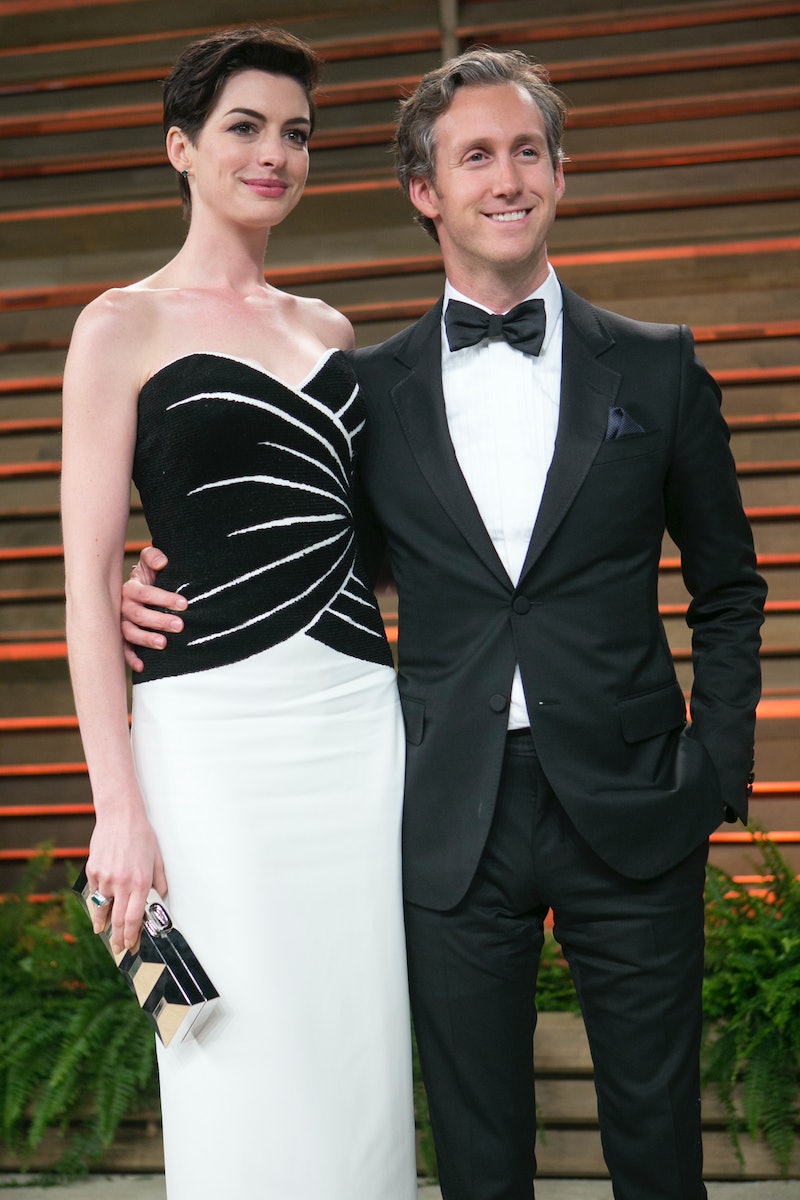 The world never tires of telling women what our marriages should look like — and that includes telling us whether or not we should change our last names after we marry. Women may make that choice based completely on personal preference, but it's hard to tune out the public debate — one which is often laden with finger-pointing, guilt, and rampant stereotyping. For example, a 2010 study published in Basic and Applied Psychology showed that women who change their names after marriage are more typically viewed as more "caring and emotional," while women who kept their last names were viewed as "smarter and more ambitious." Based on this one decision, many people decide that they know everything about who you are and what you're about.

Of course, this entire discussion is fairly new — historically, taking your husband's last name upon marriage wasn't even up for discussion. The first American woman to legally maintain her last name after marriage was Lucy Stone, who in 1856 became an icon for women who wanted to buck marital traditions (for decades after her, women who kept their names after marriage were known as "Lucy Stoners," which, incidentally, would also be a great name for your metal band).

In the decades since Stone, keeping or changing your name has become both a personal decision, and one that many people are eager to read meaning into: does changing your name make you more traditional? Does keeping it make you a feminist? And what about women who choose flexible naming options, like using one name in some circumstances, and a different one in others (see: Beyonce "Mrs. Carter" Knowles-Carter)? The stereotypes don't come anywhere close to telling the whole story of the 35 percent of women who keep their last name when they marry or the 65 who opt to change it.

So, we decided to ask over 100 married women about why they changed or kept their names — and the answers were far more complex and thoughtful than the "traditionalist vs. feminist" dichotomy that a lot of think pieces on the topic push. We'll publish the results of our survey of women who did opt to change their names next; below, hear 27 honest answers from women about why they stayed tied to their last names after they tied the knot.

"I like my last name better. Plus, my name ends with me, as my whole family had girls."

"I love my last name, and I don't like the convention."

"1. Feminism; 2. I'm a lesbian — there was no script for who should change her name and who shouldn't, and taking one name or the other might imply that the originator of the name was the less feminine partner, which wasn't something I was interested in signaling with our names; 3. fear of giving up my identity."

"Laziness. I hate paperwork and it seemed like a pain in the ass."

"My mom kept hers; a hyphenated name was too cumbersome; I didn't want to worry about publishing under two names before/after marriage, or in the case of divorce. Also, we considered having the kids take my name, but my partner made the point that then people might question his paternity. So they have his name."

"I like my name, I like the lineage connection to my family of birth, and I like that my friends, colleagues, and school and professional networks know who I am now and in the future."

"It honestly never occurred to me to change my name."

"Husband didn't want me to."

"In a lot of the marriages I admired — my parents, colleagues, friends' parents —the women kept their names. It seemed to make sense. There's the practicality — my degrees, bar admission, work identity, they're all wrapped up in this name. And most importantly: my husband. The fact that he honors my independence and never even asked if I would change it — and completely agreed when I said I was keeping it...I like to silently think about how awesome that is when people ask."

"I like my last name. It's my favorite part about my name."

"Too much hassle and paperwork."

"Because I am still me when I get married, and I would never change my name unless my partner changed his name (i.e. we both blend or hyphenate our names). I literally cannot believe people still change their names to their husband's names and are excited to do that. It's embarrassing as a society that we permit that."

"Frankly, I'm proud of the career I built in my name. Plus, I only have time in my life for two syllables."

"We hyphenated right before our son was born, so that the three of us would have the same name."

"My maiden name is easier to pronounce and spell correctly, and my dad has no sons."

"I'm a doctor. I might have changed it if I weren't, but the paper work was a hassle. Also, I'm the only doctor in my family. People with my last name supported me through college and med school. The last name deserves the title."

"Just added it to the end of my professional name, because I built a career on my old name."

"No men in our family, and I wanted our unusual surname to be out there longer. Also, I got married later in life — 37 — and like and own my name. Husband not thrilled."

"I did not change my name because I feel it is an antiquated practice. I had my name for over 30 years and was not about to change such a huge part of my identity and career because I chose to get married. I would never ask my husband to change his name."

"Because I'm a whole person without my husband."

"Different strokes for different folks, of course, but I think it’s kind of weird when queers change their names. And my last name is way better than my wife’s last name."

"First of all, why would I? It is my name. The fact that this is often a default question in society seems crazy to me. But to answer the question more practically: because I had established myself professionally under my name, because we have an egalitarian marriage and our names should reflect that power balance, and because I am a feminist and don't think the traditional reasons that women once changed their names — coverture! — is a legal or social reality today. It seems crazy to me that so many women still do it."

"It represents who I am. It had been my name for 30 years. I was joining my husband in a partnership when we married, not becoming a new person."

"I'm a writer and editor, so my byline is tied to my current last name. I am reluctant to give up a last name that has a lot of interesting history and heritage behind it — I consider those things part of my identity. And I honestly think the assumption that women will give up their names and take their husband's is a sexist one — why is my name so easily discarded when his gets to carry on for generations? Am I a less important member of our family? Our relationship is egalitarian and this choice should reflect that...I told my fiancé that if he would change his name to include mine, I would change mine to include his — 35 years into marriage, my father suggested to my mother that they both take the same hyphenated last name.

But a caveat: all bets are off once we have kids. I hear there are major logistical benefits to having the same legal last name as your kids."

"I didn't want to have to change my identity. I've been called by my last name my whole life, and it feels ridiculous to change it just to suit some societal idea. I am my own person, and my identity is not inherently tied to who I married."

"I love my name and it's MY name. I don't see the point in taking husband's name — it wasn't even an option that crossed my mind."