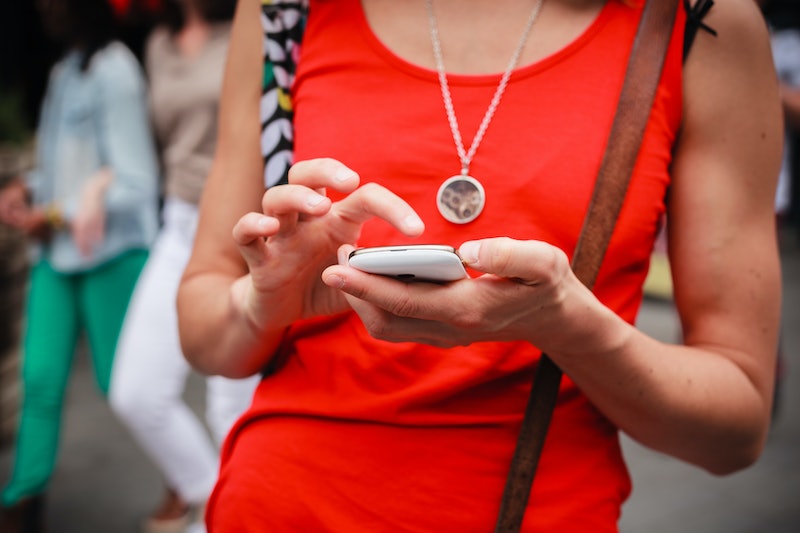 If you haven’t used Tinder (perhaps because you’re not single or you have absolutely no interest), now you can try out the new speed-networking iPhone app Hyped. The self-proclaimed “Tinder for Business,” launched recently on iPhones and was created by About Fruit Inc (formerly Whatchat Ltd), the company that created Puffchat, Snapchat’s competitor. Their tagline is, “Connecting the world's hipster professionals with a swipe of the thumb.” (Yes, you read that correctly.)

“The app made by Hipsters, for Hipsters,” said Managing Director Michael Suppo.

(I know some of you may stop reading this now.)

Like Tinder, you can find matches (“hipster professionals,” Suppo said) both near and far, and, if you both swipe right, you can start communicating. And “networking.” Right. Also like Tinder, if you swipe left, no one will know. In a way, it sounds like an introvert’s dream come true and I can see the allure for people who hate the forced nature of networking events and would prefer to do so from their couch (or subway or while walking down the street).

I don’t blame About Fruit Inc, the company behind Hyped, though. With the astounding popularity of Tinder—50 million users as of March, 2015—why not imitate a wildly successful phone app?

The idea of a professional network using the LinkedIn model is great, though I fear people will—like they so often do with Tinder—just look at pictures and not the profiles, per se. (And, correct me if I’m wrong, but doesn’t that defeat the purpose of networking?)

“We don't believe in business, we believe in people. And this is an app for cool people to meet equals, both locally and worldwide.” -Managing Director Michael Suppo

I’m a big networker and like speed networking, so I love the concept of Hyped—without the hipster part. After all, I don’t decide to work with someone based on whether he or she is sporting a hipster beard or cool-yet-casual dress with knee-high socks and Converse. Wouldn’t it make more sense to have Hyped open to non-hipsters, too, and advertise it as such? Plus, who’s to say who’s hipsterly or not? Will someone’s phone self-destruct if they’re not hipster-esque or cool enough for the app?

And, what’s the difference between “cool” people and “hipster” ones? I wish the company would define these so we know if we’re "cool" or "hipster" enough to start swiping.

On Urban Dictionary, the “top definition” of “hipster” (by Trey Parasuco) is a few paragraphs (!) long, and starts off by saying:

“Hipsters are a subculture of men and women typically in their 20's and 30's that value independent thinking, counter-culture, progressive politics, an appreciation of art and indie-rock, creativity, intelligence, and witty banter...”-Trey Parasuco, Urban Dictionary (Um, isn’t that everyone in their twenties and thirties?!)

“Someone who listens to bands you've never heard of, wears ironic tee-shirts, and believes they are better than you. ‘Julian is such a hipster!’”-Spanielx, Urban Dictionary

As for “cool,” here's a few Urban Dictionary definitions:

"Laid back, relaxed, not freaked out, knows what's goin on. has come to mean anything popular, ‘that's one cool cat.'"-ophelia, Urban Dictionary

“An adjective referring to something that is very good, stylish, or otherwise positive. It is among the most common slang terms used in today's world. ‘Your computer is very cool.’” -Ainolketta, Urban Dictionary

Hipster, cool, or not, I’d be curious to try the app, not for the hipster part, but just to see what all the hype is about (if any).