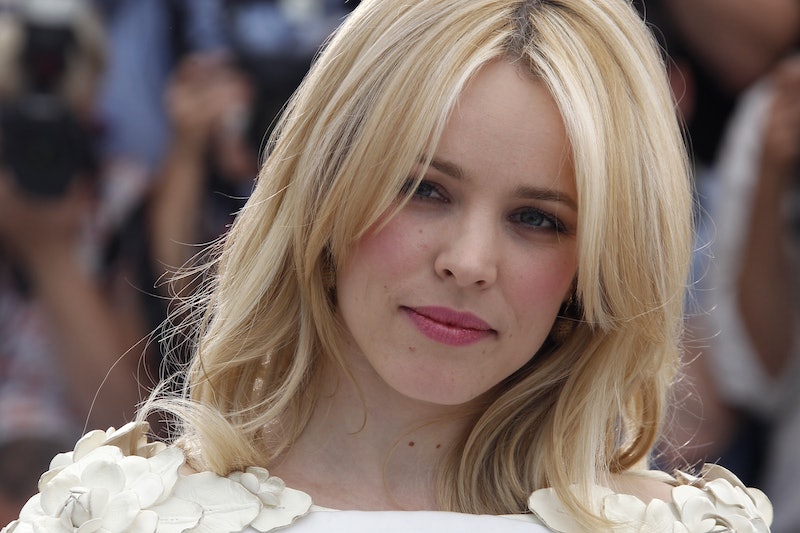 Do you remember the first time you saw Rachel McAdams on screen? For many of us, it was likely 2004's Mean Girls, where she leaped into our hearts — and our Burn Books, natch — as Regina George, the vindictive, two-faced popular girl that we all loved to hate (and hated to love, for that matter). And while Rachel McAdams starring in Mean Girls might have gotten her noticed in Hollywood, she's far from a one-note actress: Since then, she's appeared in nearly two dozen films, all of amazingly different genres. She's even been chosen to take on the lead role in Season 2 of True Detective, HBO's popular crime drama. It seems obvious that she's hit her acting stride.

Over the past decade, McAdams has been lucky enough to portray characters that are unique, complex, and varied, which is something every actor likely dreams of. And her choice of roles has done a great job of convincing me (and plenty of casting directors, it seems) of what a talent she truly is. From watching her over the years, there's one thing I'm convinced of: Rachel McAdams really can play any single role there is. Seriously, try her — I bet she won't disappoint.

Here are some of the characters McAdams has played that prove this:

I mean, this is obvious, but it can't not be included. McAdams played Regina George so convincingly, and so hilariously, that it's no wonder her career exploded after the movie came out. Her ability to really nail that mean, vapid teenage girl persona that lacks any self-awareness at all was brilliant and showed she was capable of much bigger things.

McAdams' latest role will see her play police detective named Ani Bezzederies, a former alcoholic and gambling addict who, judging by the trailer, is kicking butt and taking names from serious criminals with ease. She takes to such an authoritative role like a fish to water, and I think this might end up being one of her best parts yet.

In Midnight in Paris, McAdams plays Inez, the fiancée of Gil (played by Owen Wilson), a writer who was successful in Hollywood but isn't having much luck on his first novel. Things get pretty crazy for Gil as he searches for inspiration, and Inez doesn't really know what to make of it all. McAdams is great in this; her performance is understated, but that's what this movie called for and it was perfect.

McAdams is the temptress Irene Adler — Sherlock's main romantic interest (though she was only featured in one of Sir Arthur Conan Doyle's original stories and was not his love interest in that story). She proves dangerous when it comes to Sherlock completing his cases. The role is a little bit camp while remaining a whole lot of fun, and McAdams is a serious highlight of the film (and the sequel).

Does anyone not love The Notebook? It's a hopelessly romantic movie wherein McAdams' Allie is a rich girl who falls in love with a working class guy (played by Ryan Gosling) and their different worlds threaten to tear them apart forever. I don't care how corny this movie is — I will watch it several times a year and cry my eyes out every time.

Even before Mean Girls, McAdams was killing it in the teen comedy genre. In The Hot Chick, she played Jessica, a vapid, cruel (and yes, hot) teenager whose best friend April (played by Anna Farris) becomes trapped in the body of an older man. While not a starring role, this early part showed McAdams' flair for comedy and her ability not to take herself too seriously, and she made it totally memorable.

I was thrilled when McAdams was cast as Clare in the big screen adaptation of The Time Traveler's Wife, which was one of my favorite books. She is a normal woman with a normal life — except for the fact that the man she loves, who at one point becomes her husband, involuntarily time travels at random times and she never knows when he's coming back. McAdams put a lot of heart into this role and was radiantly beautiful (as per usual). It's definitely one of my faves.

In this dark thriller, McAdams is Christine, a high-powered executive who's intent on destroying the life of her subordinate, Isabelle (played by Noomi Rapace) as revenge for Isabelle's affair with Christine's ex. If you couldn't tell, things get nasty quickly and — spoiler alert! — someone ends up dead. McAdams pulls off the jealous, desperate and vindictive Christine almost scarily well.

McAdams can do more than drama and romantic comedies — she also tried her hand at the horror/thriller genre. In Red Eye, McAdams plays Rachel, a woman kidnapped by a stranger during a routine flight. In order to save her father from being killed, she becomes embroiled in a plot to help the man who kidnapped her kill a prominent politician. So good!