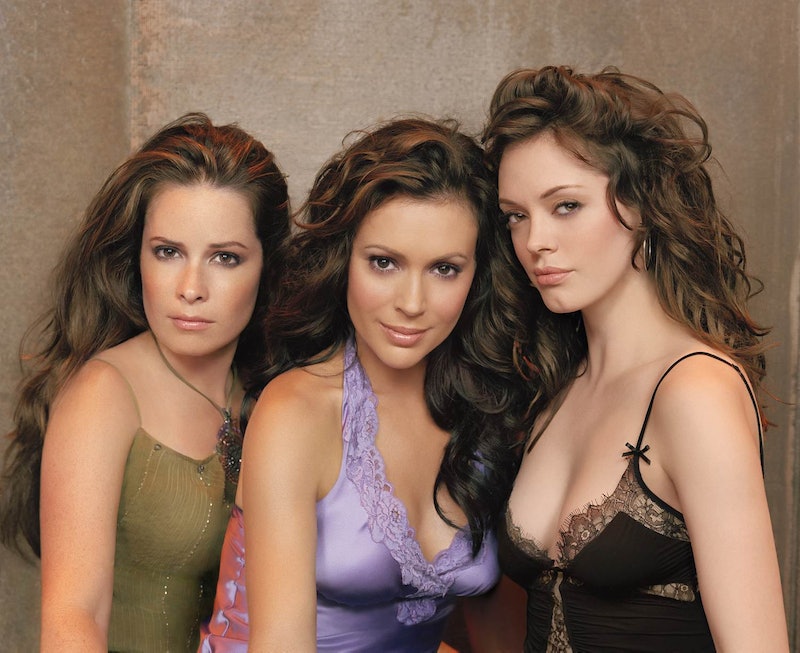 So it seems witches really are the next vampires. (When exactly will humans become the next witches?) Following the launch of Lifetime's Witches of East End and FX's supremely (ha) popular American Horror Story: Coven, CBS has announced its in the midst of rebooting Charmed , the WB's sister witch drama.

It makes perfect sense: Not only has American Horror Story: Coven proved that witches still put a spell on us all, but one of the network's most bankable stars, The Big Bang Theory's Kaley Cuoco, is an alum of the Charmed, which also starred Alyssa Milano, Holly Marie Combs, Shannon Doherty, and Rose McGowan as the magical Halliwell sisters.

But with all of the previous Halliwell sisters otherwise engaged — Cuoco stars on Big Bang Theory, Milano on Mistresses, Combs on Pretty Little Liars, McGowan is on her honeymoon, and Doherty is... paying her bills — who will occupy the shoes of San Francisco's magic pixie dream girls? Here's our vote:

Yes, she's on the upcoming freshman series Almost Human, but the actress deserves her own vehicle. And she's already primed for a Charmed starring role — Kelly's previous series was Charlie's Angels, a reboot about three ass-kicking ladies. Sound familiar? But where Angels suffered from a thin, outdated concept, Charmed would succeed — especially if Kelly got the chance to rock Milano's wardrobe. (Phoebe's magical talent: the ability to get away with crop tops and low-riding jeans on a daily basis at her professional workplace.)

The actress has the maturity and sense of humor to pull off responsible peacemaker Piper Halliwell. True, she's just been promoted to regular on another series. But, if CBS wants to pluck from within, they should immediately pluck Tamblyn off of the comedic and misogynistic nightmare that is Two and a Half Men. And, if they don't — well, I might just have to send Balthazar after them. #SaveAmber

Because it wouldn't be Charmed without a difficult leading actress who gets killed off early in the series' run...

...only to be replaced by a bubbly, charming actress you have no choice but to love. (In the original's case, it was McGowan who replaced Doherty.) With Us & Them dead on arrival, Bledel is free to lend her Rory Gilmore charm to another series. After all, how do we feel about the idea of an unemployed Bledel? Let her fiancé Vincent Kartheiser tell you:

So, come on, CBS: Avoid turning your Charmed reboot into NCIS: San Francisco and heed our advice. We promise we'd find it bewitching.