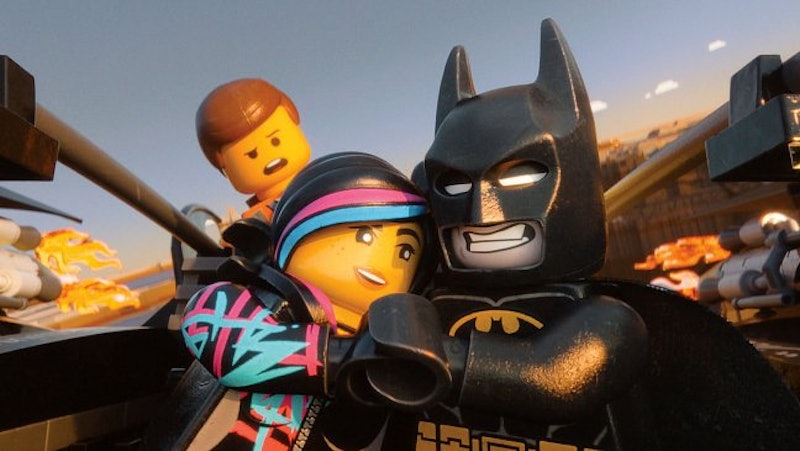 Following an astonishing amount of success with their LEGO animated feature The Lego Movie (which grossed a colossal $468.7 million worldwide), Warner Bros. has announced not only a sequel but also spin-offs to the animated franchise. The Lego Movie Sequel is now slated for release on May 18, 2018, which is a full week earlier then what had been previously anticipated. According to Deadline, this move means The Lego Movie Sequel will have an entire weekend to itself at the box office. Because the film was such a phenomenon last year, other studios will probably refrain from putting their films against it during its opening weekend.

Though 2018 seems well into the future, avid LEGO lovers won’t have to wait until then for their fix. Warner Bros. announced today that the untitled Lego Batman movie, will be released February 10, 2017. That makes two LEGO films for 2017. The second LEGO spin-off, Ninjago, was originally positioned to open in 2016; has since been pushed back to a September 22, 2017 release date.

Warner Brother's President of Domestic Distribution Dan Fellman said of the franchise, "These three films already in the pipeline are just the beginning of a creative and diverse animation slate that will be delighting audiences for years to come."

With The Lego Batman and DC Comic’s up-and coming Batman vs. Superman, we will certainly have a whole lot of Batman to look forward to. With any luck Will Arnett’s LEGO Batman will receive a much warmer welcome than Ben Affleck’s human portrayal.

More like this
Rupert Grint Just Shared A *Major* Update About Ron Weasley’s Future
By El Hunt
Anne Hathaway Shared A "Thrilling" 'Princess Diaries 3' Update
By Darshita Goyal
'Girls Trip 2' Will See Our Fab Four Enjoy An International Adventure
By Maxine Harrison
Hilary Duff Is “Optimistic” About A 'Lizzie McGuire' Reboot
By Alyssa Lapid
Get Even More From Bustle — Sign Up For The Newsletter
From hair trends to relationship advice, our daily newsletter has everything you need to sound like a person who’s on TikTok, even if you aren’t.