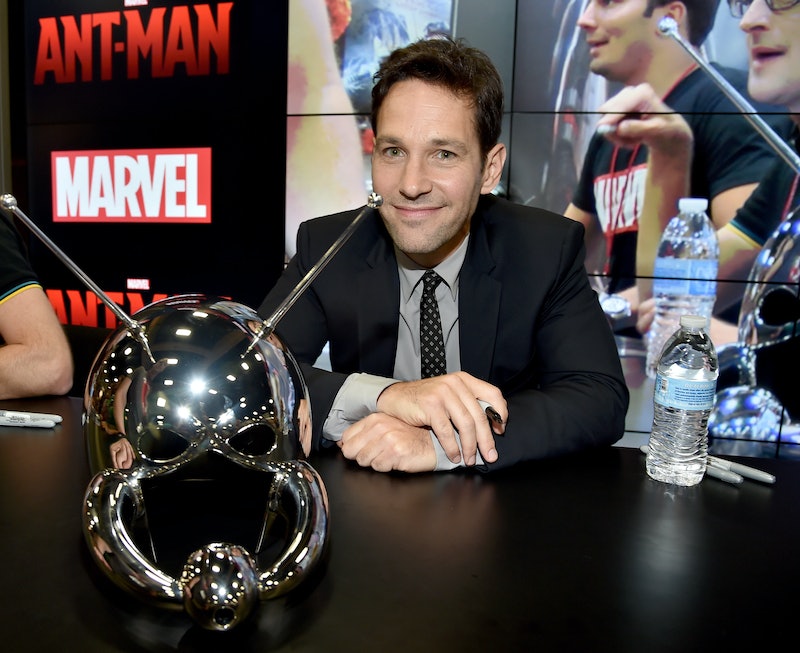 Nearly ten years ago Derek Zoolander once asked us, "What is this? A CENTER FOR ANTS?" and now it seems the world has gone mad and there are more and more ant-sized things popping up in our human-sized world. The marketing geniuses at Marvel have started placing tiny billboards all around Australia to promote the summer release for Ant-Man. These miniature wonders are powered by LED lights and can be seen all over Melbourne, Brisbane, and Queensland. Many-a-crook has tried to yank the promotional items, but their dastardly plans were foiled, FOILED I SAY, by glue. If a sneak peek at Paul Rudd's six pack in the teaser trailer wasn't enough to make you fall in love with Marvel's unlikeliest of superheroes, their super-tiny marketing surely will.

The teeny tiny billboards will also help to push the comedic element of Ant-Man . Sure he's a superhero on a mission to save the world from imminent destruction, but he's also played by one of the funniest and most charming men in Hollywood...and it's a superhero that's an ant. The concept alone is, well, funny.

To get you ready for the July 17 release of what will surely be another mega-hit for the Marvel Universe, here are all of the tiny things to fall in love with. Enjoy.

The film that gave us Lena Dunham!