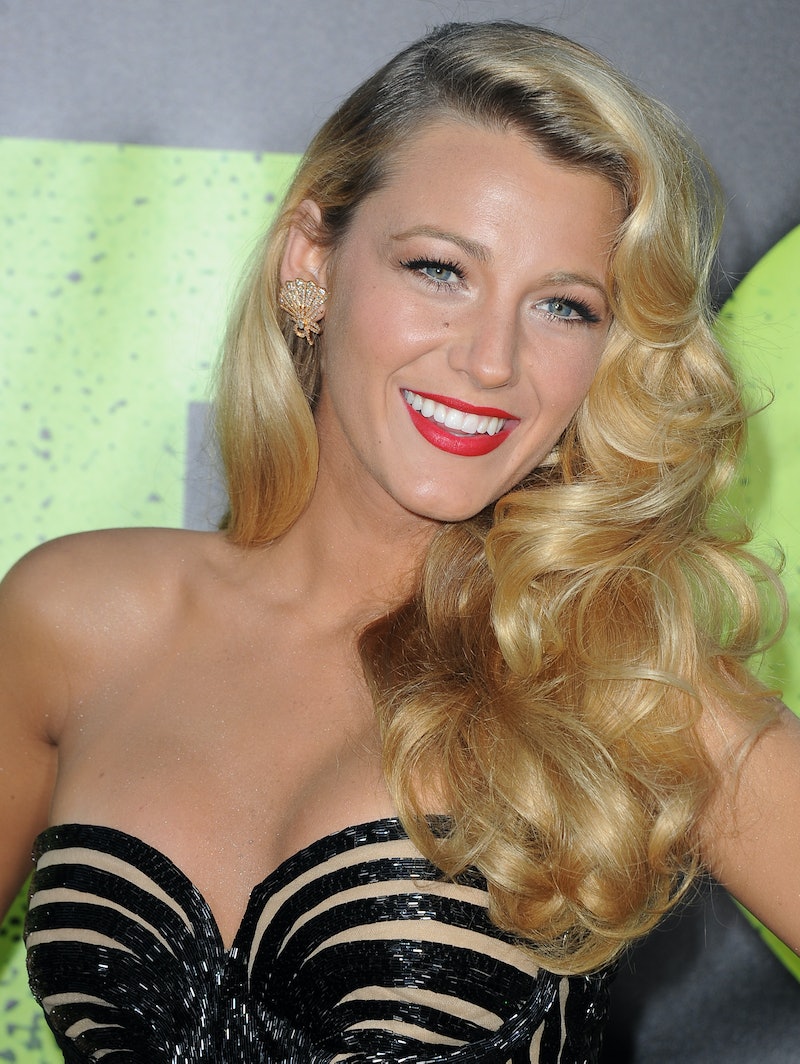 Step aside Ryan Reynolds, because now it's your wife's turn to talk about the baby. While chatting with Kelly Ripa and Michael Strahan on Live! With Kelly and Michael, Blake Lively opened about her daughter, James. Not only did she dish about what it's like being a new mom, but she also talked about her hubby's diaper duty skills. Like Reynolds previously revealed, Lively is used to not sleeping thanks to the baby. She revealed, "I slept two hours last night." With that said, Lively still finds time to worry constantly. She said,

Everything is different. You see a balcony and you're like, "Oh, my God! The hotel needs to demolish this balcony because my child can't go anywhere near it." Everything is just so much more heightened. We're crying all the time for no reason.

When it comes to changing diapers, the actress admits they take turns, but Reynolds finds it easier to use the big diapers meaning James' diapers are "up to her chest." During the interview, Strahan mentioned that Reynold's smelled like baby power when he came by the show, but Lively reveals he now "smells like poop." Hmm... does that explain the mysterious poop emoji tweet Lively posted? There's a very good possibility.

We've yet to see what James looks like (except for that time she resembled a blanket), but the Age of Adaline star did say, "I think she looks like her daddy. I want a maternity test!" Well, either way, you know their daughter inherited her parents good looks. Come on, how could she not?

As for the name, Lively revealed on Good Morning America that it's a "family name." She also added, "And I like having a boy’s name, so I thought I’d pass it along." Good choice, Blake. Good choice.

Lively hasn't talked too much about her daughter (unlike Reynolds who can't stop gushing about her), but it seems she pretty much feels the same way about their addition: over the moon and that she can't get enough of her.