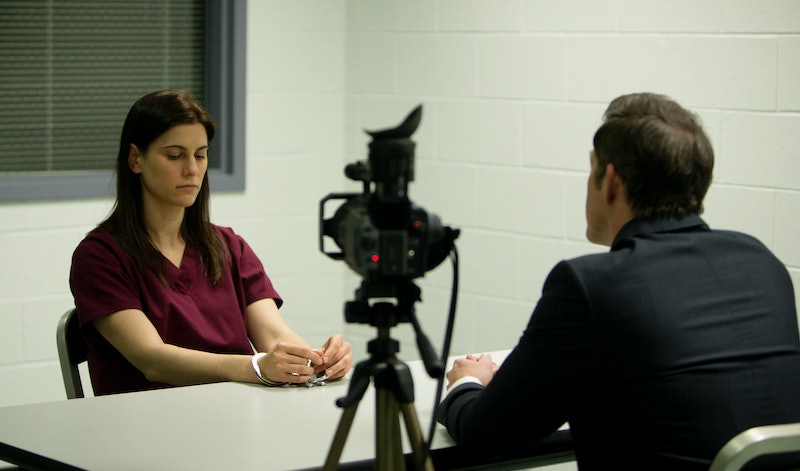 Is anyone not in on Lori's madness on Finding Carter? I wasn't expecting a break from Carter's kidnapper now that she's behind bars, but I always wanted to believe that she's been working alone. (I mean, if not, someone should've stopped her from wearing that awful blonde wig in Season 1.) On Tuesday's Finding Carter , Lori's boyfriend called Carter and invited her out for coffee, which Carter went to even after what happened the last time she met someone for coffee. So, was Alan the person Lori called during the Finding Carter premiere? And does that make him the Wilsons' greatest threat?

The series still hasn't confirmed who Lori called when she had Carter drugged and held captive in a hotel room. But, after Tuesday night's episode, it seems like that person might've been Alan, especially when we consider how at ease Carter was with his phone call and meeting him in person. Clearly, Carter had a relationship with Alan when he dated Lori seven years ago, but it doesn't seem like he's a good guy. I mean, he actually dated Lori, so I was already skeptical of him before he called and essentially threatened Lori in jail.

Apparently, because Alan chose to help Lori by manipulating Carter into feeling bad for her kidnapper, Lori now owes him one. Which, unfortunately, might mean that Carter and the Wilsons are headed for more kidnapping troubles in the future. This guy is sticking around and, now that Lori possibly proved herself to be crazy for real in her expensive evaluation, he might come to collect on what Lori owes him sooner rather than later. I don't think Alan would try to kidnap Carter — though it'd probably be easy for him to do, when we consider how relaxed she was about meeting him without any supervision — but he might try to kidnap another Wilson and use them to make some type of deal, either for Lori's freedom or money. (It's no secret that Elizabeth's parents are rich.)

So, what can we expect from this new character that also has a mysterious past with Carter and Lori? Will it turn out that Alan had a bigger hand in Carter's kidnapping than it seems right now? No one really saw Lori being Elizabeth's egg donor coming, so it'd be pretty easy for Alan to come into the story and really make a mess of things without warning. Either way, Carter definitely isn't safe, even with Lori behind bars.