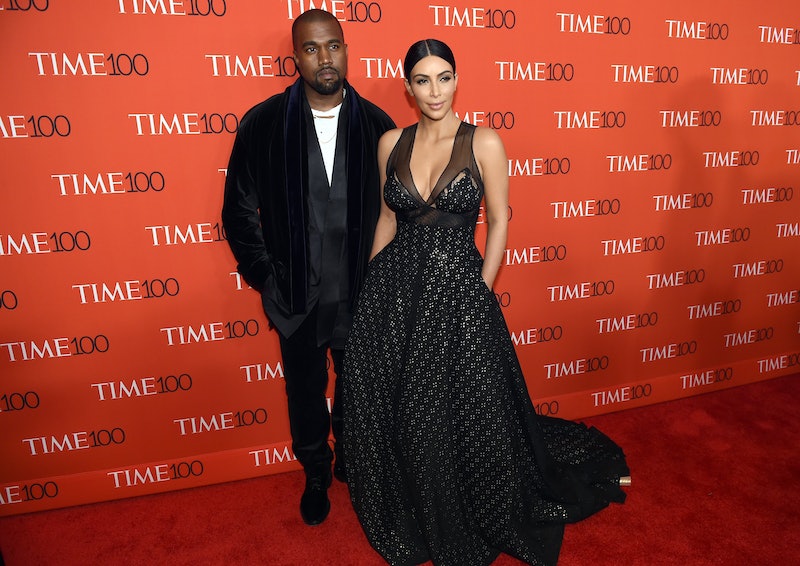 Paparazzi often get so close to celebs that you wonder if they have ever tripped someone or stepped on a toe. Well, one paparazzi photographer stepped on Kim Kardashian's dress while she was getting into the car to go to the TIME 100 gala, and the reaction is well, quite hilarious. You would think Kim would be upset about the mishap, but she actually just shakes it off — it's the paparazzi and the crowd of fans that loses it.

In case you missed it, Kim's Sophie Theallet dress was stunning, black, and had a long train. I'm sure she was just trying to keep her cool when the photographer accidentally stepped on it, but I would've probably been a little bit more peeved. But then again, the dress is likely on loan from the designer, so she's probably like #YOLO.

The crowd starts a chorus of "whoas" and shrieks as one photographer barely steps on the dress. Maybe they just wanted to throw that one photographer under the bus? Because in my opinion, it didn't seem like it was that bad. Regardless, the whole situation is pretty funny as Kim just ignores the annoying paparazzi, like she has probably trained herself to do.

The real important question from this whole scene: how did that kid at the beginning of the video just jump out and catch a selfie with Kim?! Props to that guy. You can watch the whole video of the stepping-on-the-dress debacle over at Daily Mail.

The crowd reaction is priceless.

Here's an angle that really shows the crowd reacting.