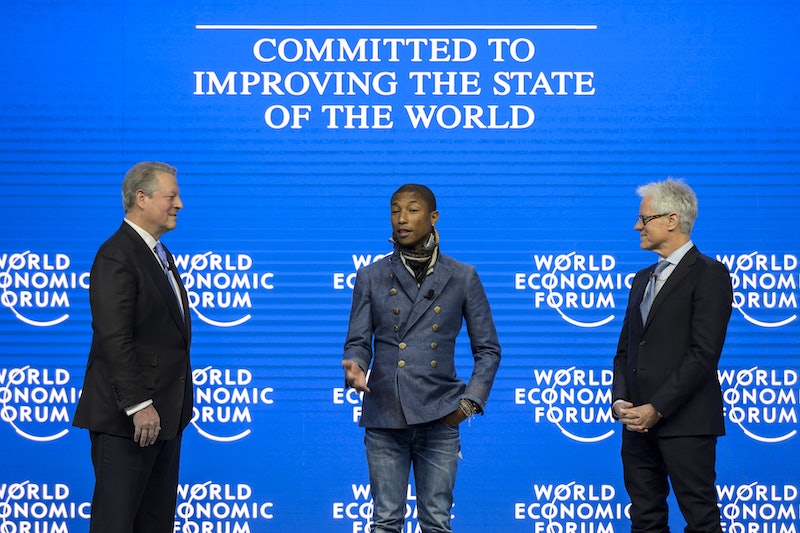 This year's Live Earth concert series will treat audiences to performances by more than 100 artists, but putting together the massive, inter-continental event surely isn't easy. Organizers have less than two months to coordinate the concert series, but have recently found themselves on the receiving end of one animal rights organization's wrath: PETA slammed Al Gore's non-vegan Live Earth concerts, demanding to know why the climate change events are not serving an exclusively no-meat, no-dairy fare. Live Earth responded by stating that it does not have full control over which food vendors the concert venues employ. Gore himself has not yet responded, but Bustle has reached out to him for comment.

According to email exchanges between PETA and Live Earth organizers acquired by BuzzFeed News, the radical animal rights group repeatedly asked organizers if they plan to serve a vegan-only menu, to which organizers responded that they were coordinating with their partners on concerts' sustainability and that they were devoted to promoting the vegan lifestyle. Gore and Kevin Wall are co-founders of the event, which this year will ambitiously take place across seven continents on June 18.

Senior vice president of PETA Lisa Lange told Buzzfeed News in an email that Live Earth organizers displayed "hypocrisy and sheer laziness" should the event fail to be a non-vegan-only affair. She added:

They either care about stopping climate change or they’re more interested in the appearance of caring. While they decide, the earth is dying so PETA is hoping they immediately announce that they’re putting their mock meat where their mouths are, and making the Live Earth events vegan.

Director of communications for Live Earth Jillian Dunn told BuzzFeed News that organizers did not have total control over the venues' fare as some of them have pre-existing agreements with vendors:

Where it’s in our control, we go with what the principles of our events and our campaign are and that falls into being as vegan as possible. We’re very conscious of how animal production and animal waste affects climate, as well as animals themselves.

PETA previously sent a letter to Gore and Wall urging for the event to not serve meat or dairy products and also wrote on its website petitioning supporters to back up their message by sending one themselves. The page read:

Kevin Wall and Al Gore refuse to say whether the event will be vegan, as any event seeking to stop climate change must be, or whether they will serve Earth-killing meat and dairy products.

Veganism has long been touted as the most environmentally-sustainable diet, and has gained widespread popularity across the nation; Gore himself went vegan in 2013. A federal panel involved in setting up federal dietary guidelines took into account environmental impact in its recommendations for the first time this year, advising Americans that a vegan diet is both healthy and has less impact on the environment — which, naturally, caused a hostile reaction from the meat industry.

But the diet is not wholly supported by many environmental activists, and debate is rife. While making the point that a climate change-promoting event should reflect that in most (if not all) aspects of itself is an excellent one, the vegan diet is still relatively new to the mainstream public, whose enthusiasm for halting climate change does not necessarily translate to their eating habits.

More like this
15 Black-Owned Liquor & Wine Brands To Add To Your Bar Cart
By Alexis Morillo
8 Charities To Donate To During Black History Month
By Alexis Morillo
These Artists Are Reimagining Black History Month To Create A Better Future
By Katie Mitchell
Here’s Where The NHS Nurses’ Strike Currently Stands
By Sophie McEvoy
Get Even More From Bustle — Sign Up For The Newsletter
From hair trends to relationship advice, our daily newsletter has everything you need to sound like a person who’s on TikTok, even if you aren’t.