Bravo's first of three segments of The Real Housewives of Atlanta Season 7 reunion was only pleasant and cordial for a few minutes before all the shade started flying. We began this week with a little behind the scenes introduction to the reunion, as they primped and prepared, and then we were treated with a little tease of what's coming up, including visits from the husbands and of course, a dramatic exit. And accusations of infidelity were a recurrent pattern on this week's episode, from the beginning almost straight through to the end of the show. But you know it only took ten minutes for these ladies to stop politely sipping tea and start spilling it all over the stage.

Also strange, this episode was structured like an episode of Saturday Night Live, with a fake commercial for "The Real Housewives of Atlanta Wig Collection." My personal favorite was "Some Like It THOT." Close second was Claudia wearing two wigs on top of one another with the caption "Life's A Drag." The commercial parody came right in the beginning of the episode, but even though the ladies mustered up some laughs for Andy, they didn't last for long once Porsha came out on the stage. According to Claudia and everyone else in the cast, Porsha was dating a married African man during the season, not the athlete she claims to be her recent ex. But to avoid legal trouble, no one mentioned either the athlete (rumored to be Norris Cole or Lesean McCoy) or the African (rumored to be... from Africa). 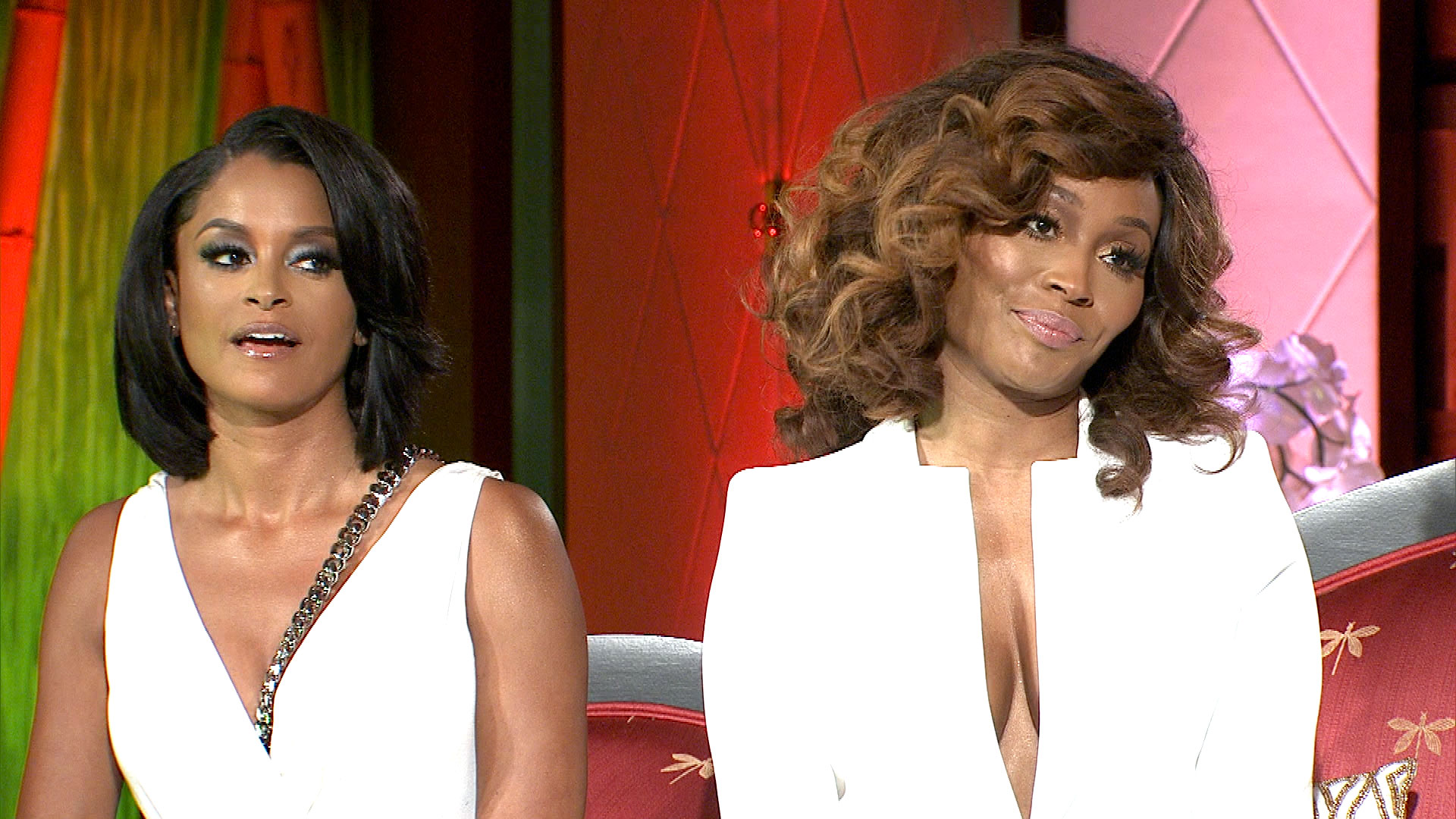 Cynthia clocked some of the other ladies for accusing Peter of cheating on her, vehemently denying it. And then Kenya's past with Apollo and whether or not she encouraged his self-proclaimed lies. And even though there was tons of Season 6 finale deja vu, thankfully there was no violence because of increased security measures, and Andy did nervously confirm that Kenya didn't bring any non-hair related props. So even though Porsha & Kenya got back into it, they didn't take it to a physical place.

The ending of the episode, like this article, was strangely abrupt, and didn't reach any conclusions about any of the leveled accusations. Also, a disappointing regression — I thought that Kenya and Phaedra made up. My only wish would have been for Sheree to really walk out when Andy joked about it. That would have made this episode sing.