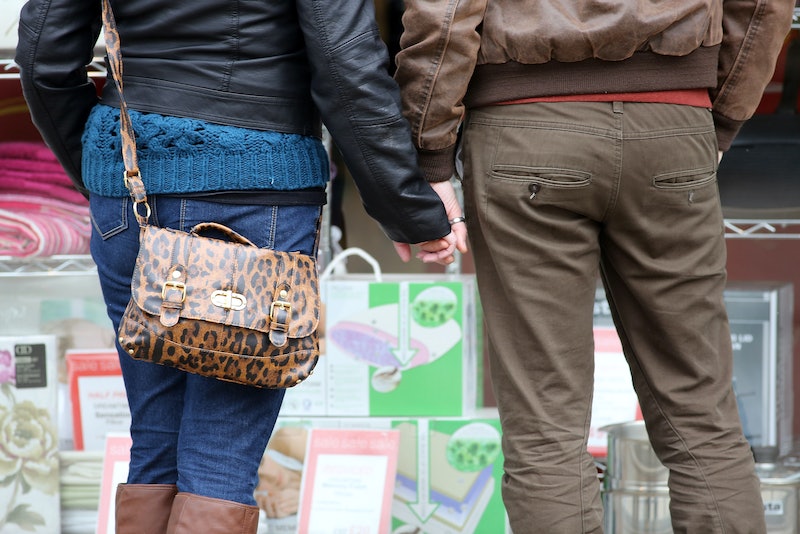 Here’s a shocking little tidbit of information: Women and men have similar sex drives. I know, crazy right? After all, how many times have we seen this common relationship scenario play out in mainstream media: A husband and wife are in bed. The husband comes onto the wife, only to be turned down by a, “Not tonight.” We have seen varieties of this situation over and over again. Not to mention, we hear the jokes about how women are not as libidinous as their male counterparts. But a new study shows that may not truly be the case. Research shows that women want casual sex just as much as men.

In a new study published in the journal Archives of Sexual Behavior , two German researchers, Andreas Baranowski and Heiko Hecht replicated a 1978 study by Russell Clark and Elaine Hatfield. In the Clark and Hatfield study, volunteers at Florida State University were told to approach people on campus and deliver this pick-up line: “I’ve noticed you around campus. I find you to be very attractive.” Cute, right? Keep in mind, this was 1978. Then, the volunteers would give the approached one of three randomly chosen options: “Would you go out tonight?”, “Will you come over to my apartment?”, or “Would you go to bed with me?” The results found that men and women were equally likely to accept the date offer, however, surprise, surprise, none of the women said yes to sex with a complete stranger, while three-quarters of the men did.

Flashing forward to 2015, Baranowski and Hecht took that study and made a few tweaks. One of which being that the study was held in a nightclub instead of on campus. They found that the results echoed the original study. Baranowski and Hecht concluded that maybe women were less likely to respond positively to pick-ups by strangers because of fear. Fear of sexual assault. Fear of judgement. In a world that so obviously treats women differently than men, women fear that their reputations will be damaged. After all, slut-shaming is most definitely a thing.

In order for Baranowski and Hecht to check whether women were just held back by fear when it came to sexual encounters, they changed up their study once again. This time, they made participants believe that they could say yes to sex without the fear of anyone finding out or the fear of physical danger. Participants were brought into a lab where they were told that they would be helping out a dating company evaluate their compatibility rating system. They were presented with pictures of members of the opposite sex and were told that the people in the picture had agreed to meet with them for a date or for sex. Baranowski and Hecht hoped that in this new kind of setting, the participants would be able to freely reveal their true feelings toward dating and casual hookups without outside fears.

Their experiment adjustments were met with astounding results. They found that 100 percent of men and 97 percent of the women in the study would say yes to meeting up for a date or sex. This led researchers to conclude that women may project themselves as being sexually choosy and more conservative than men, but under the right circumstances, women’s sex drives are actually comparable to men’s.

When it comes down to it, women want sex just as much as men do. But due to judging eyes, women don't feel that they can be as open about it.

More like this
The Best Time To Date After A Breakup, According To Experts
By Bustle Editors
Expert Tips For Being On Top When You're Plus-Size
By Lexi Inks
How To Do The Intimacy-Boosting Lotus Sex Position
By Laken Howard and Lexi Inks
Jennifer Coolidge Got A Lot Of “Action” Thanks To 'American Pie'
By Catharina Cheung
Get Even More From Bustle — Sign Up For The Newsletter