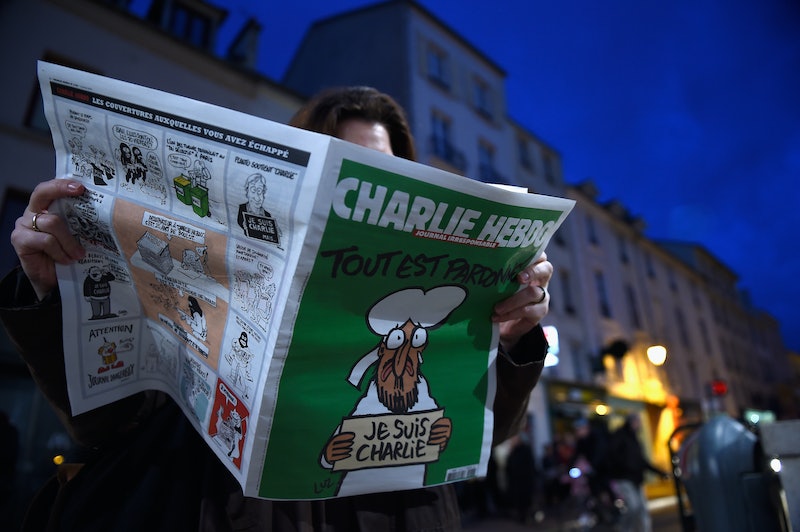 The French satirical publication Charlie Hebdo 's office was attacked by extremists in January, killing 12 people, including the magazine' editor Stéphane Charbonnier, or "Charb." However, the authors boycotting the PEN gala spoke out in a letter on why the award celebrating freedom of expression should not be given to Charlie Hebdo.

Our concern is that, by bestowing the Toni and James C. Goodale Freedom of Expression Courage Award on Charlie Hebdo, PEN is not simply conveying support for freedom of expression, but also valorizing selectively offensive material: material that intensifies the anti-Islamic, anti-Maghreb, anti-Arab sentiments already prevalent in the Western world.

We the undersigned, as writers, thinkers, and members of PEN, therefore respectfully wish to disassociate ourselves from PEN America’s decision to give the 2015 Toni and James C. Goodale Freedom of Expression Courage Award to Charlie Hebdo.

Carey, in The New York Times, wondered if the issue was a freedom-of-speech issue that PEN America should be "self-righteous" about:

All this is complicated by PEN’s seeming blindness to the cultural arrogance of the French nation, which does not recognise its moral obligation to a large and disempowered segment of their population.

But there's at least one major author taking PEN America's side in the debate: Salman Rushie, who has also been a recipient of Muslim protests and has had a fatwā calling for his assassination given by the Supreme Leader of Iran in 1989. Rushdie engaged in heated social media debate with one of the original six dissenters, Francine Prose, during which he made this remark:

In politics you can’t both be for and against. Your act says you are against. And that makes you (plural) fellow travellers of the fanatics. I wish it were not so, but it is, and when Peter Carey asks if it’s even a free speech issue, and calls PEN self-righteous for taking it up, and then attacks the entire nation of France for its arrogance; and when Teju Cole says that Israel is the cause of anti-semitism; then you have some very unfortunate bedfellows indeed. I hope that our long alliance can survive this. But I fear some old friendships will break on this wheel.

PEN America, for its part, doesn't seem to have any intention of changing the award's recipient. May 5 prior to the award gala, PEN America will sponsor a panel on "Charlie Hebdo and the Challenges to Freedom of Expression," which will include the new editor-in-chief of Charlie Hebdo Gérard Biard and its film critic Jean-Baptiste Thoret.

President of PEN Andrew Solomon spoke out on the controversy of rewarding Charlie Hebdo:

The award does not agree with the content of what they expressed, it expressed admiration for that commitment of free speech. ... If we only endorsed freedom of speech for people whose speech we liked that would be a very limited notion of freedom of speech. It’s a courage award, not a content award.

Solomon went on to compare the award to PEN's decision to include Pussy Riot at last year's gala.

[Pussy Riot's] content is in many instances juvenile, and many people had felt that removing large parts of your clothing in an Orthodox church was offensive, but in standing up to the Putin regime they did something worth admiration.

The PEN gala is scheduled for May 5.