Obviously, the objectives in Ever, Jane are far from your typical video game goals. There are no zombies. No cars. No battlefields. Judy Tyrer, the game's lead designer (and a Second Life alum), told Indie Statik that Ever, Jane is "not about kill or be killed, but invite or be invited. Instead of raids, we will have grand balls. Instead of dungeons, we will have dinner parties."

Aaaaaaamazing. This might be the first MMORPG (massively multiplayer online role--playing game) I actually want to try, and I don't even like Jane Austen (but I do like grand balls, obviously). Here's more on the game's rules, from the Ever, Jane website:

All the characters in Jane Austen’s novels have specific traits that influence how the world reacts to them. Mr. Darcy, for example, comes across as one who lacks happiness compared to his more fun-loving companion Mr. Bingley. He has sacrificed his happiness in life to attend to his duties to his sister and his aunt. It is not until he has fallen in love with Elizabeth that he puts his happiness ahead of duty to his aunt.

Each character in Ever, Jane has its own set of character traits and it is up to the player to determine which traits must be sacrificed. The choices the player makes will determine the opportunities available throughout the game.

The five active traits in the game are status, happiness, kindness, duty and reputation. Passive traits include gentility, wealth, beauty, grace and wit (no word on which category mastering the pianoforte falls under).

Right now Ever, Jane is still in development, but you can play a basic prototype of it here. "It’s very early days for Ever, Jane at the moment," Indie Statik notes, "and so the prototype just gives you a very basic and quite garish look into what could be."

A Kickstarter fundraising campaign for the game launched this week and will run through December. If you're into the idea and want to donate, remember: "Acts of kindness inspire others to act kindly as well and many opportunities will be open ." That may be from the Ever, Jane rules, but it's a pretty good maxim in the real world, too. 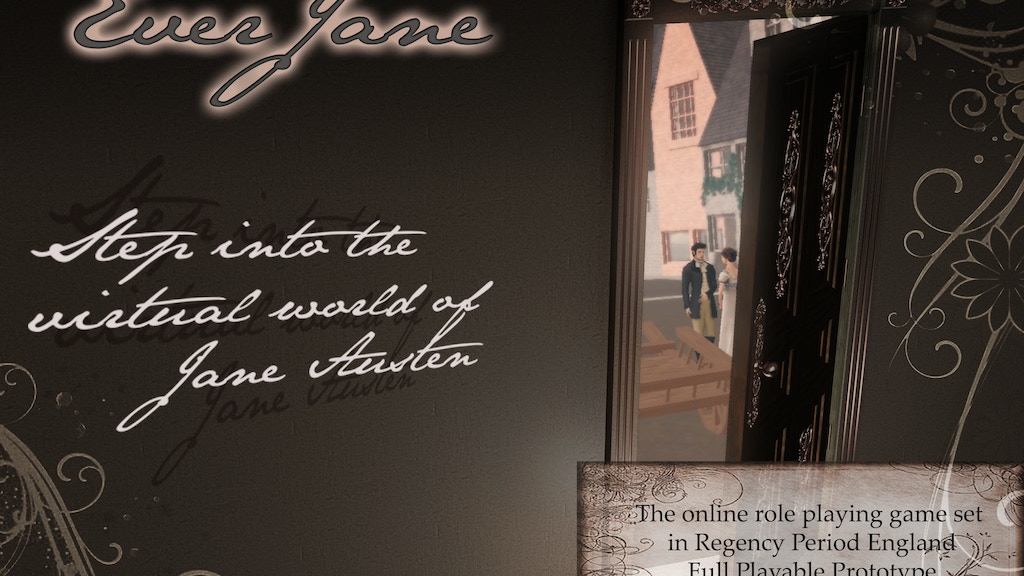 More like this
16 Novels That Paint A Realistic Portrait Of Abortion
By K.W. Colyard
At 14, Jenny Han Wrote Rom-Coms About Her Friends & Fan Mail To Leo DiCaprio
By Alyssa Lapid
Aesop's Queer Library Is Open
By Tomi Otekunrin
'The Summer I Turned Pretty' Book Ending Is An Emotional Rollercoaster
By K.W. Colyard
Get Even More From Bustle — Sign Up For The Newsletter